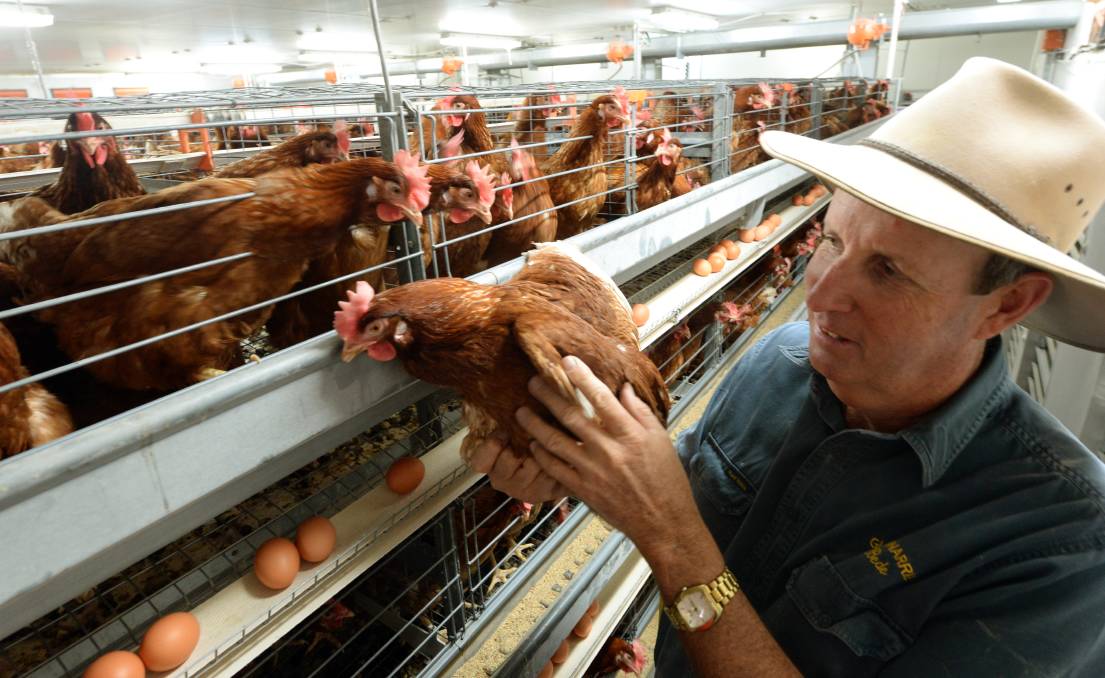 Few Australians give much thought to the effort required to satisfy our 13 million-a-day egg consumption habit, but we can expect to hear much more about it in coming months.

Egg producers are bracing for a potentially fierce public relations blitz pitched at pushing them to abandon caged egg farming.

A major review of welfare standards for poultry is set to release draft national guidelines by mid-year, seeking public comment on farm processes and conditions for all manner of birds from quail to ducks, turkeys and layer hens.

At present the proposed new standards and guidelines do not suggest major changes to cage housing for layer hens.

However, the RSPCA has already threatened to reject 18 months of negotiations on the animal welfare code as part of its public protests aimed at shaming the industry into abandoning caged egg production.

About 11 million hens are housed in conventional cage systems holding about six birds in cages about 600 centimetres wide and 500cm deep.

“We expect the new welfare standards will potentially require changes to infrastructure such as lighting, and some new handling and husbandry requirements, but we know some lobby groups want the issue pushed much further,” said Egg Farmers of Australia chief executive officer, John Dunn.

He said plenty of expert advice, including scientific reports highlighted the superior hen mortality and health advantages of cage systems, yet was ignored by the anti-cage lobby’s emotive agenda.

Our appetite for eggs jumped to about 226 each last financial year –  up from 183 a decade earlier. 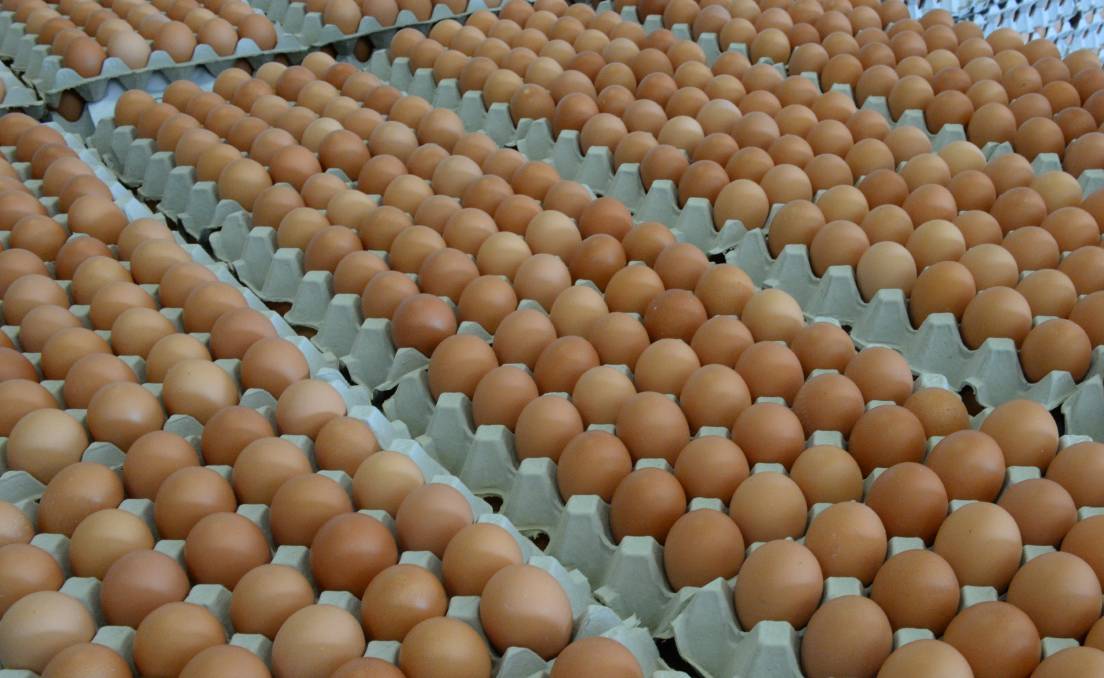 About 56pc of all eggs consumed originate from caged hens, including those used by food processors, restaurants and cafes.

About 56pc of all eggs consumed originate from caged hens, including those used by food processors, restaurants and cafes.

Caged eggs make up almost half what sells in grocery outlets, including retailers Aldi, Coles and Woolworths which have expanded their free-range and barn laid offering at the expense of caged eggs in the past five years.

However, a third of shoppers insist on only buying eggs from non-caged environments, according to Australian Egg Corporation studies.

The RSPCA claims independent scientific evidence on cage housing clearly shows conventionally caged chooks are always stressed, have poor bone and feet health and suffer because they can’t spread their wings, scratch or perch in that environment.

The animal welfare body’s national CEO, Heather Neil, was confident most people supported her view there was no long-term future for conventional cage systems.

Barn-laid egg production would be much more suitable than cages, and also more financially practical than free-range for many poultry farmers, said RSPCA spokesperson, Jane Speechley.

The organisation has written to egg producers, and initiated an online petition, ramping up its case to phase out cages.

It also wants a fresh scientific review of cage systems, to overlay the work already commissioned by Animal Health Australia, arguing its own scientific research proved cages were cruel. The RSPCA wants a fresh scientific review of cage systems.

Its 40-page submission advocating cage-free egg production agreed each different housing system had hen welfare advantages and disadvantages, but the severe behavioral inhibition in “battery” cages was caused by caged farming systems, and this could not be improved by management.

RSPCA’s Ms Speechley said the government-initiated consultation on welfare standards did not consider the science and the draft report’s integrity was doubted by several scientists.

“It’s strange they’re not acknowledging the evidence, including the move away from battery cages overseas,” she said.

The RSPCA points to the 80pc cage-dominated layer industries in New Zealand and Canada going through a legislated cage phase-out, and the European Union’s switch to larger colony cages (furnished with perches and nests) in 2012.

NSW caged egg producer, Bede Burke, said there was no consistency and a lot of “crazy” expectations among anti-cage lobbyists, most of whom also seemed set on ignoring the mortality rates, bacteria problems and high antibiotic and drenching needs in most cage-free flocks.

Mr Burke, who spent about $3m building two modern, temperature-controlled sheds for 106,000 birds near Tamworth prior to current cage designs becoming law in 2008, said he would need another $3.2m to double his housing area if he switched to barn-laid production.

He estimated only 60pc of the industry upgrade costs incurred with new cage rules legislated 14 years ago had so far been paid for.

“It would cripple producers and savagely cut Australian egg production –  and increase egg prices –  if more big changes were introduced at this point,” Mr Burke said.

He knew of egg producers who had switched to free-range, but now struggled with unanticipated higher labour and feed costs and lower productivity and bird health issues, plus tight margins.

EFA’s Mr Dunn said farmers would not be bullied by single interest activists, but would work with the various, health, welfare and industry experts drawing up the new welfare standards.

“We support the process and its integrity so far and we anticipate we’ll welcome the standards decided,” he said.

“The best we can do is make sure consumers are aware caged housing is acknowledged as safer, cleaner and healthier.

“Hen mortality rates are less than three per cent in caged systems, but in double digits in free-range environments.”