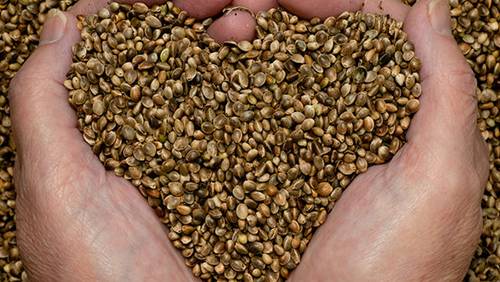 GROWTH INDUSTRY: Low THC hemp seed products have been approved as a food.

LOW-THC hemp seed products have been approved as a food by Food Standards Australia and New Zealand (FSANZ).

Food Standards Australia New Zealand (FSANZ) has prepared and assessed a proposal to develop a food regulatory measure to permit the sale of food derived from the seeds of low delta 9-tetrahydrocannabinol varieties of Cannabis sativa.

Hemp Foods Australia founder and CEO, Paul Benhaim, said the demand for Australian hemp foods would quadruple in the next few years.

Mr Benhaim said Australian hemp farmers were encouraged by the prospective legalisation of the crop as a food and its separation from marijuana.

The international market for hemp foods was currently estimated at $1 billion, he said.

“This is another positive step in the years long work and investment in achieving legalisation for omega-3 rich hemp as a food in Australia,” Mr Benham said.

“It will also contribute significantly toward more sustainable farming in Australia, with the added bonus of creating considerable job opportunities for Australia’s farming industry.”

Approval of the plant will pave the way for Australians to reap the health, economic and environmental benefits of a healthy local hemp food industry, with legalisation of the crop a key step towards more sustainable farming in Australia too. In addition to this, as a food, hemp is a highly nutritious source of plant-based protein and can be used as food ingredients like flour, oil and protein powder.

Mr Benham said the decision by FSANZ was a key step toward encouraging ministers to approve of the plant for human consumption, with a decision due to go before the Australia and New Zealand Ministerial Forum on Food Regulation on April 28, when the next Council of Australian Governments (COAG) meeting is scheduled to take place.

Hemp Foods Australia says it is confident that the ministers will grant legalisation on April 28, which will see hemp foods become legal to purchase from November 2017.