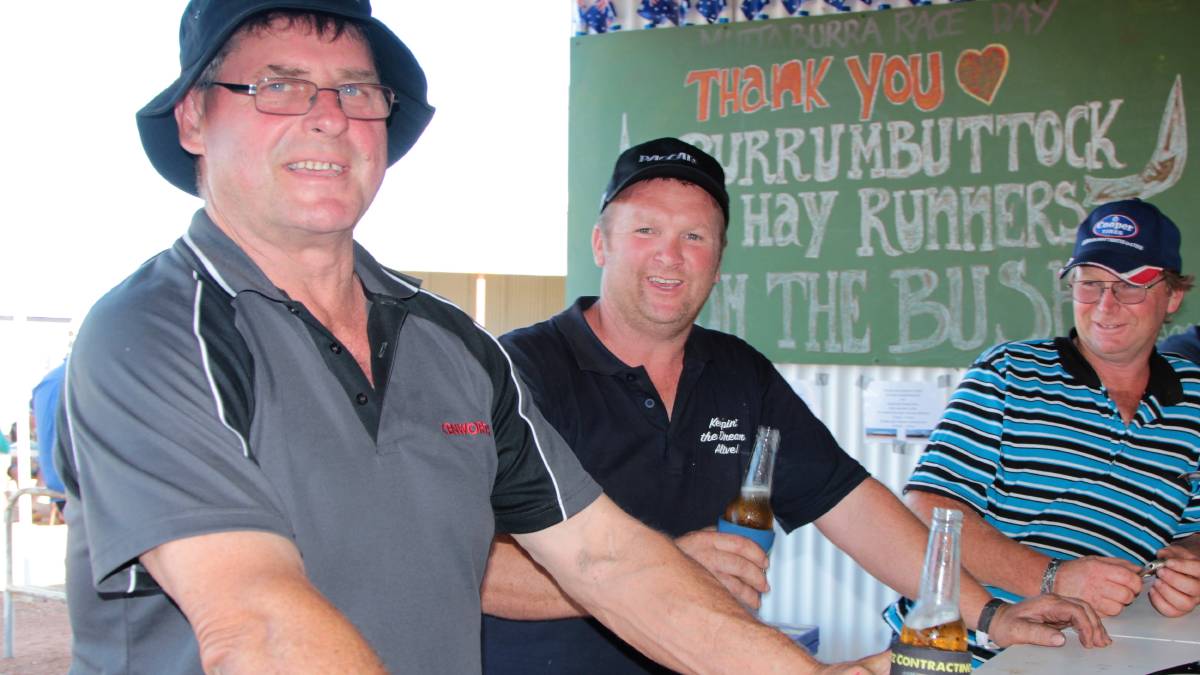 The men who have been giving their time to deliver generous donations of hay to drought-stricken western Queenslanders have been returning home with experiences of a lifetime as they meet up with the people they are helping.

The men who have been giving their time to deliver generous donations of hay to drought-stricken western Queenslanders have been returning home with experiences of a lifetime as they meet up with the people they are helping. Bill had been on the previous hay run to Ilfracombe last April and said an incident then had left a lasting impression.

“A bloke from Toowoomba jumped in my truck last year when we were at Wyandra, and gave me a hug, just to say ‘good on you’.

“Then this year his wife came all the way out again – it was amazing to see her waving to us at the Angelalla bridge.

“It’s been great to have made that connection with people, and this trip I’m finding we have more time to talk to the people we’re helping.”

While he originally got roped into the Burrumbuttock Hay Runners effort by his son Daniel, who works hand-in-hand with founder Brendan Farrell to ensure they run like clockwork, Peter Edwards is one of its strongest advocates.

From Cobram in Victoria, Peter works as a plant operator for the local shire and has a farm where he runs beef cattle and grows hay.

“Daniel asked to borrow my loader last year, and said I may as well come and drive it,” he said.

As a Lions Club member and CFA volunteer he’s seen his share of tragedy from bushfires, and helped distribute 526 hampers before Christmas, mainly to dairy farmers.

“You get hooked, I think. The more you give, the better you feel.”

During last April’s enormous effort to Ilfracombe, he was one of those delivering hay and goods to the Muttaburra area, when a local asked for his name and address.

Two or three months later an unsigned letter came in the mail from a student at the state school, thanking Peter for his kindness.

“It made me quite teary to be honest,” Peter said. “It made me feel very humble.

“That friendship is there all the time on these trips. We don’t do it for any monetary reward.”

He was hoping, with the help of the school principal, to find and thank the young person who took the time to write. Bryan Moore, Hobart, his neice Ella Moore, Blackwater, and Allison Veenstra, Camperdown, Victoria, manning the merchandise shop. Allison won the chance to ride with the convoy in a raffle, which raised $5000 for the cause.

Tasmanian truck driver Bryan Moore says he’d rather come to Muttaburra for a holiday than go to the Gold Coast, describing the little outback towns as “places with character”.

He took part in the April 2016 hay run to Ilfracombe where he got to know the organisers, so it wasn’t a surprise when he fielded a phone call saying his prime mover would look awesome in front of the new Burrumbuttock Hay Runners merchandise trailer.

For Australia’s southernmost independent truck driver – he’s based in Hobart but does an interstate freight run between Sydney and Brisbane for a living, travelling back and forth across Bass Strait on the ferry, a trip from Darlington Point to Muttaburra was a walk in the park.

He was also enjoying the air-conditioned part of the job at Muttaburra, manning merchandise sales, along with Victoria’s Allison Veenstra.

She won the chance to take part in the convoy in a raffle raising money for the Hay Runners, and said she was “stoked” with her win.

“I follow the Hay Runners and really admire what everyone’s done,” she said. “It’s been awesome; I can’t believe how hard everyone works.” 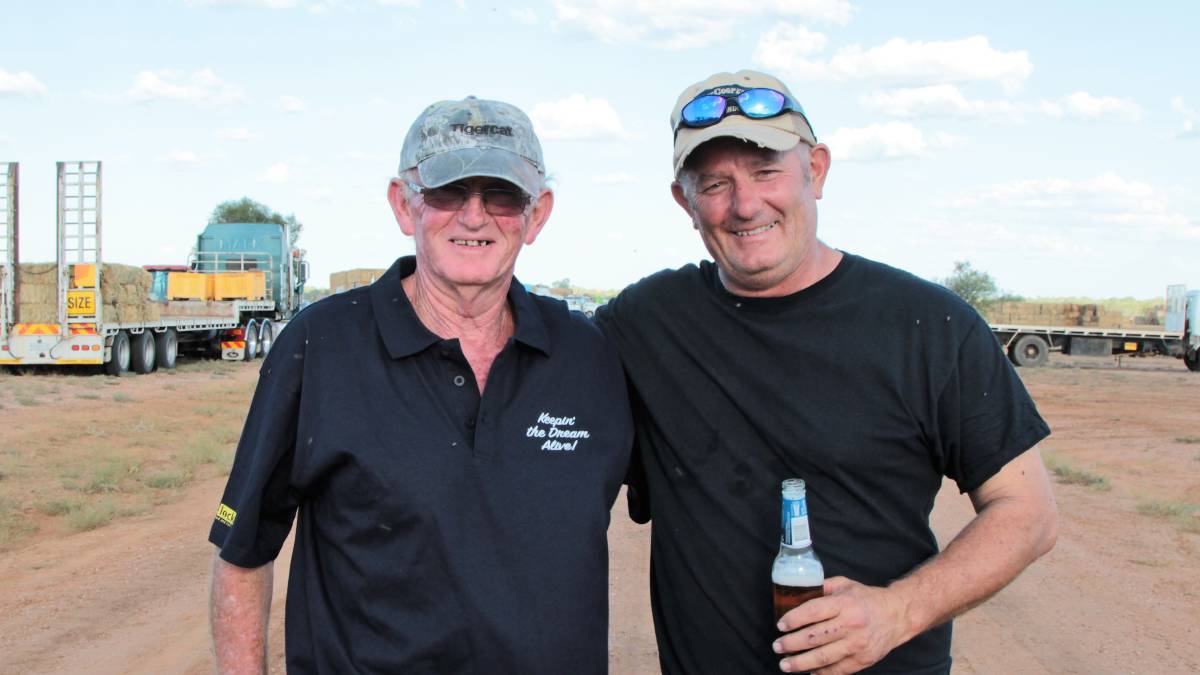 Meanwhile, Ian Bramich from Tumbarumba in the NSW High Country, and Tony Davies, Wangaratta, Victoria, reminded people that it wasn’t all about the truck drivers, and that the generosity started with the people who willingly gave up their hay.

Ian loaded his truck up with 30 square and 20 round bales, while Tony had 34 rolls of lush pastoral hay on board his traytops.

“It’s from Tarcutta and it’s off some of the best country for growing hay you’ll see in Australia,” Ian said.

“Everyone’s got to watch their finances these days, and we need to acknowledge these donors have done something very special.”

It costs each of the owner-drivers a couple of thousand dollars to join in a hay run but they said the gratitude at the end means everything.

“If you’re going to do any sort of charity, this is the best one. It’s direct help that you can see,” Ian said.