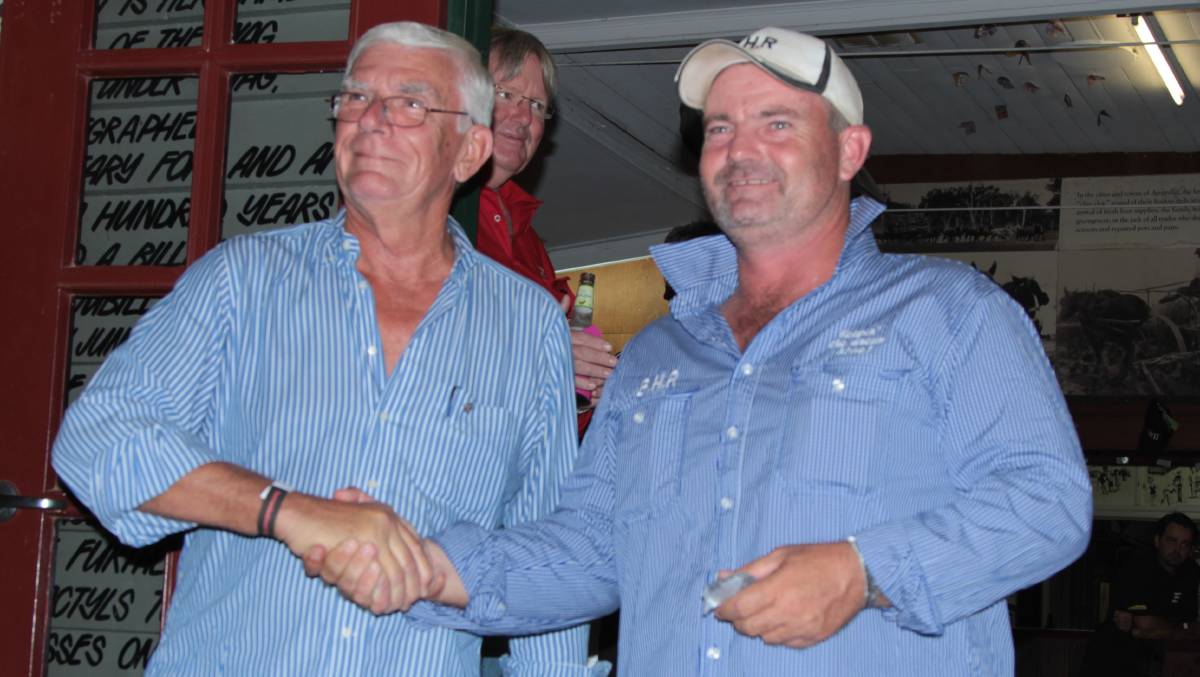 Donated hay and other goods exceeding $170m have been moved by the Burrumbuttock Hay Runners since it began its drought relief efforts.

Donated hay and other goods exceeding $170m have been moved by the Burrumbuttock Hay Runners since it began its drought relief efforts.

Rotary Club of Sydney president Alex Shaw made the announcement in Ilfracombe on Friday night before designating a sapphire pin to founder Brendan Farrell, to go with his Paul Harris Fellow.

“Bumper” was recognised through Rotary International’s honour system in 2014, and Mr Shaw said that in the last four years, his club had managed in excess of $2.5m in donations to help the hay runners’ cause.

The Rotary Club of Sydney is the conduit of all donations to the Burrumbuttock Hay Runners, which allows donors to receive tax deductions, and means the whole process is audited.

“I wish I could award a Paul Harris Fellow to every one of you,” he said, addressing the 120 truck drivers and support crew at their Ilfracombe function on Friday night.

“All of you – hay donors, truck drivers and supporters – are carrying the heavy load.”

He said that as a fellow “bushie” – he was born in Yass – he knew it was a place where mates help mates, demonstrated by the “generosity displayed from the Riverina up to Muttaburra”.

In response, Brendan said he started with a dream to take some hay to one farmer, and it was people like those present who made his dream come true.

“Rotary is aware of what I do, and it’s very important that people realise what we’re about.