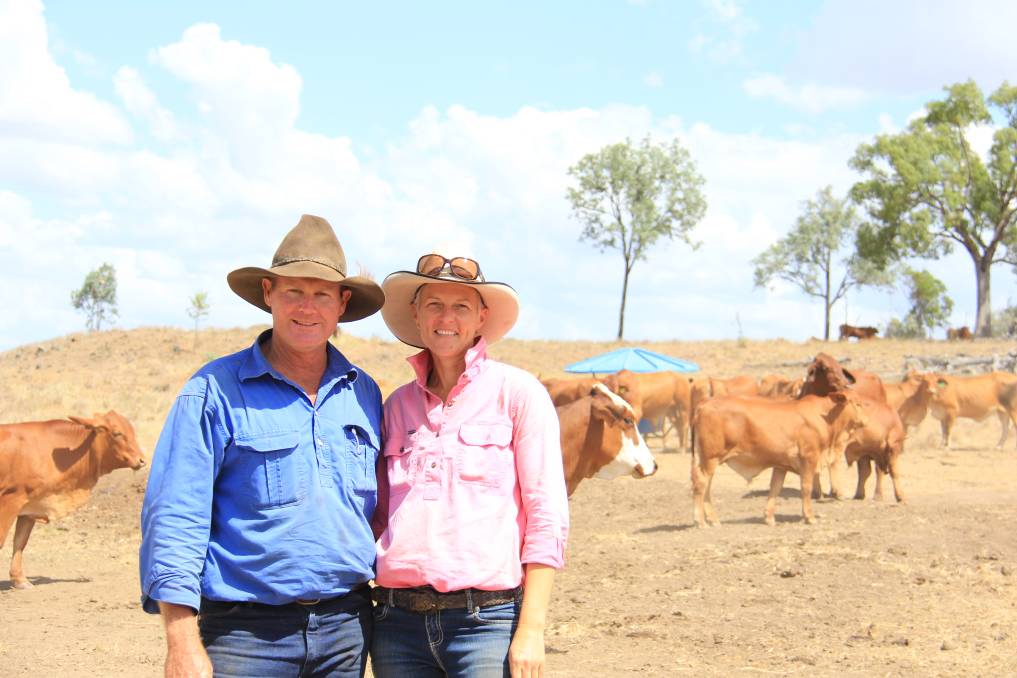 Jeff and Sue Trott, Thooruna, Mundubbera are one of many producers in the Wide Bay-Burnett who are waiting for rain.

They haven't had rainfalls larger than 38mm since January last year but the Trott family still have reason to smile.

THEY are five inches short of their average summer rainfall and haven’t seen run off rain in 22 months but Jeff and Sue Trott, Thooruna, Mundubbera are still smiling.

The family run a Droughtmaster and now Senepol cross cattle operation on their 4654 hectare property 80km from Mundubbera selling bullocks direct to the meat works.

Due to a dry season this year they were forced to sell “the bottom half” of their number five steers to feedlots for the first time to have a better chance at finishing off the remaining half.

They are currently feeding dry lick to their herd, one of their dams is at its lowest levels since owning the property in 2006 and another dam is being cleaned out.

But the couple believe their situation would be a lot worse if they hadn’t adopted a Holistic Management System two and a half years ago.

Holistic Management was developed by Allan Savory in the 1960s and recognises nature as a whole function and to use it effectively landholders need to work with nature and not against it.

The Trott family are focused on using positive impact grazing to improve soil fertility, land condition and production through the system.

By following a planned grazing system more carbon can be stored in the soil leading to more water retention and improving agricultural yields. 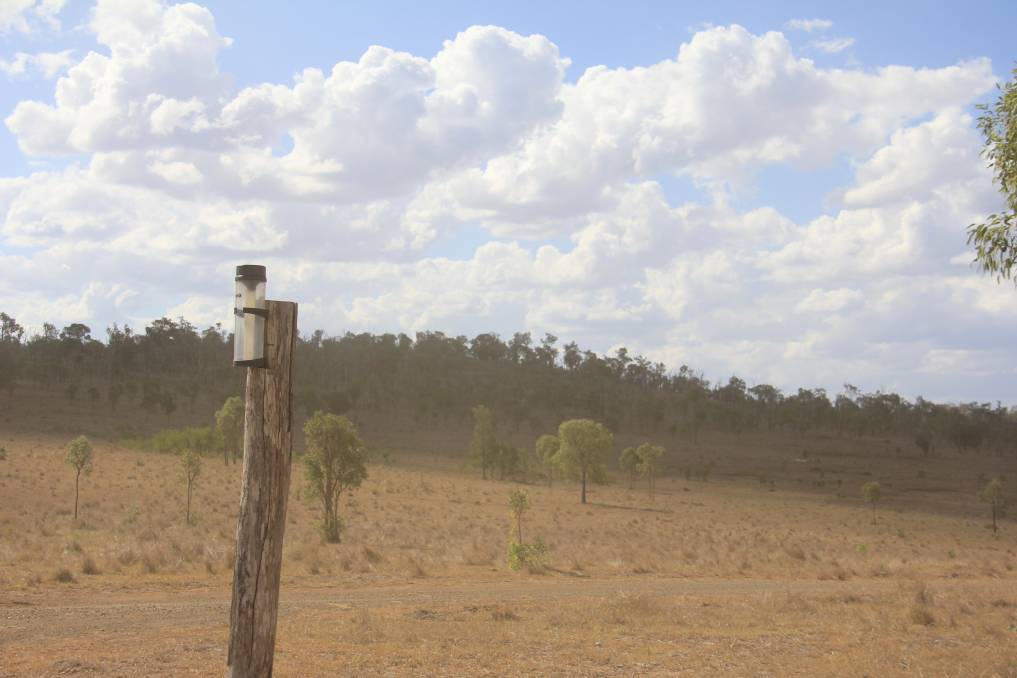 The rain gauges are looking for a drink too.

They have already divided their grower country into sections to allow for large herds to be rotated to fresh paddocks every two days with work now focusing on dividing breeder country.

Mr Trott said after floods in the area in 2013 many producers had been reducing herd numbers but they had been able to boost their breeder numbers.

“I had found some stuff on Facebook and I thought, ‘Holisitic, what is this crap?’ but I got a bit interested in it,” he said.

“We had already seen the benefits through a very non-intensive rotation system and we saw what the grass could do.

“The more research we did on it the more benefits we could see of how it was going to improve the land condition, improve the condition on the cattle and improve our bottom line. 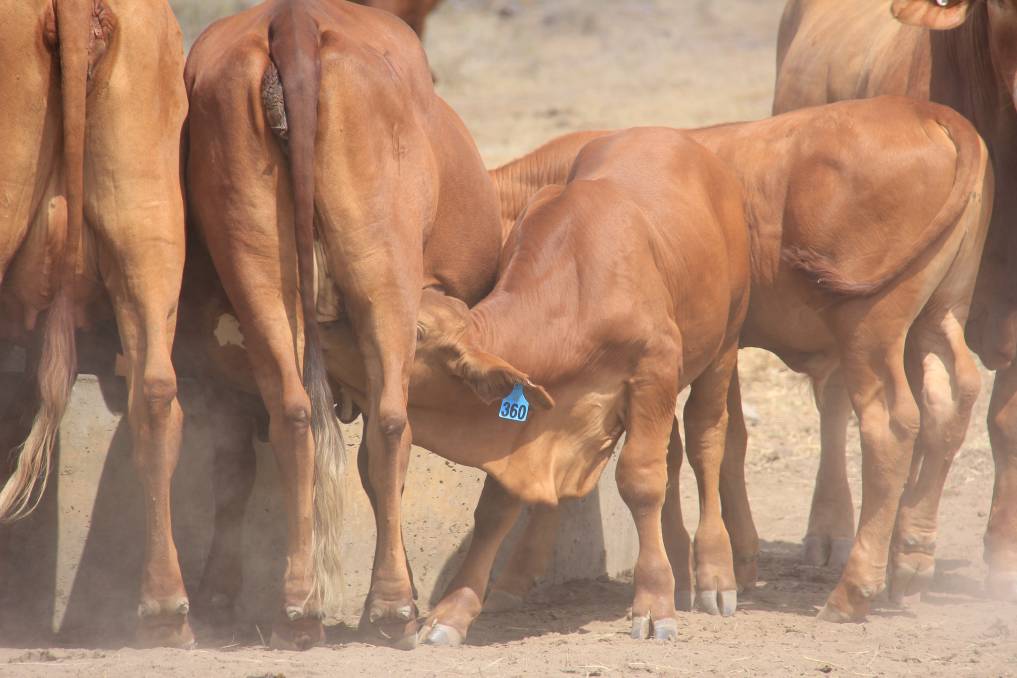 Nothing will get in this calf's way when he is hungry.

“After what we have seen this year and the position we are in now, I reckon we would be spending a lot of money on feed right now if we weren't doing what we are doing.”

While they were fortunate enough to receive above average winter rain, their biggest rainfall last year was 38mm in January and they are yet to top the figure in 2017.

They are currently at the drought reserve level of Holistic Management and will now put their breeders through a quicker two to three week rotation.

If it still hasn’t rained they will be forced to start feeding cattle or reducing their herd numbers, but they don’t want to think about that. 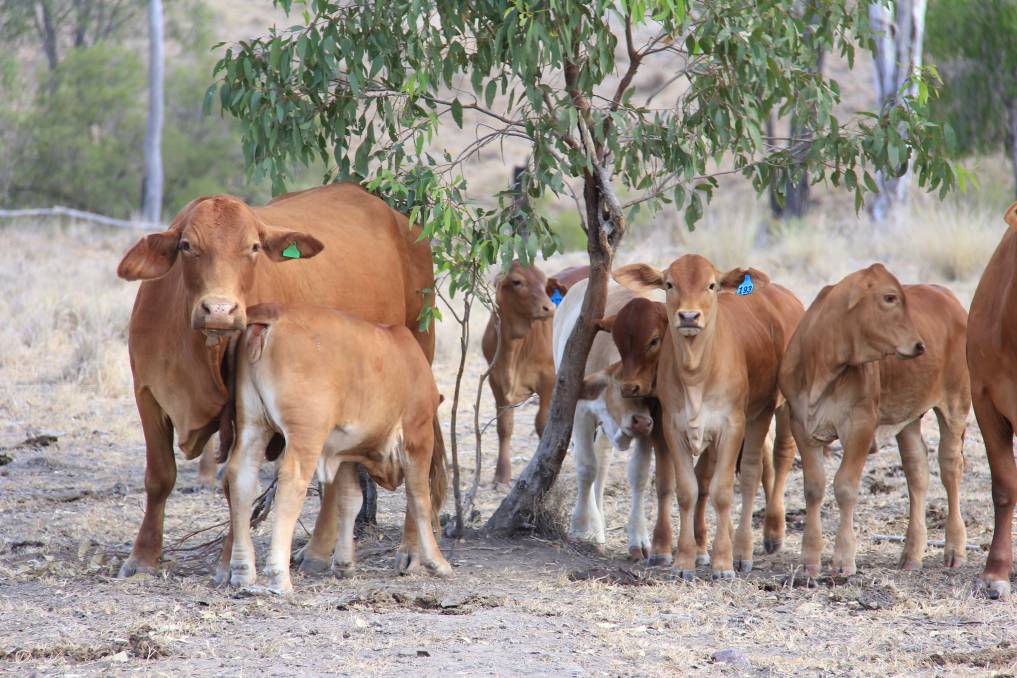 Breeders in a new paddock during their rotation.

“If it does rain with our rotational system we have got we are going to grow grass very quickly,” Mr Trott said.

“If we keep the rotation going just giving the grass just a short haircut and time to recover we should be right.”

Despite their dry conditions the family are pleased with the results their management system has already provided especially when just five years ago dry times saw them with weaners under 100kg.

Creating a system to suit you

The couple said like many people, they were skeptical about Holistic Management because they were under the assumption that they would be shifting cattle every day.

“When we first started we got a blue grass paddock, we split it all up and Sue said, ‘We are not shifting them every day’ so we split this blue grass paddock up and we gave them what we thought was enough for four days and they started losing condition,” Jeff said.

“So we walked in there and thought let’s make it tighter so give them less but shift them every three days and they started holding.

“We ended up moving them every second day and they started gaining.

“The way we explain it is they are on ice cream for one day, they might be working for us on the second day and if you don’t put them back on ice cream on the third day that’s when they start losing condition.”

“For some people they think you can’t holiday, you can’t do anything...but you have it so you can still do things and so it suits you,” Sue added.

“If the dry really kicks in we will be constantly shifting cattle and checking waters but you still do get away.”

As an example of their operation, 280 breeders are currently rotated between a 500 hectare paddock now divided into four smaller sections.