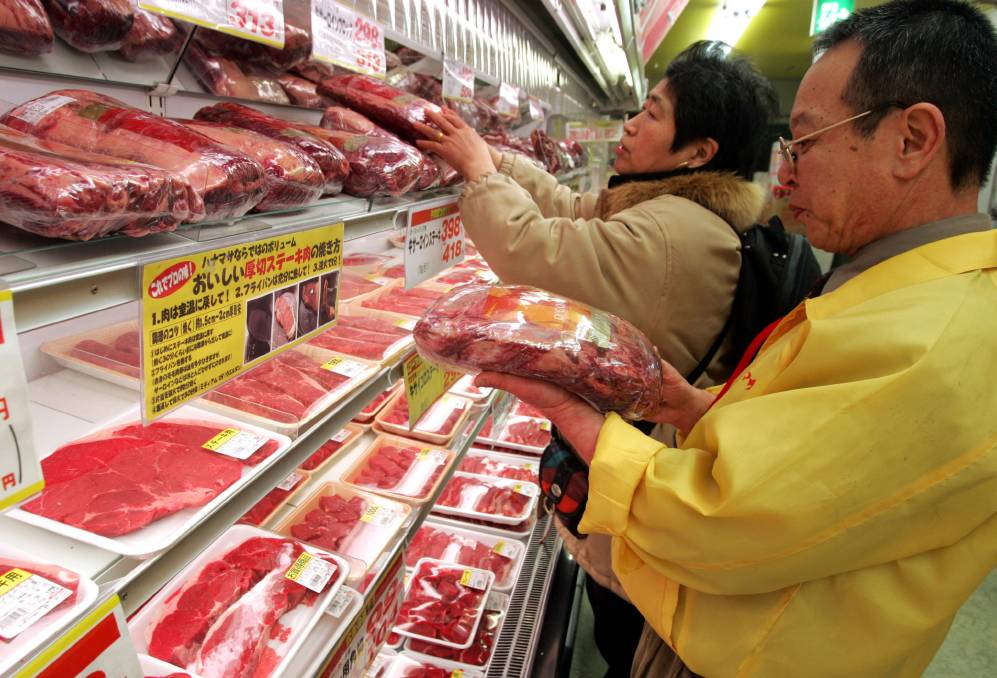 The Trump administration in the US may inadvertently be presenting opportunities for Australian beef in Asia.

Opportunities present for Australian beef as global politics get tense.

JUST how the volatility in global politics might play out for Australia’s meat trade flows is anyone’s guess but there are opportunities presenting, cattle and beef market experts say.

From Trump to Brexit and Mexico to India, the possible wash-up of tensions, trade deal exits and re-negotiations of quotas is not all doom and gloom, according to Meat and Livestock Australia’s manager of market information Ben Thomas and market analyst Mecardo’s Matt Dalgleish.

Both touched on the subject during an industry webinar on the cattle market this week.

Mr Thomas explained Australia had a limited quota with the European Union before significant tariffs came into force.

“It is the highest value market for Australian beef on a per kilogram basis so greater access is desired,” he said.

“When Britain does leave the EU, it creates the opportunity for Australia to negotiate a separate trade deal with Britain and to possibly secure a larger quota, so there are possible benefits.”

Our Free Trade Agreement (FTA) with the United States, meanwhile, allows Australia to send more than 418,000 tonnes carcase weight of beef per annum with no tariff applied.

Because it is such a longstanding agreement, the hope is it won’t be affected by the new Trump administration, Mr Thomas said.

“One disappointing thing, of course, is the removal of the US from the Trans-Pacific Partnership - but all is not lost,” he said.

“The opportunity is for Australia to now negotiate separate trade deals with Canada and Mexico, both of whom are big meat consumers.”

Mr Dalgleish said US/China tensions might play into a scenario where China looks more to its immediate region.

“With the Japanese PM keen to proceed with the TPP despite the US pulling out and China showing very warm relations to Julie Bishop recently, the exit of the US may work out favourably for Australian trade into Asian region,” he said.

US/Mexico tensions could go either way for Australia.

“If we did see tensions rolled into trade negotiations we might find a situation where Mexico looks elsewhere for its meat imports,” he said.

“India may broaden its horizons and that would be to Australia’s favour.”

A move by the Mexican government to favour South American beef producers over North American producers could take pressure off Brazilian exports into the Asian region,  which would also be a good result for Australia, he said.

“It’s all up in the air at this stage but there are possible opportunities emerging,” Mr Dalgleish said.

The story Volatile world politics: How it might play out for beef first appeared on Farm Online.