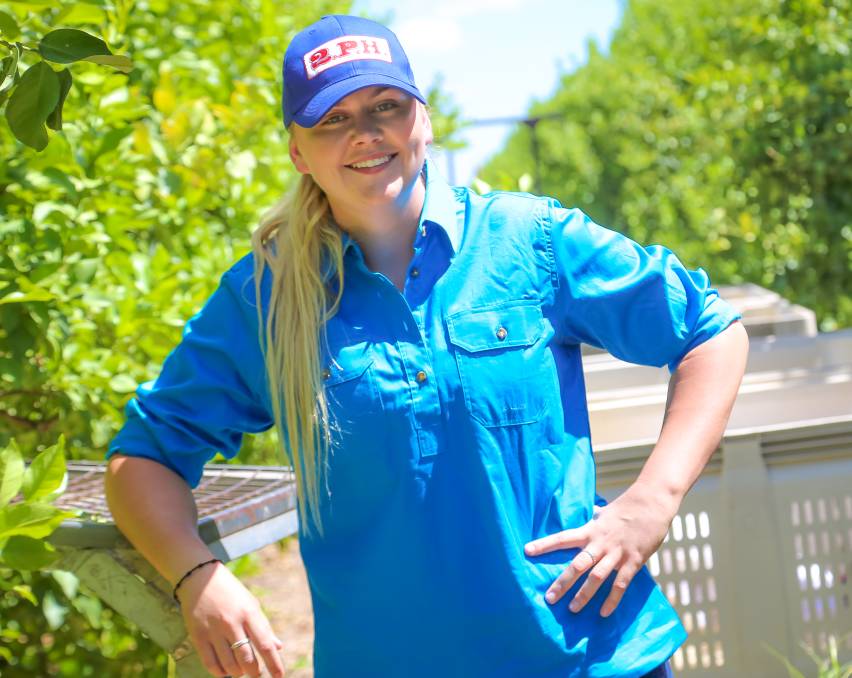 LOOKING TO FUTURE: Taylor Pressler, 2PH Farms, Emerald, said she wants to take advantage of any chance to make an impact on the industry.

She said it was her personal experiences with the “ultra highs and ultra lows” agriculture can bring that made her want to be a part of the future of the industry.

Ms Pressler said she was now able to reflect on the immense impact of the citrus canker outbreak not only on the family business but on “family dynamics” as well.

“It bred resilience into me unknowingly… citrus canker came, we did the best out of a bad situation, and that was making improvements on things that otherwise wouldn’t have been able to change had we have kept the trees in,” she said.

2PH farms bulldozed a quarter of a million trees due to canker, in an attempt to control the outbreak.

“We made improvements, rolled with the punches, and that has helped me now with where I am.

Ms Pressler said the experience had shown her that when new opportunities arose, such as CHAA, it was worthwhile being part of positive change.

“There’s no point in saying from outside the room that you want  this, and want those changes,” she said.

“If you want it, you need to be in the room, have the conversation, muscle up and say ‘this is what we want’.”

2PH have more than 300,000 citrus trees and about 200 hectares of table grapes, and are a premium citrus and table grape farm of non-commodity lines. At the moment, staff are picking lemons and limes, including a seedless lemon variety bred on-site.

Their next harvest will be their core business of mandarins.

Ms Pressler said the family had been operating in Emerald for more than 30 years, but had been growing citrus since 1907.

“Surely we’ve worked it out by now,” she laughed.

“I like the citrus industry, and am passionate about the work we do in breeding new varieties and forecasting trends.”

Ms Pressler said it was her grandfather who really sparked her interest in the industry, and to remain part of the largest privately owned citrus farm in the southern hemisphere.

”We are still expanding and have no plans of slowing down, we will plant more trees this year again,” she said.

Ms Pressler will work alongside Fleur Anderson, James Clark, Ian McCamley, Paul Murphy, and Warwick Powell on the CHAA, which will be chaired by Central Highlands mayor Kerry Hayes.

“We couldn’t be more thrilled with the composition of the CHAA Strategic Advisory Group,” Cr Hayes said.

“The group’s great strengths will be the diversity of its members’ skills, experience and networks and their shared passion to drive the region forward.”

Ms Pressler said she applied to the advisory committee because she wanted to have a chance to voice her opinions on the industry she has grown up in.

I’ve lived here all of my life, I plan on living here for the rest of my life being involved in the farm, and I think this could do great things for the local industry and tourism,” she said.

“It’s not just about 2PH, or horticulture, but it’s about what could benefit the whole area.”