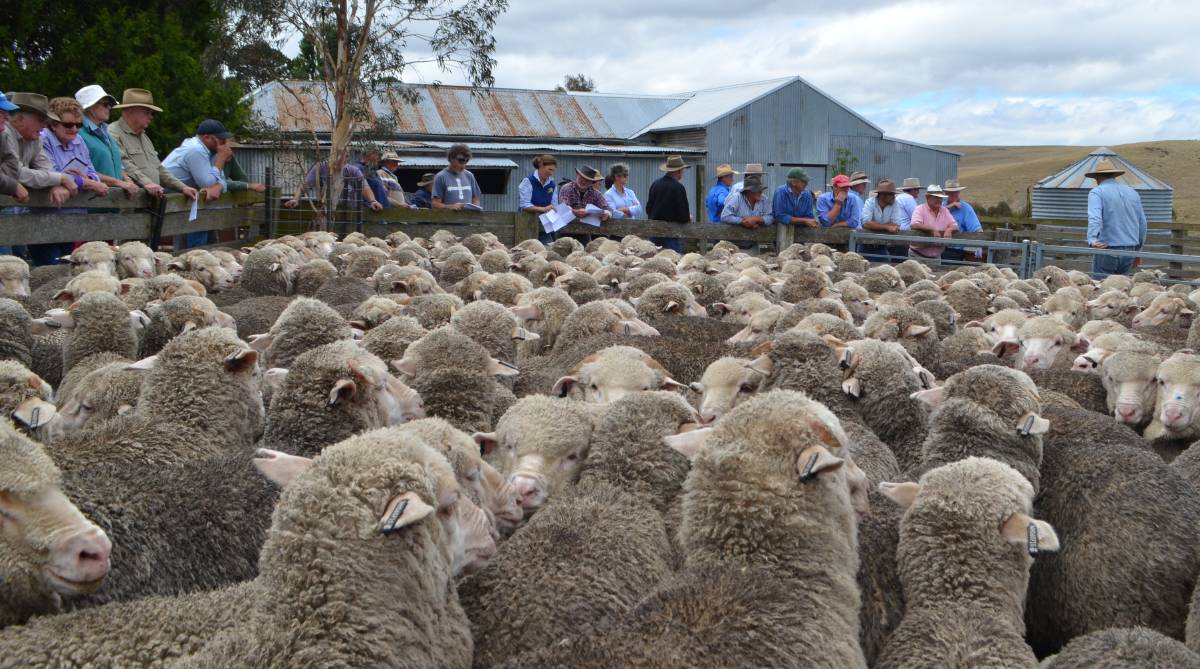 ON the back of extraordinary lamb and sheep meat prices, Merino wethers are becoming an unlikely hero in producers’ enterprises.

ON the back of extraordinary lamb and sheep meat prices, Merino wethers are becoming an unlikely hero in producers’ enterprises.

Following in the entire sheep market’s upward trajectory, Merino wethers are receiving some of the hottest competition at saleyards across the country.

“There is a genuine shortage of everything that resembles a sheep and that is evident with wethers,” Rodwells, Wimmera livestock manager Wayne Driscoll said.

“Mutton is nearly at the highest point, approaching levels we’ve never seen, wool is in a tremendous position and there is a feed season to match so it is a perfect storm of demand for stock during a time of genuine low supply.

“Processors have a thirst for stock and the grass growing was outstanding last season - you’ve got everything pointing the right way for producers.”

“It’s not that more people are investing in mutton than normal, there is just a genuine lack of sheep all-round,” Mr Driscoll said.

“Some people have turned towards Merino wethers because crossbred lambs are too difficult to get into and they’re wanting to make a buck within six months.

“If they saw a wether getting 1400c/kg for wool and they’re cutting 5kg, the figures stack up as an option.”

Mr Driscoll said some sheep producers who were priced out of the market for ewes had shifted their focus to an alternative, risk sensitive option.

“Wool, coupled with the carcase rates, has been a motivator (to consider buying or retaining wethers),” he said.

After three consecutive years of declining flock numbers in Queensland, sheep are returning to the country’s north after the breaking of the long drought.

Sheep are expected to return to the channel country of south west Queensland with Longreach Regional Council's construction of wild dog exclusion fencing, with particular attention on Merino wethers due to the high cost of breeding ewes.

Sheep Solutions consultant Geoff Duddy said Meirno wethers were the more feasible option to restock properties than breeding ewes for woolgrowers who have been hard hit by wild dogs and drought in Queensland, North West and central NSW.

Mr Duddy said said the strong intention among producers to get back into Merino sheep had been stymied by high ewe prices.

“While banks might be willing to lend money for stock, they’re looking at buying in one expensive Merino ewe for the cost of two wethers,” Mr Duddy said.

“Queensland has had a reasonable season in the past year and a lot of the area is looking to build flock numbers and get into sheep - not just traditional sheep producers but beef.

“Re-entering the market is still achievable with wethers.”

However, Mecardo market analyst Angus Brown said if the income per DSE for wethers fell more than $15 less than crossbred or Merino ewes there was little incentive to hold onto wethers.

“Further complicating the decision is the fact that mutton prices are currently very good, and growers can offload wethers for more than $100 in most cases,” Mr Brown said.

“History tells us that the narrow discount for wether income will have to be maintained for a couple of years to see sheep producers confident enough to start building wether flocks.”