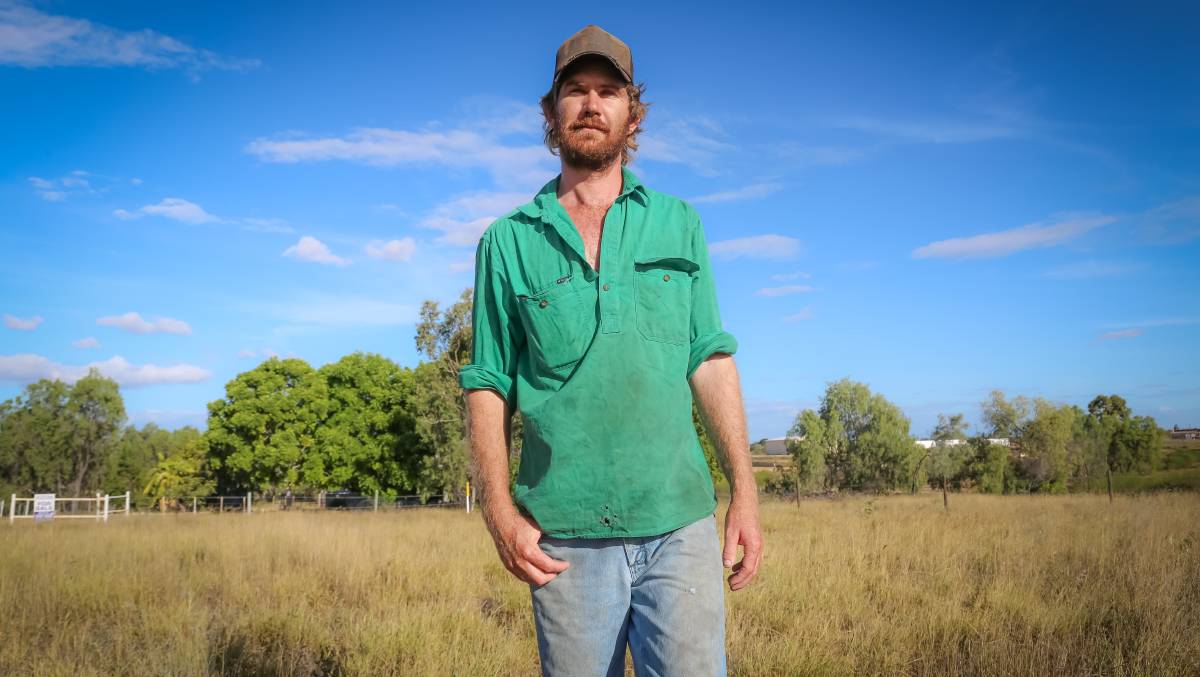 Gutted: Neil Bradshaw always thought he would live and earn a living off the land, but he and his family are currently in the fight of their lives to stay on their properties.

Neil Bradshaw always thought he would live and earn a living off the land, but he and his family are currently in the fight of their lives to stay on their northwest Queensland properties.

Receivers are expected to return to a Pentland grazing property this week to take possession of a Prairie family’s last remaining property.

The bank denies it has acted improperly and receivers are expected to arrive at the family’s 8, 215 ha (20,000 acre) Ballabay, 20km northwest of Pentland, to attempt to take possession.

A Rabobank spokeswoman said they had worked patiently with the Bradshaws for three years to allow them every opportunity to resolve their financial difficulties.

“This has included engagement through mediation,” she said. ”We have also on numerous occasions met with authorised representatives of the Bradshaws.

“Rabobank has been awaiting a sensible, viable and valid commercial proposal from the Bradshaws and their advisers with respect to their unpaid debt.

“To date no such proposal has been put forward.”

The Bradshaws have been Rabobank clients since 2005.

Neil “Brumby” Bradshaw, a third generation grazier who does not have a mortgage with Rabobank, said the family’s battle began in September 2013 when his parents approached the bank, advising they could meet an interest payment due in December 2013, due to drought impacts and suspension of the live export trade.

He said after defaulting on their loan, the bank instructed the Bradshaws to pay the interest and reduce the debt, or have an unconditional sale contract on one of their properties by mid 2014.

“We were drought declared and in the middle of the worst drought in 100 years,” Mr Bradshaw said. “Cattle were worth nothing and neither was property. We were trying to keep as many cattle alive as possible.”

The Bradshaws failed to meet the mid-year commitment set by the bank, and were invited to enter farm debt mediation in November 2014.

Mr Bradshaw, 29, said Rabobank “rail-roaded” his parents at the mediation, requesting them to sign a highly legal 20-page Deed of Forbearance. The deed is a special agreement between the lender and the borrower to delay a foreclosure.

“That day they ripped out my mother and father’s hearts,” Mr Bradshaw said. “Dad couldn’t comprehend what was in that document. We felt if we didn’t sign it we wouldn’t have got to go home.”

Mr Bradshaw said several proposals put to Rabobank had all been declined.

He said the warrants used by the receivers were out-of-date and invalid.

“My parents have never, ever been issued with a letter of default by Rabobank,” he said.

“I know when you borrow money you need to repay your debt, but they closed up on us.

“All we said is, can you wait. Give it time for it to rain, give it time for cattle prices to get off rock bottom, and then we will sell a place or get our loan under control.”

Mr Bradshaw was shaping a life for himself, partner Katie and 18-month-old son Lane, breeding cattle and growing hay and silage.

“I’m gutted,” Mr Bradshaw said. “I don’t want anything given to me by no stretch but I haven’t worked it for 10 years, keeping all these cattle alive in the drought only to have this happen. We have kept an asset alive and now the bank is going to take the lot.”

Mr Bradshaw, who agisted cattle on Laurel Vale, refused to leave when the receivers arrived. He was arrested and charged with assault and obstructing justice. He is prohibited from being on either of the properties.