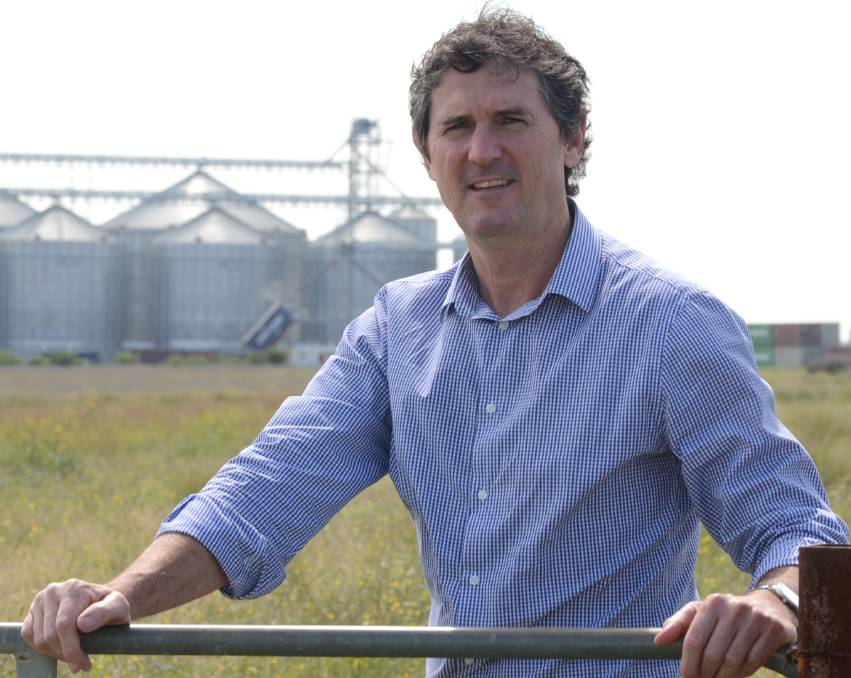 AN AUSTRALIAN business hopes a new IT system used in executing grain sales could lead to real-time payment for farmers.

AN OTHERWISE bog standard sale of a truckload of wheat by a central NSW farmer to Fletcher International Exports may one day be remembered as the start of a revolution in how grain is sold.

Agricultural technology business AgriDigital successfully executed the world’s first settlement of the sale of an agricultural commodity on a blockchain by processing the sale of 23.46 tonnes of grain from David Whillock to Fletchers.

The pilot project saw the sale successfully executed and Mr Whillock paid within the hour.

Executive chairman of AgriDigital Bob McKay said the technology could revolutionise the way grain was sold.

“There certainly is the scope for real time payment, which would reduce farmers’ counterparty risk.”

He also said the data-rich systems used in blockchains would make it easier to do things such as deduct levy payments to the Grains Research and Development Corporation (GRDC) simply.

“It is also fantastic in terms of improving traceability which we see becoming increasingly important as consumers demand to know more about where their food comes from.”

Mr McKay said at present the project was in its pilot stage, but added he hoped to have some sort of commercial product available to the industry for next harvest.

During the pilot, the AgriDigital SaaS platform was connected to a multi-node private Ethereum blockchain network.

AgriDigital managed the nodes, acting as operator, buyer, and regulator to create an example of how the system would work in the future.

A smart contract from the proprietary AgriDigital library auto-executed the settlement by first valuing the delivery, then verifying that the buyer had sufficient funds to pay the grower, and then securing the funds in the grower’s name pending delivery. Once the grower made the physical delivery, the title for the grain was transferred to the buyer as the grower payment was simultaneously created from the reserved funds.

“Anything that can be used to shorten payment terms and to reduce counterparty risk is a good thing.”

“It is obviously not something that is going to be in place overnight and obviously we need the trade to buy in, but there is promise in what is being done.”

He pointed to the change in payment terms over the past three seasons as how cultural shifts could push through the industry.

“We have seen payment terms come in markedly with a lot of buyers and that is a reflection of farmers voting with their feet.”

“It will take out a lot of the bureaucracy, the back office sort of stuff which is exciting.”

“If the system can cut the cost of transactions it will be really good for everyone, but the key will be get the industry in behind it, you need uptake for this type of concept to succeed.”

Mr McKay said the idea with the system was to keep human interaction to a minimum.

“We’ve got it set up so it can cope with issues such as quality payments for protein or oil depending on the commodity and it does that from the readings at the weighbridge.”

Moving into 2017, AgriDigital plans to execute a similar pilot within the Canadian grains industry.