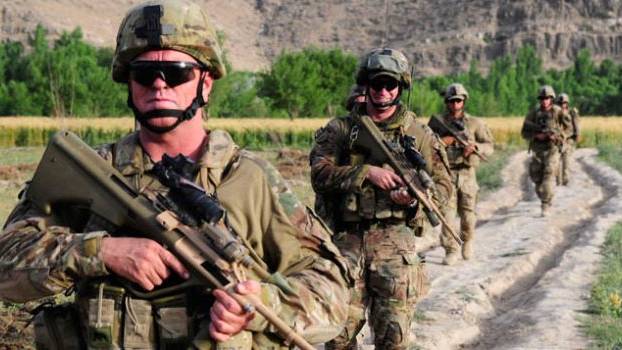 COMPULSORY LAND ACQUISITIONS: Defence training areas around Townsville and Rockhampton are set to be expanded.

Farmland around Townsville and Rockhampton is set to compulsory acquired to enable the expansion of defence training areas for the Singapore-Australia defence agreement.

COMPULSORY land acquisitions are set to begin for the expansion of Defence Field Training Areas around Townsville and Rockhampton as part of the Singapore-Australia defence agreement.

Senator Macdonald said the agreement was another step forward for the $2.5 billion Australia-Singapore Comprehensive Strategic Partnership.

“The acquisition of land is a necessary first stage in the process,” Senator Macdonald said.

The whole process could take as much as five years. - Senator Ian Macdonald

“The existing training areas can only accommodate a limited number of troops and it is of critical importance that Australian Defence Force training is not unnecessarily disrupted.”

The Defence Department has written to landholders who may be impacted, and will follow this up with one-on-one consultations.

“Some landholders will very willingly sell their land, but nothing will happen without the proper consultation – and of course compensation,” Senator McDonald said.

“In some cases the whole process could take as much as five years.”

It is unclear how much farmland will be compulsory acquired. However, it is understood about 20 landholders are affected in the Townsville region acquisitions.

“The expanded training areas will give the Australian Defence Force the ability to train effectively into the future with new weapons, vehicles and technologies, and provide for the simulation of more complex operating environments.

“The Australian Defence Forces have priority use of the facilities, and any land acquired under the agreement will remain in the ownership of the Australian Government.”

Senator McDonald said the Australia-Singapore Comprehensive Strategic Partnership is expected to yield $50 million in economic benefit for Townsville businesses and the Townsville community every year for at least 20 years.