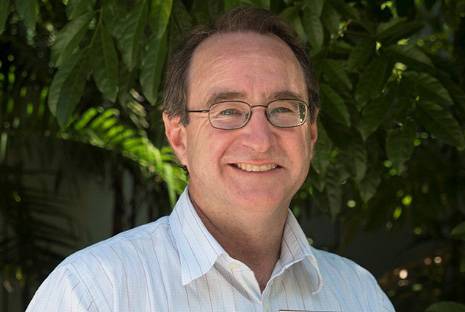 SUPERFOODS: Dr Tim O’Hare from the Queensland Alliance for Agriculture and Food Innovation is looking to produce the next generation of nutrient-rich fruit, vegetables and nuts.

The next generation of so-callled superfoods are being targeted to further boost Queensland’s agricultural sector.

RESEARCHERS will investigate nutrient-rich fruit, vegetables and nuts in a bid to produce the next generation of so-callled superfoods to further boost Queensland’s agricultural sector.

The $10 million Naturally Nutritious project is one of the largest projects funded by Horticultural Innovation Australia in 2016.

The project is led by the award-winning inventor of SuperGold sweet corn that protects against macular eye degeneration, Dr Tim O’Hare, from the Queensland Alliance for Agriculture and Food Innovation, a research institute of the University of Queensland jointly supported by the Queensland Government.

Agriculture minister Bill Byrne told the AgFutures conference in Brisbane today the project would build on the successes of the Queensland-bred SuperGold sweet-corn and the Queen Garnet ‘superplum’ with its blood-pressure lowering properties that had created global interest.

“Our researchers will identify the phytonutrient content – those natural chemicals found in plants - of a range of fruits, nuts and vegetables,” Mr Byrne said.

“They will also test in human clinical trials the health benefits of the Queen Garnet plum and also Queensland-grown strawberries that are rich in folate.”

“Queensland will always have an agriculture sector,” he said. “But in the same way the sector has changed and adapted over the years, it will keep changing and adapting and we have to be there to make the most of it.”

The Naturally Nutritious project was another important partnership between the government, industry and researchers to boost the profitability and market reach of the State’s primary producers as well as the health of consumers here and overseas.

Dr O’Hare said a key aspect of the Naturally Nutritious’ program was identifying new naturally healthy food products that may deliver a health outcome that could be realised in the short-term and easily measured.

“Previous products that had elevated health properties were difficult for consumers to differentiate at a glance in the supermarket, and their health benefits were long term and difficult to measure,” Dr O’Hare said.

“The consumer had to have faith in something they could not see, and trust in the product’s long-term benefits.”

By contrast, the ‘Naturally Nutritious’ project aims to develop products where consumers will be able to see what they are paying for.

“We may, for example, see pregnant women eating heart-shaped red strawberries that are high in folate, to help improve the growth of their unborn babies.”

Other products under investigation include new low-saturated fat macadamias for improved cardiovascular health, high-zeaxanthincapsicum to improve eyesight, and plums to improve blood pressure and cholesterol levels.

The researchers will target foods with health benefits that are readily measurable that the consumer will be able to easily differentiate in the marketplace.

Selwyn Snell, director of Horticulture Innovation Australia, said the new Naturally Nutritious products would target health conscious consumers, who account for more than 20 per cent of the food market and also those interested in trying new foods.

“These foods could potentially meet the needs of 50pc of Australian consumers,” Mr Snell said.