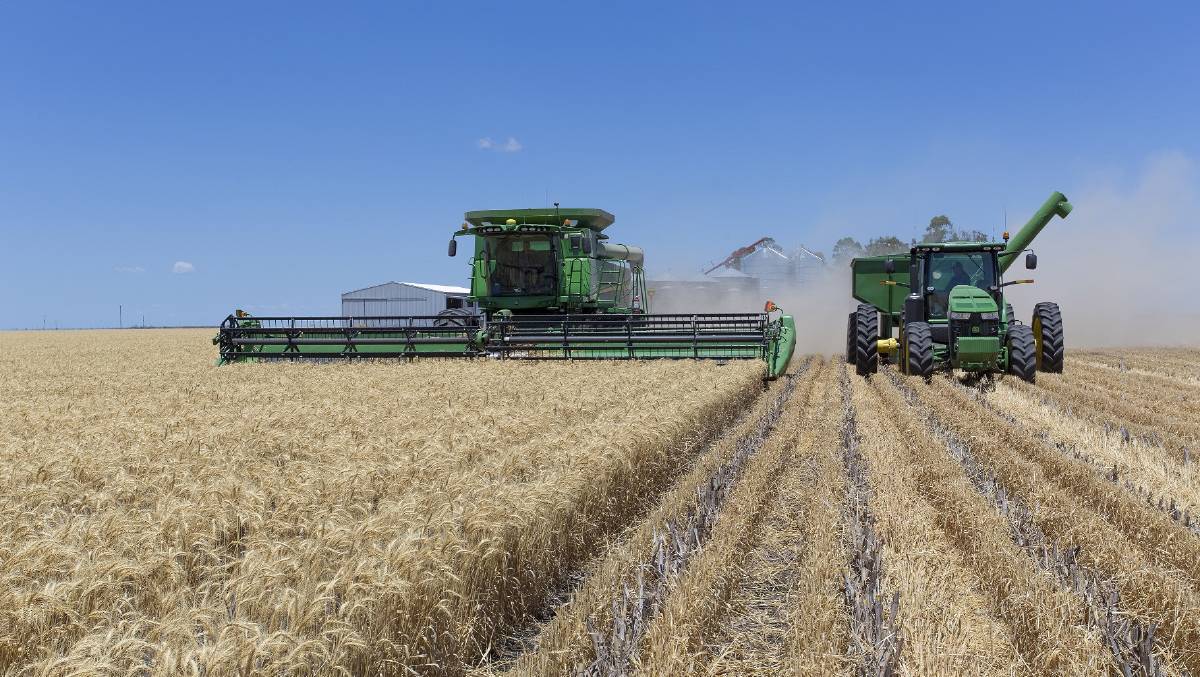 The correct harvester set-up is critical in terms of maximising grain yields.

THE CORRECT set up on harvesters can save growers $20 a hectare in terms of minimising grain losses while also stopping weed seeds from surviving, according to Charles Sturt University (CSU) researcher John Broster.

Going too fast is a no-no. While it has no impact on weed seed spread, grain losses from excess speed can be as high as 5 per cent.

In terms of concave and sieve setting, the right set-up can drastically cut weed seed numbers the following year.

The one caveat, according to Dr Broster, is that the best setting varies from weed species to species.

He said Grains Research and Development Corporation (GRDC) research conducted by the Graham Centre for Agricultural Innovation – an alliance between CSU and the NSW Department of Primary Industries found adjusting concaves and sieves to the correct setting was critical.

“Cab settings of the harvester used in the 2015 trials were adjusted to maximise the efficiency of an attached iHSD, although no physical changes were made to concaves or grates,” Dr Broster said.

Simply adjusting the settings helped to ensure that grain and weed seeds were moved out of the concave and onto the sieves and resulted in a low percentage (3.4 per cent) of annual ryegrass being lost in the ‘straw fraction’.

“In the 2014 trials, an average of 49.2 per cent of annual ryegrass was lost in the straw fraction.”

Dr Broster said the most effective harvester set-up for HWSC might vary between different weed species, as trial results were different for annual ryegrass weed seeds and wild oats.

The effect of harvest speed was also investigated, with speeds of 4, 6 and 8 kilometres per hour tested in 2015.

“When harvester settings optimised the efficiency of the attached iHSD, as was the case in 2015, harvest speed did not influence the amount of annual ryegrass seed lost in the straw fraction,” Dr Broster said.

“However, increasing the harvester speed did result in increased loss of grain (5pc of the total amount harvested) through the straw, especially when the harvester was operating at full capacity.

“The average yield of the crop was 2.45 tonnes per hectare and at 8kph the harvester was at full capacity.

“If wheat is worth $200 per tonne the additional wheat loss at 8kph would be valued at $20 per hectare.”