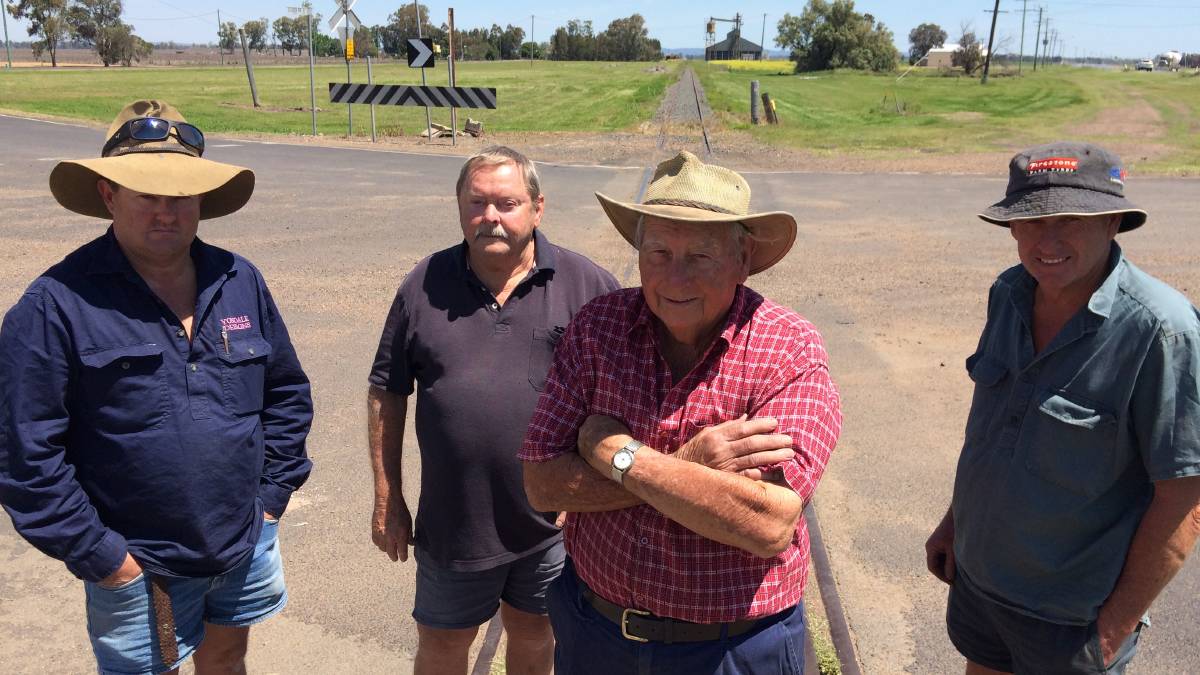 OFF TRACK: Pampas farmers Ross Harris, Brian Harris, Ted Kelly and Bud Kelly say they have little confidence in the process used to select the Queensland section of the inland rail.

Condamine floodplain farmers say an independent review needs to be held to ensure the best inland rail route is selected.

FARMERS on Queensland’s agriculturally important Condamine floodplain say it is essential that an independent review is held to ensure the best possible route for the nation building $10 billion inland rail is selected.

While they say they accept the Inglewood to Toowoomba route via Millmerran may ultimately be determined to be the best route, landholders who spoke to Queensland Country Life on Saturday say there is no confidence in the government-owned inland builder, the Australian Rail Track Corporation (ARTC).

Speaking alongside the proposed route at Pampas, they say the Inglewood-Millmerran-Toowoomba route selected by ARTC was based on information gathered prior to 2010.

That information does not take into consideration the since constructed Brisbane West Wellcamp Airport or major environmental events including record flooding in 2010 and 2013.

Equally importantly, they say their confidence was eroded when ARTC ignored a subsequently leaked 2015 report by consultancy group SMEC, which identified a number of cheaper and more efficient routes.

In particular, they said insufficient attention has been paid to a $100 million cheaper route which would link Inglewood to Toowoomba via Karara, or the use of the existing rail corridor which links Warwick to Toowoomba, they said.

Pampas farmer Bud Kelly said he was amazed communities along the proposed route were being asked to sign off on a 2km wide transport corridor and told to worry about the actual details of the final 40m wide inland rail route and construction methods at a later date.

“This is a 16km wide floodplain that carries massive volumes of water when its in flood,” Mr Kelly said.

“What we have been told is the inland rail will be a built on a 2.5m high high gravel bank with 900mm culverts to allow the floodwater to pass. Given the number of culverts they’re talking about, there will only be 1km of space to allow floodwaters to pass instead of the current 16km.

“It doesn’t take any thinking to realise that the impact of flood events will be massively increased and prolonged.

“Someone at ARTC should be getting the flood maps and overlaying them with all of the proposed routes to understand what they are actually proposing.”

Farmer Ross Kelly the proposed route was at odds with planning policies.

“Since the major floods in 2010 and 2013 we can no longer build any new structure on this floodplain,” he said.

“Yet they’re proposing a 2.5m high level bank that can only make the impact of floods worse.

“We don’t where the actual rail line will go, how close to existing houses, sheds and other farm infrastructure. It has been a very disappointing process.”

Neighbouring landholder Brian Harris also said he had no confidence in ARTC.

“They held a so-called information meeting in Millmerran that very people seemed to know about in what appears to have been a deliberate attempt to keep everyone in the dark,” Mr Harris said.

“Ours and everyone else’s invitation to that meeting turned up at the post office two days later.”

At Millmerran, farmer Paul Curtis has been told the inland rail route will slice his 650ha property will be cut diagonally in half, leaving him with two triangular shaped areas.

“They’ve offered me an app for my mobile phone so I can time the crossing of the tracks when I am moving sheep.

“I just cannot comprehend where this thinking comes from or the absolute failure of ARTC to properly engage with the community.”

There are also growing concerns that push for the Millmerran inland rail route is being unduly influenced by the location of the critical intermodel freight hub west of Toowoomba.

In competition for that potentially lucrative business is a consortium-owned property at Gowrie and the Brisbane West Wellcamp Airport, located to the south.

Landholders say the consortium owned site at Gowrie could only be selected if the proposed Millmerran inland rail option was selected because of the location of Wellcamp Airport.

However, Wellcamp Airport, which already offers ready access to international air freight, could not only provide a freight hub for the Millmerran route, but appeared to be the only logical choice for the Karara or Warwick route options. 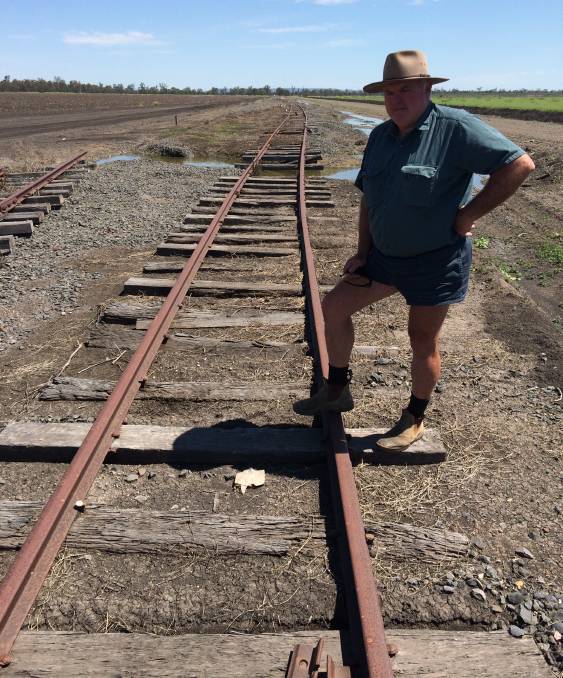 Millmerran farmer Wes Judd says he have never seen a process handled as badly as the inland rail. He is pictured with rail track destroyed in the devastating 2013 floods.

Wes Judd, a respected agricultural leader and Millmerran farmer who has been nominated to speak on behalf of the district’s floodplain farmers, said he had never seen a political process handled as badly as the inland rail.

“Decisions have been made and continue to be made that are having a massive impact on the community along the proposed route.

“It’s now essential that an arbitrator is appointed and an independent review is conducted to ensure that all of the options are being properly considered and that the selection process is one in which the community supports.

“ARTC has made the fundamental mistake of attempting to ride rough shod over the community rather than working with the community. The community won’t cop that treatment.

“We are just hoping that common sense will now prevail.”