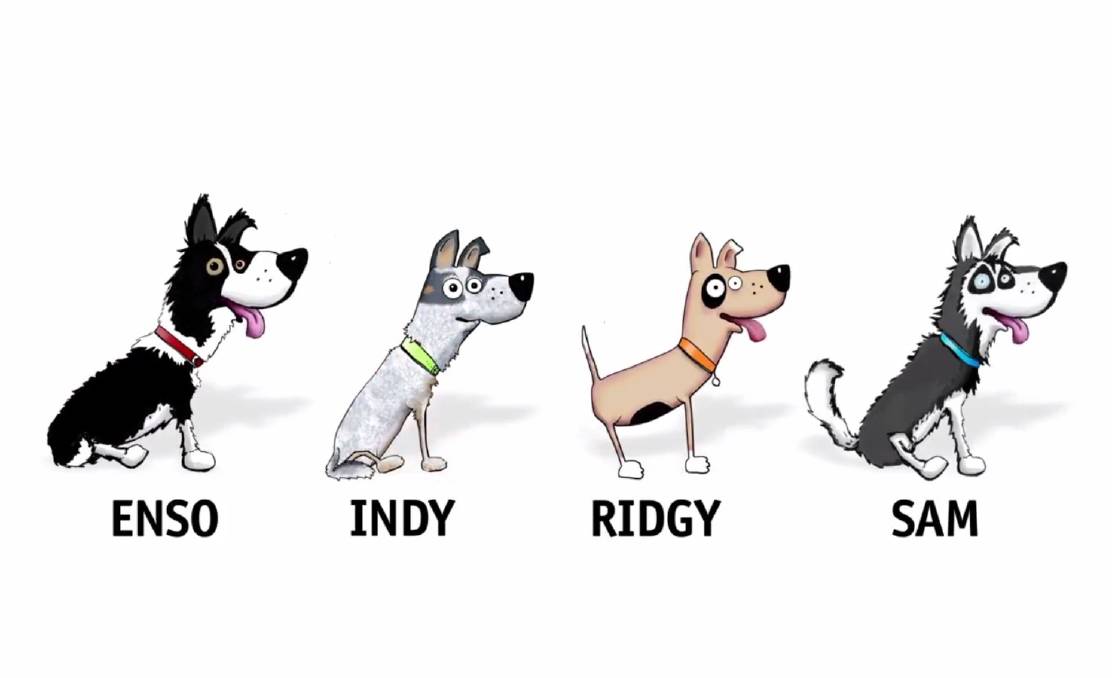 And while they may look cute, these dogs round up our biggest droughts and floods.

Launched today on the Climate Kelpie website, this playful litter of animated sheepdogs help farmers and anyone reliant on the weather understand what influences the variation in Australia’s seasons.

The El Niño Southern Oscillation, or Enso, has a big influence on Australia’s climate and seasonal variability.

“The climatedogs have been redone to be relevant to all regions of Australia,” says climate specialist Graeme Anderson, with Agriculture Victoria.

The videos have also been updated with the Bureau of Meteorology’s latest science through research funded by MCV.

“They explain how each climate driver operates, how they affect our seasons and how some of the dogs are starting to behave a bit differently,” Mr Anderson said.

“In the last few years, Ridgy has been playing around with southern Australia’s weather.

“And Indy, who rounds up moisture from the warm north-east Indian Ocean across to south-eastern Australia, is looking a bit hot under the collar at the moment.

“It’s Indy who has been the dog bringing our current wetter weather conditions to the south-east.”

Tom Davison from Meat and Livestock Australia, who manage the MCV program, says the climatedogs are an important tool to help the program to communicate its research.

Sam herds cold fronts up from the Southern Ocean, a significant source of rain for much of southern Australia.

“These animations are a small part of the wider work we are doing to better understand what drives the variability in our climate,” Dr Davison said.

“This understanding allows us to manage that variability into the future, and assist farmers in running more profitable, sustainable and competitive businesses.”

Eastie represents the deep low-pressure systems that are an important climate feature along the south-east coast of Australia.

CLICK HERE to see how the climatedogs put their paws pm each state or territory of Australia.