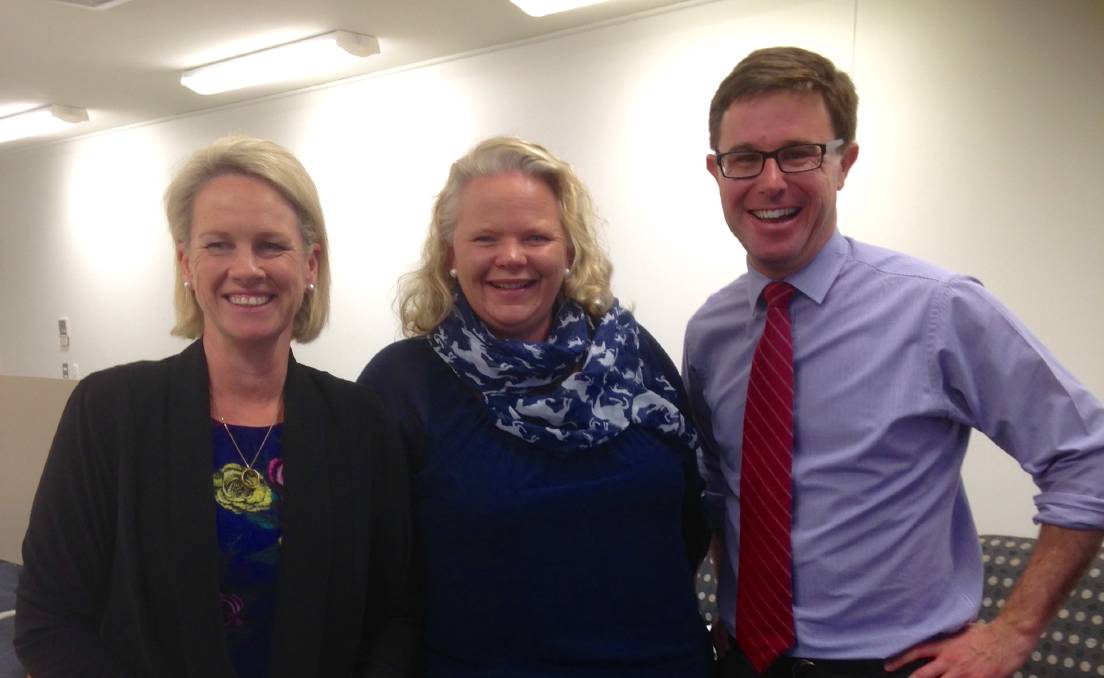 When the founder of the Better Internet for Rural Regional and Remote Australia Facebook group, Kristy Sparrow, met with Regional Communications Minister Fiona Nash in Longreach last week, she had plenty to talk about.

When the founder of the Better Internet for Rural Regional and Remote Australia Facebook group, Kristy Sparrow, met with Regional Communications Minister Fiona Nash in Longreach last week, she had plenty to talk about.

From a patchy rollout of connections to the Sky Muster satellite and poor customer support options to issues with data plans and the Fair Use Policy, Kristy left Ms Nash with the strong message that the data drought was not over.

Describing the minister as receptive, Kristy laid out a litany of frustration, gathered from the trouble-shooting she and fellow BIRRR Facebook page administrators are undertaking as people around the country migrate from the clogged Interim Satellite Service to the Sky Muster service.

“It’s been anything but smooth,” she said. “We have pages of problems.

“We have one guy who had his equipment installed 105 days ago and it’s still not working.

“There are so many points in the journey where things can go wrong.”

Faults with rural addressing have meant that installations have been cancelled up to six times, according to Kristy.

“There are hundreds of unnamed roads around Australia that don’t match up with the Google maps the installers are working off.

“This whole connection thing should have been tested.

“The minister said people need to be patient, but Sky Muster was sold as a game-changer for rural Australia.

“Telling people to be patient in circumstances where they have put up with so much for so long is incredibly frustrating.”

In Kristy’s words, internet provider call centres are being “hammered” and her volunteer group is being swamped by people desperate for help.

A solution, according to Kristy, would be to fund a Telecommunications Advisory and Support Group.

“All you can do with RRadio at the moment is lodge a fault with your phone – a one-stop rural call centre would be good.

“I think nbn co could be made to provide a bit more support too. They’re a wholesaler, they don’t do well in the customer service space.”

Ms Nash said both sides had learned and benefited from the meeting.

“Sky Muster is an excellent service, independently evaluated as a world-leading satellite, and is being delivered to people who would never receive broadband any other way,” she said.

There was cold comfort in her response to the call for a support group.

“Nbn co contracts out the installation process for Sky Muster – relevant questions should be directed to nbn co,” she said.

An indication of the need from the public is the 75,000 unique users of the BIRRR resource page, which is not even a year old.