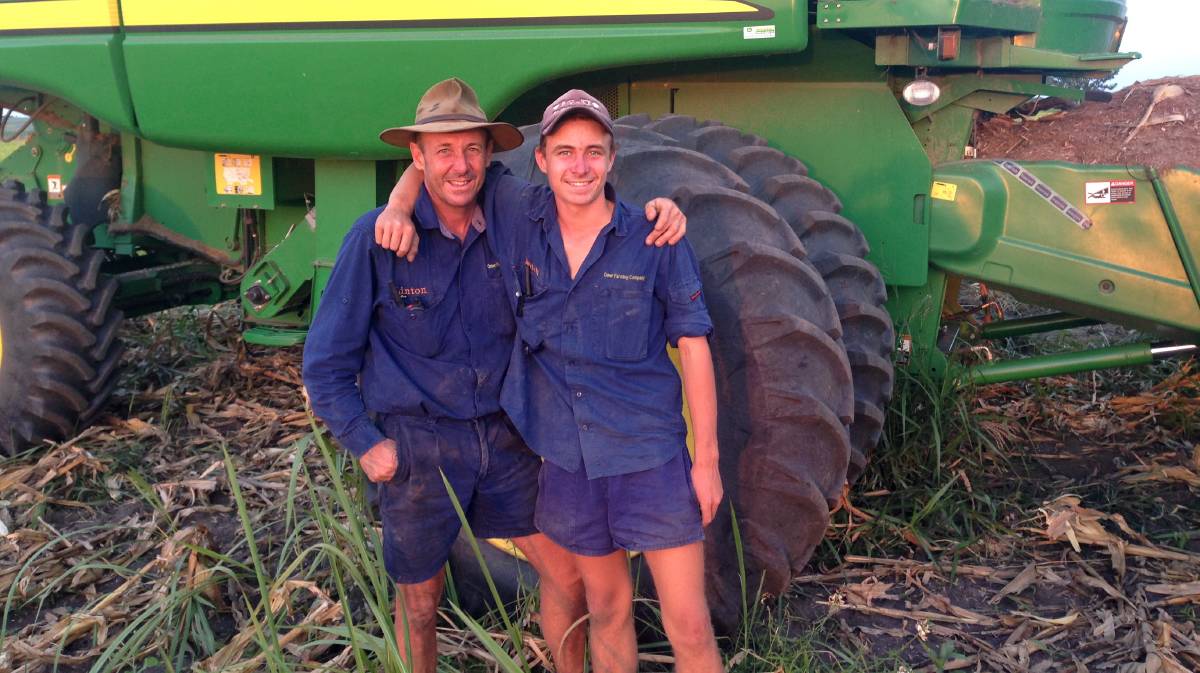 Linton and Mitch sharing a moment on the last day of harvest 2015. Mitch proved to be my rock during an at times very challenging year.

Father and son team from the Lockyer Valley take on a cultural divide to bring a North Uganda community to life through farming.

Half a world away from his Lockyer Valley property, Linton and his son Mitchell Brimblecombe found themselves lending a hand to a small farming community in Uganda.

The northern property is owned by Omer Farming Company Limited with the farm deriving it’s name from the nearby Omee River.

Linton said the concept of educating an international community came to him after chatting with friends over morning tea.

“We wanted to find alternate methods of supporting the work of Watoto Childcare Ministries,” Linton said.

“I shared a concept of commercial farming with investors rather than the traditional donor model in order to support the church – seeking a return to the investor, the community in which we operate as well as the church.”

Linton said he began drawing up a business plan after further discussions with his St George-based cousin Stuart Armstrong kicked his concept into reality.

“Stuart remarked that we were making world decisions around his breakfast table.

“The final plan required the assistance of many people including my niece, Kym Grimmett.”

Linton said the plan got going with a good friend becoming the first investor.

“Since then, the investment has grown to about four million dollars, enabling a significant presence on the ground in a remote area of east Africa.”

Linton said the move meant leaving his wife Melinda and daughter Kate behind at their property in the Lockyer Valley.

“I have an amazing wife and family who have supported my move which I have committed to for three years. My wife Melinda and Kate were going to move here and live in the city some seven hours south.

“However we decided that the girls may as well live in Australia if they are living that far away, so we’re a ‘fly in, fly out’ family.”

Linton said the move also meant establishing himself in a remote community.

“I guess the real factor is the challenge. Farming in Australia has its challenges including drought and market competition but farming in Uganda has other challenges, and drought certainly isn’t one of them.”

Set across 2400 hectares, the no till grain farm has been able to use the latest in available technology with continued outside investment.

“We are growing white maize, rice and soybeans and are still working on finding the right mix.”

Linton said the Uganda farm has two seasons, planting on March 1 and again on August 1 with white maize forming the staple diet for a large part of the African community.

Working with American engineer Kristopher Hershberger and captained by Canadian CEO Randy Sohnchen, Linton said the challenges to farming internationally have been many and are always ongoing.

“From language and cultural barriers, to walking into a cesspit of intrigue and hatred within our community.”

Linton said land ownership, poverty and working with a new team are at the forefront of day to day operations.

“When I speak of poverty, I am referring to lack of transport, education, health care, running water, nutritional food supplies, sanitation and the list goes on.”

”Doing business in a third world country brings many challenges. Everyone is an expert and working with an international work force, there was plenty of advice.

“In the end I reverted back to the farming basics and what I knew to work in temperate climates.

“This included chemical choices for weed control as well as listening to sound advice on the importance of sulphur in low sulphur conditions.”

“The season here is very predictable – I call it ‘recipe farming’.” 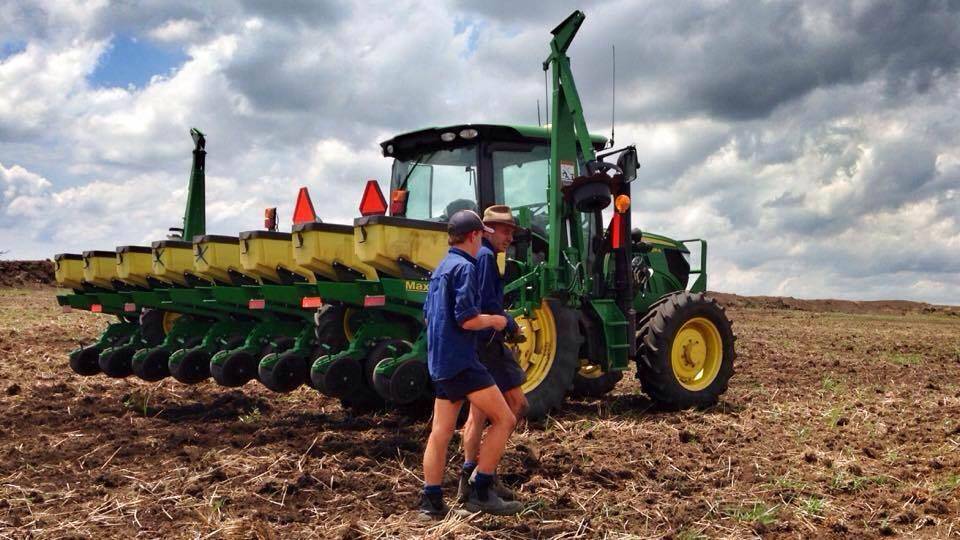 Linton said Omer was situated on the inter-tropical convergence zone.

“This gives us a rainfall system that you can almost set your clock to. There is no reason why any African should be starving,” Linton said, adding the rain brought new challenges, including balancing fertilizer use in a low PH environment as well as nitrogen leaching.

“Before coming to Africa, I did seek the advice from Neil Huth, a modeller with the CSIRO in Toowoomba. Neil proved to be a very good source of advice.”

Linton said finding a market for Omer’s grains has been a product of supply and demand although getting the produce from paddock to the store was another story.

“Every grain is bagged and, at the moment, we are bagging around the clock with the road network also providing challenges.”

Importing fertilisers from Kenya, Linton said there is a fine balance to maintaining life on the farm.

“Due to our high rainfall, there are a number of challenges including nitrogen leaching, highly erosive soils and low Ph.

“We are working on a stubble retention program of no tillage to keep our soils stable and not having the ability to farm the creeks and streams leaves a nice distance of grassed area to act as a trap for any substance runoff during heavy rainfall.”

With two annual harvests in July and December, the operation is currently reaping the rewards of the soybean and maize crops.

“On the maize we should take about 5000 tonnes off 2200 acres (880ha). Not a record, I know, but about half of it fell over and we are looking at improving our variety choice as well as crop rotation.”

Linton said the Uganda grain market bases itself, for the most part, on the world price. However, being a land locked country, there is a lower price received and the company was looking forward to future profits.

“I guess at the moment we are operating on the principle of ‘build and they will come’ and our experience so far has certainly confirmed this theory.”

Due to a grain shortage in both Uganda and East Africa, Linton said Omer preferred sale directly off the combine.

“Our sales are currently to no certain entity or individual but on a first come basis,” he said, adding bagging every grain that leaves the farm was a “soul destroying process” when you are aware of western methods.

“Our biggest commercial advantage is in labour costs. We are paying the equivalent of $3.50 per day Australian and, even then, I get accused of paying too much.

“It is almost embarrassing, but when unemployment is so high, that is how it is.

“All our income is being reinvested, but we look forward to the day when we can make a return to the shareholder, our community and Watoto Church.”

Linton said he was looking forward to Omer having a bright future, filled with opportunity.

“Our community is changing from one of a village mentality to one of a wealth of employment.

“We are hoping to work with our community to improve the education processes of our three local schools and this includes actually reopening one of them,” he said, adding although his personal commitment was for three years, the company was in it for the long term.

“We have a 49 year lease and intend to fulfil our commitment to our shareholders.”