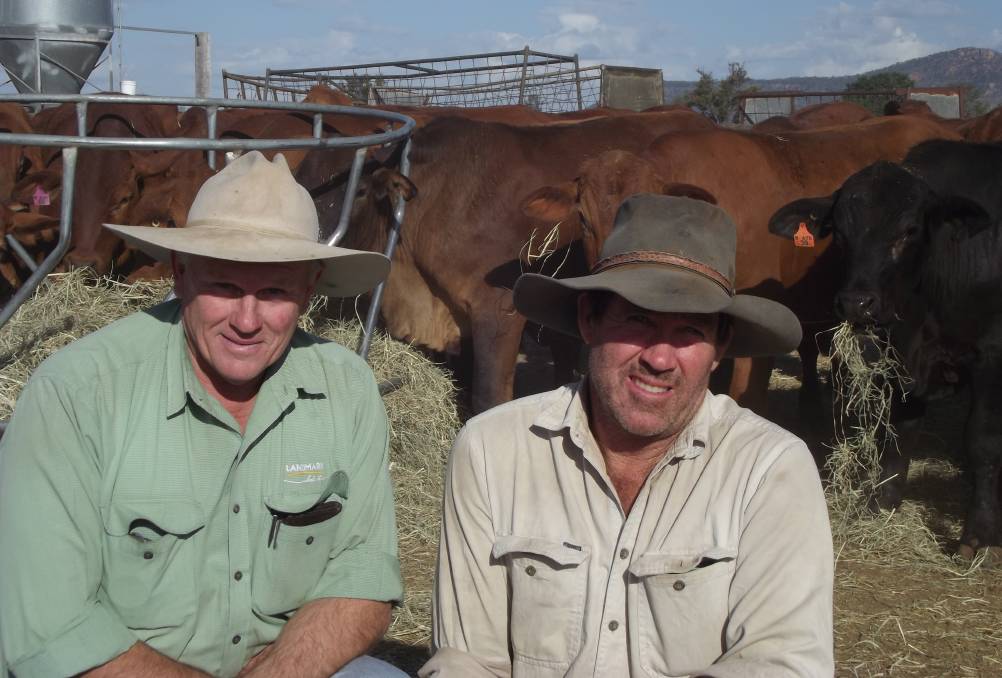 Stan Wallace updates news from around the traps.

As you know I have a lot of favourite events that I like to attend, but right up there near the top of my list is the annual Nolan Muster Cup race meeting in Gympie. I had the pleasure of spending time with the company founders Pat and Marie Nolan and their family on Saturday afternoon at this wonderful event. It amazes me how many people Nolan Meats interacts with through their business and how they always put back into the local community.

We don’t normally think about the people who organise such events but a special mention should go to their key staff Leanne Hardwick and Nina Peca who made everyone feel welcome from the minute they arrived. Michael, Tony and Terry Nolan they told me that all the wonderful people who served us food and drinks all afternoon were staff who had volunteered from within the business. It is an interesting meatworks culture. The whole Nolan team is a credit to the company.

For me it was a chance to catch up with who’s who in the industry. I bumped into outgoing Red Meat Advisory Council (RMAC) chair Ross Keane, Beef Australia CEO Denis Cox, restaurateurs Phil and Sarah Bailey from the Noosa Boat House, noted racing identity David Isreal; Robert Beaver from Value Added Meats, Steven Myler from Comgroup who provides hundreds of tonnes of beef a week to the Burger King and Hungry Jacks chains says he is still looking to expand. Steven also said they recently had customers from Kuwait down to inspect the meat supply chain and how their consumers are becoming increasingly aware of issues like animal welfare and HGP usage. He doesn’t see this trend easing anytime soon.

Graham and Donna Keogh from Wickham Freightlines brought their son Rohan and daughters Thomasin and Olivia to make a real family day of it as did Brisbane’s famous Rode Meats, Brad and Julie Cammack with daughter Tahlia and son Lewis. It made for a nice mix – big corporates and family businesses that respect good old fashioned family values.

Local State Member Tony Perrett was there fresh from a narrow victory for farmers with the vegetation management laws, but warns we must remain vigilant going forward. Locals mayors Mick Curran from Gympie, and Mark Jamieson from Sunshine Coast supported the day as did new Wide Bay Federal Member Llew O’Brien.

My old mate Mark Simpson from Biloela was there with his wife Lisa and we reminisced about our old agency days. Mark tells me he likes to make the trip down to the races as it is a good chance to catch up with his brother Ken who runs a successful butcher shop in Gympie aptly named, ‘My Butcher’. With butchers from all over the state and interstate I don’t think you would see a larger gathering of butchers at any racetrack in Australia. Speaking to few, a common theme was that there is price pressure mounting on consumers. Terry Nolan added that butchers have to try to be more creative in how they present beef to keep it centre of plate with consumers.

We had a lot of fun, a few bets, a few beers, learnt a bit, but most importantly a great chance to catch up with all the great people that make up our beef industry. Thank you once again to the Nolan family.

I travelled with my old mate Sam Gullo, the manager of Brisbane’s Breakfast Creek Hotel, and our usual group of mates to the Nolan family Race Day in style in a SunState Bus, as we have been doing for many years, originally with my great old mate the late Gordon McNicol, and the service is still in the hands of the McNicol family.

Numbers on feed back slightly

The latest ALFA/MLA feedlot survey results reflect the tightening pool of available feeder cattle and record high prices being paid. For the June quarter 2016, survey results indicate there were almost 911,000 cattle on feed, back 0.4pc on the previous quarter and well below the 998,000 head peak at the end of 2015. However, numbers on feed remain historically high and were still 60,000 head above the June quarter five-year average.

Despite the record number of cattle on feed at the end of 2015, it appears many of these remained on feed through to the second quarter of this year. In the first three months of 2016, grainfed turnoff declined 13pc year-on-year – particularly impacted by lower numbers in Queensland – but the latest results indicate a June quarter record turnoff of 712,500 head, up 3pc year-on-year.

Furthermore, at a time when grassfed cattle slaughter has been in decline, during the 2015-16 financial year grainfed cattle turnoff reached a record 2.82 million head, accounting for 35pc of the national cattle slaughter. The record number of grainfed cattle coming through the system was also reflected in grainfed beef exports, which were up 7pc year-on-year in 2015-16, at almost 269,000 tonnes swt (DAWR).

Since the end of the June quarter, further rain and a favourable outlook has seen supplies continue to tighten and restockers compete head-to-head with feeder buyers. With the Eastern Young Cattle Indicator (EYCI) now in excess of 700¢/kg cwt, it is likely the number of cattle on feed will continue to contract throughout the rest of 2016.

AgForce has welcomed the removal of wild dogs on a North Queensland island to protect native animals, but has questioned why the Queensland Government is not taking similarly strong action in state-owned and managed national parks.

"Wild dogs cause significant impacts on the cattle, sheep and goat industries in Queensland through predation, disease transmission and lost production, but also threaten a great number of native animal species," he said.

"While the Queensland Government has provided welcome funding to expand wild dog fencing in western Queensland, more needs to be done to ensure best practice wild dog control is carried out in national parks.

"Control across QPWS national parks is inconsistent and that is a source of major frustration for farmers living near national parks."

The Queensland Wild Dog Strategy states that 'as wild dogs are declared Class 2 pest animals, land managers in Queensland - including private individuals, companies, local and state government agencies - have a legal responsibility to control wild dogs on their land.'

"We would strongly encourage the Environment Minister to ensure the same approach taken on Pelorus Island is also taken on QPWS owned and managed lands," Mr Lucas said.

Jason Thomson, Schute Bell, reported when sales resumed this week it appeared that the market would continue along the downtrend of last week. After slipping on the first day of sales the market rebounded on the final day to finish the week relatively unchanged. Fine and Superfine types along with selected broader Crossbred types gained some handy ground, whilst mid micron Merino Fleece types finished the week slightly cheaper. 39,177 bales were sold nationally with a low 4.8pc passed in.

Major buyers included Chinatex, PJ Morris and Techwool. Next week will see the national offering fall to 31,500 bales with Fremantle not selling. Sale days will move to Tuesday and Wednesday due to Wool Week being held in Melbourne.

AWEX data has the season to date national auction offerings already 10pc above the corresponding period last season with the next three weeks estimated to also be higher. Interest in the forward market increased a little this week with shorter dated contracts 30-40 cents under the current physical and post Christmas contracts changed hands with a 100 cent discount.