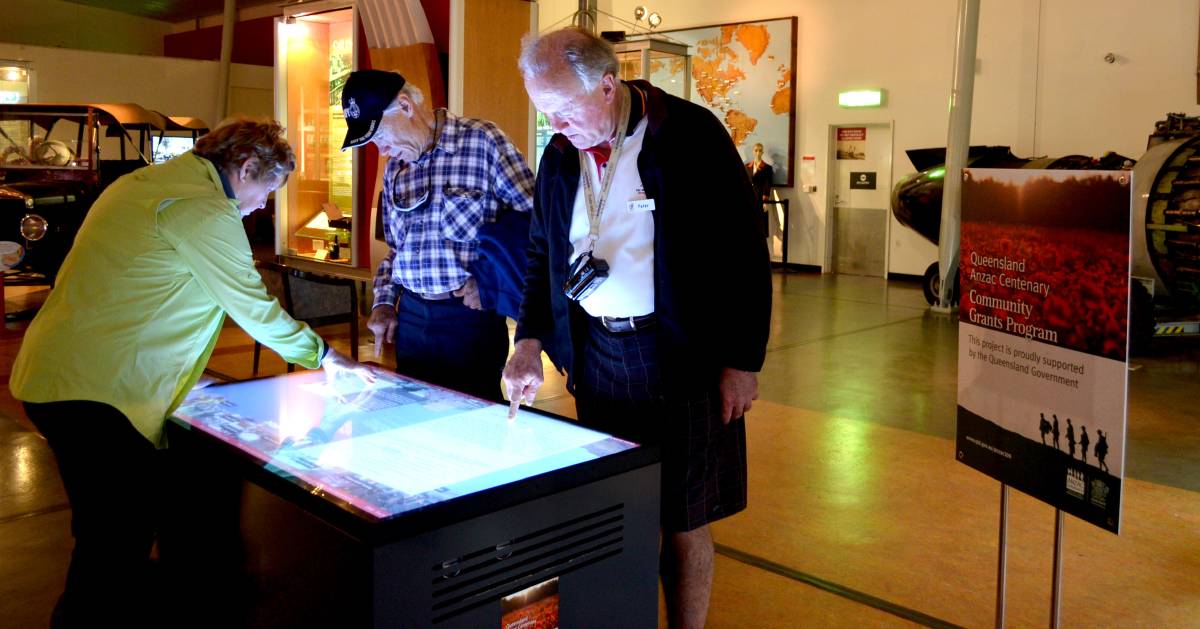 The Qantas Founders Museum has launched its new Qantas and Defence interactive table display, the first of its kind for the museum and western Queensland.

The Qantas Founders Museum has launched its new Qantas and Defence interactive table display, the first of its kind for the museum and western Queensland.

The display explains the involvement of Qantas Airways and its staff in Australian conflicts and missions from 1917 to 2013, through interactive video, photos and text.

The Qantas and Defence project is supported by the Queensland government.

Qantas Founders Museum was able to fund the construction of the new display as a round three Queensland Anzac Centenary Grant recipient.

Museum curator, Tom Harwood, said the new display was a valuable addition to Qantas Founders Museum’s collection as it enabled the museum to tell stories about Qantas Airways in a new and innovative way.

“Through this new display Qantas Founders Museum can expand on the story of the origin of Qantas Airways in World War One and introduce information, mostly unknown by many, of the ongoing connections of Qantas Airways to the defence of Australia,” he said. “We’re excited to use this display technology in our museum which will engage our visitors and provide a new experience.”

“Qantas is one of Queensland’s proudest creations and has a widely-known record of achievement in peacetime.

“While the First World War cost 62,000 Australian lives, one positive to come out of it was the formation of Qantas.

“I am sure this permanent exhibit will enhance the visitor experience to the Qantas Founders Museum and become yet another reason for people to visit Queensland’s magnificent outback.”

The Qantas and Defence Interactive Table Display was built and designed by Sydney-based company Lightwell.