Biochar is a natural and efficient way for farmers to fertilise their land.

It’s a hand-made welcome mat for the local community garden, a public space for the production of vegetables, fruit and education, which he helps to maintain.

We pull up next to a pile of logs and boxes of coconut shells which the restaurants in Byron Bay and Mullumbimby have been donating to be used in the project which, Wadzy hopes, will one day help see the extinction of fossil fuels.

“You’ve found us very early in the process, not many people in Australia know about it but it has great potential,” Wadzy says with a big smile.

“Farmers could be turning their waste into Biochar and ripping their soils and dropping the Biochar into the ground – it’s a natural, efficient way to fertilise the land.”

The crushed charcoal is made through pyrolysis, a simple system in which Wadzy uses drums, a small fire and unstable woody carbon. He turns it into a stable carbon, a mass which can last hundreds of years in the soil. 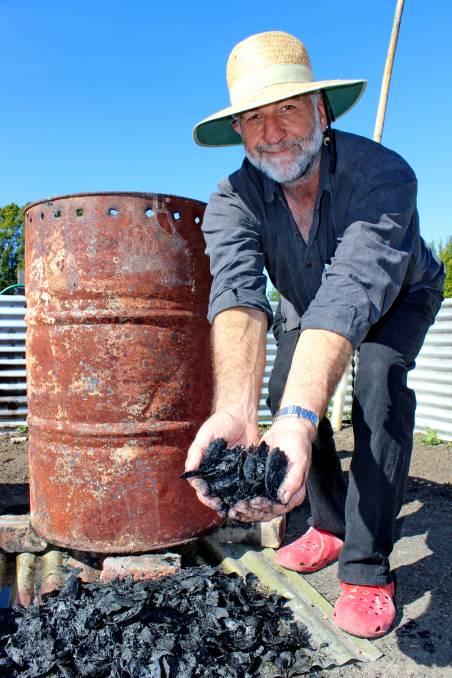 “Because biochar is porous, we can infuse it with different kinds of minerals and fertilisers – trapping them in the soil instead of having them run off when it rains or leaching from the soil.

“Sea ormus (minerals) is great to put into the biochar because it makes up about 98 per cent of the minerals we need in our soils for the crops we can put that into it and create a mineral dense biochar.

“Biochar is simply a vacant lot which will take thousands of years to break down but we’ve made a home for bacteria and fungi and, when the plant grows, it takes up the minerals and provided you keep putting organic material into the garden, it breaks down a lot quicker and then creates soil.”

Wadzy uses a myriad of organic material to create the biochar including hemp husk and fibre and said the crushed charcoal was not just for use by organic farmers. “One of the problems we’ve found with organic farming is it produces beautiful looking food but it lacks minerals because they’ve been depleted from the soil through agricultural practices and often they’ve been washed out of the soil and into the waterways after heavy rain.

“Biochar has a lot of scientific documentation behind it and it’s not just for organic farming – it’s perfect for any farmer who wants to improve soil health.

Working in permaculture since the early 1990s and devoting the past 12 years to developing biochar, Wadzy was part of a major sustainability project in the Maldives, which used the charcoal to create a mineral-rich garden.

“The EcoCentro Waste to Wealth wanted to become carbon negative so we looked at all the waste materials on the island and how we could convert it rather than send it off to the tip, and biochar was a big part of that. 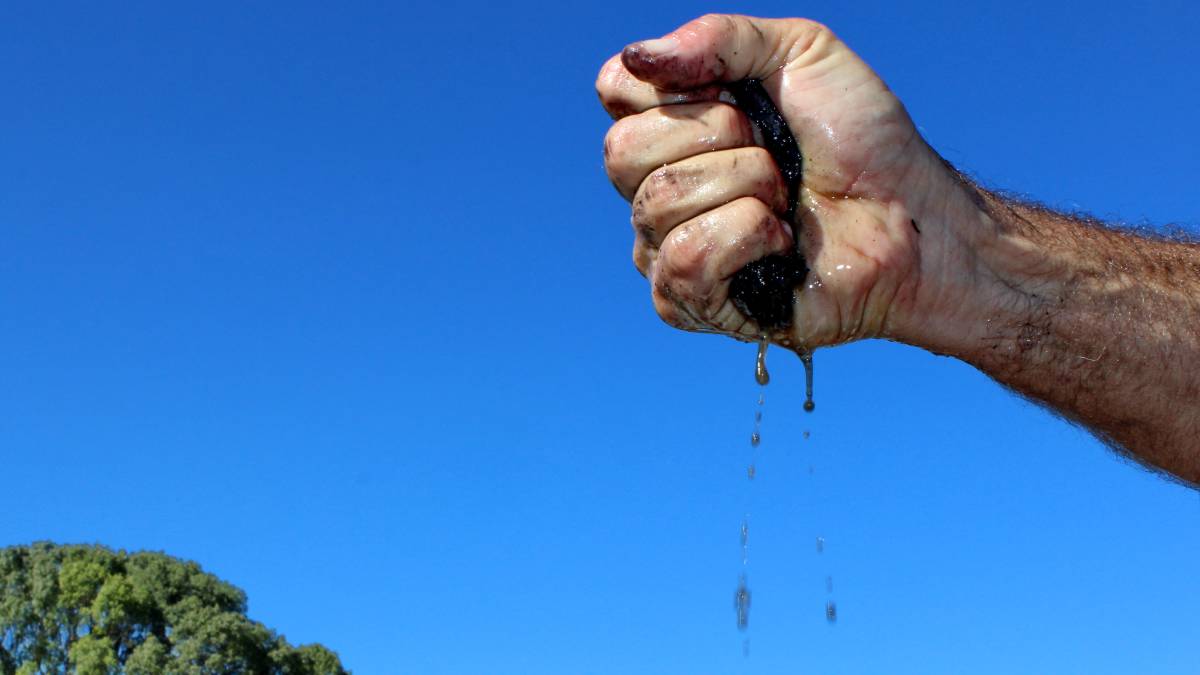 “We took all the woody waste and turned it into biochar and we put fish poo in with it and dug it into the garden and grew vegetables for the resort.

“It was an incredible experience and it instilled the fact that biochar makes a lot of sense.” Selling at $800 to $1200/cubic metre, Wadzy is said the length of the process all depended on the type of material being used.

“Heavier wood will give you heavier biochar – it all depends what you make it from. But it can be any organic material and we’re only using a very small system here with our batches of coconut husk biochar taking about 20 minutes to produce.

“But in a commercial setting it might take three to four hours and then you can add whatever mineral you want to it.

“We want farmers to understand that we can thrive and create while we solve human-made global warming.”