Leading marine scientist Peter Ridd has called on the Federal Government to allocate funding to do quality assurance checks on reef science so funding can be focused on the important issues. 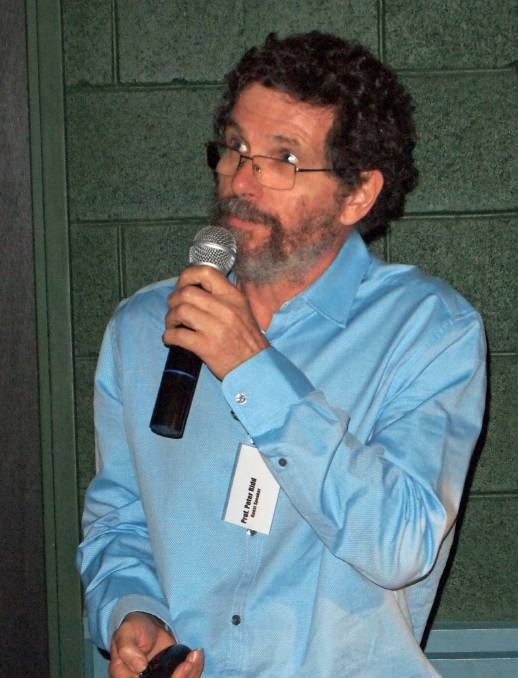 Professor Peter Ridd believes government money is being wasted on the reef while North Queensland's critical environmental issues are neglected.

Farmers are being unfairly blamed for some problems on the Great Barrier Reef when the science is poorly quality assured and some of it wrong, a leading marine scientist believes.

In claims that will certainly shock, Professor Peter Ridd believes government money is being wasted on the Great Barrier Reef while some of the most important environmental issues in North Queensland are being neglected.

Professor Ridd, who runs the marine geophysics laboratory at James Cook University, was keynote speaker at the Property Rights Australia conference in Charters Towers where he called for an independent organisation to be appointed to ensure reef science is solid.

“I am on the side of trying to get the science solid,” Professor Ridd said.

“Unless it’s solid you can’t make a good decision and the result I am sure at the moment is that farmers are being blamed for things for which they should not be blamed and there are other things where I am not sure whether they should be blamed or not because the science is not solid.”

He said he had seen claims about the impact of sediments and nutrients on the health of the reef for the last 20 years.

“Did you know that as far as the reef is concerned the sediment and nutrients coming out of the rivers is one per cent of the natural cycling of sediments and nutrients out there,” Professor Ridd said.

“The nutrients and sediments in the rivers are a very small part.

“I have published half a dozen papers showing how some of the science is wrong.”

Professor Ridd, who has more than 30 years experience working on the Great Barrier Reef, said an independent organisation was needed to make “courageous” decisions.

“We don’t have an organisation which checks the most important papers on which we are basing these decisions,” he said. “To do a proper quality assurance on paper you need to spend maybe months and replicate the data in the laboratory. That just does not happen.”

Professor Ridd believes the Federal Government should use part of its billion-dollar commitment to make sure the science is solid.

“If you are going to spend $1 billion take $2 to $3 million and check some of the most important scientific findings on nutrients, sediments and pesticides and make sure that they are solid so we can focus the money on the important issues and not the ones that will make absolutely no difference,” Professor Ridd said.

“I can assure you that a lot of it is highly dubious and most of it is not checked.”

Professor Ridd has received an academic censure from James Cook University for going public with his views. “It really annoys me,” he said. “That is an academic misconduct and blot on my reputation that will be there for the rest of my academic career.”