It’s no mean feat developing a cattle property from scratch in the Gulf Country but that’s exactly what Jenny Old and her husband Rick did at “McAllister” from 1968 to 1986. 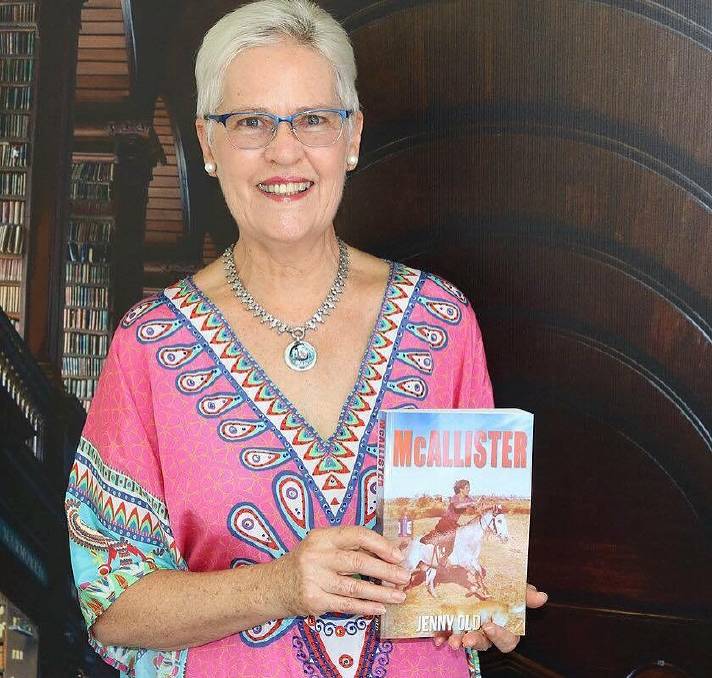 FOND MEMORIES: Jenny Old is launching her book McAllister about developing a cattle property in the Gulf. Photo: contributed

Now living at Ashmore on the Gold Coast, Jenny has been inspired to write a book about their experiences, simply called “McAllister”.

“When we moved up to McAllister we didn’t have a telephone so I wrote hand-written letters to our parents and both mothers kept all the letters,” Jenny said. “Initially I was just going to compile them for the family but my mother said you need to write a story because it’s really interesting modern day pioneering story and a unique story with a lot of funny things in it and a lot of characters.”

The Olds really did develop the property, about 90km south-west of Normanton, from the ground up – and more than once.

“We made our own bricks and built our own house, we did everything,” she said.

“We had cyclones there that demolished a lot of our property.”

They also grew the cattle enterprise as they expanded.

“When we started we had liquorice allsorts but in the end we had a lovely line of Red Brahmans,” she said.

The Olds also built the Burke and Wills Roadhouse halfway between Normanton and Cloncurry.

“We were driving to Mount Isa to see the doctor when I was pregnant and passing through, my husband said, ‘I’m going to build a roadhouse there one day’,” she said.

They made it a reality with two other couples, the Hicksons and Vin and Margie Bettington.

It was a wrench to leave the Gulf but they eventually moved to Toowoomba to be closer to their boys in boarding school.

Jenny said the book “McAllister” has only been published three weeks ago but has been well received.

Jenny will be up in the north west for the Cloncurry Show on June 10-11 staying with their old friends Chris and Don McDonald, dedicating the book to their late son Zanda.

“I’ll be at the ICPA stall selling my books with part of the sales going to ICPA,” she said. You can also buy the book at www.jennyold.com