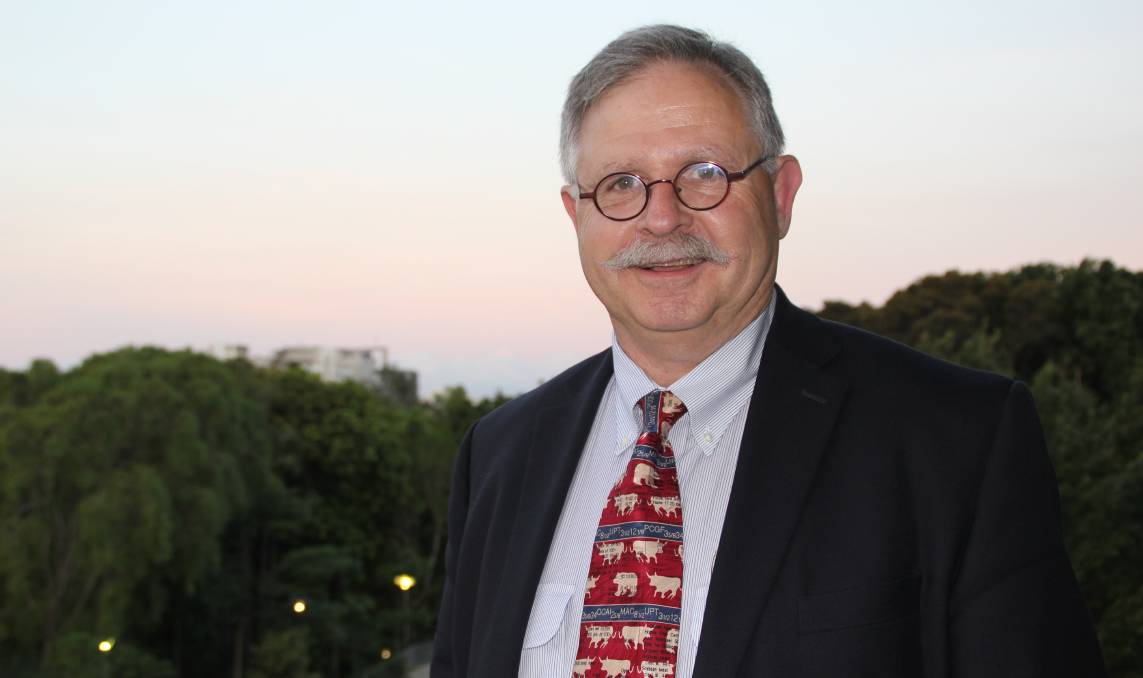 Rabobank vice president, food and agribusiness research, Don Close, based in St Louis in the US.

A SOFTER Australian dollar, continuing lower beef export volumes from Australia and a drop-off in New Zealand supply are providing a glimmer of hope for upward pressure on the indicative US 90 per cent chemical lean (90CL) price.

Combined with the start of grilling season in the US, where demand for ground beef hits a peak, this month’s slight improvement in the 90CL is providing some optimism for beef exporters, who desperately need US beef prices to keep up with Australian cattle prices.

It crept up to just under 593 cents per kilogram, Australian, which is only a 4pc decline year-on-year, compared to the 17pc year-on-year decline it was sitting at in April.

Rabobank reports Australian beef export volumes to the US are down 54 per cent year-on-year to 17780  tonnes shipped weight in April.

Senior analyst animal proteins Angus Gidley-Baird said that trend was expected to continue for the next couple of months and longer.

New Zealand production was also expected to be lower than last year, down a similar volume to Australia’s production and exports, he said.

“This will support prices, however US import prices are just as heavily influenced by what is happening in the US,” Mr Gidley-Baird said.

“Generally speaking, as the US progresses further into their grilling season and demand picks up, the price for lean product, and also imported product, tends to increase.”

It was not uncommon to see a 10pc gain from June to September, according to Mecardo market analyst Matt Dalgleish.

He forecast a price of US220c/pound (690c/kg in Australian terms) within three months.

The weaker Australian dollar would assist, providing US prices did not soften too, he said.

In contrast, the Federal Reserve in the USA had indicated interest rates may be on the increase.

An Australian dollar under US70c would support a 90CL at that US220c/lb mark, he said.

Rabobank vice president food and agribusiness research Don Close, St Louis, US, said cold storage stocks in his country had been declining at a fairly brisk pace and that should also support upward movement.

“The problem is the US cow slaughter is up about 1.5pc,” he said.

“Dairy cow slaughter is still below a year ago but our milk prices are finally going to international clearing prices and that could jack up dairy slaughter in the second half.

“That would limit the impact of reduced Australian shipments and narrow the price spread.”

US Department of Agriculture figures show US beef production was up 5pc year-on-year for the first quarter.

Mr Close said there was ‘virtually no talk on the prospects of Brazilian beef coming’ at this stage.

Meat and Livestock Australia reports cold store volumes are down 3pc from the previous month and 7pc year-on-year, at 452.3 million lbs (205,159 tonnes).

MLA said offsetting the higher US production was the decline in imported beef.

“The combination of lower Australian and NZ production with the commencement of the US grilling season should assist US beef cold stores to remain below year-ago levels for the coming months,” MLA said.

The backlog of chicken inventories in the US is possibly the larger headache for Australian beef exporters.

The inevitable price drops required to reduce these levels could have a negative impact on clearing beef stocks, according to MLA.

One shining light for Australia is the ongoing growth of the niche grassfed, antibiotic-free market, which exporters say is being aided by our strict livestock and processing protocols.

Texas cattleman James Sartwell Jnr, in Queensland this month for the World Brahman Congress, said there were certainly big opportunities for Australian producers in the growing US consumer demand for this type of product.

“Grainfed is our business - those who do grassfed in the US probably can not do it as well as you all can,” he said.

Indeed, the strength of the market prompted one NSW processor to comment: “Who would have thought five years ago, a strict grassfed program would be more valuable than 100-day grainfed beef.”