Mecardo wool market analyst Robert Herrmann said of the news an Australian trading house had been sold to a Chinese company was a symptom of an industry with declining volume, "rationalisation is inevitable".

​BIG Chinese-based textile group Shandong RuYi has made moves to buy the trading division of one of the country's oldest wool companies, Lempriere Australia.

BIG Chinese-based textile group Shandong RuYi has made moves to buy the trading division of one of the country's oldest wool companies, Lempriere Australia.

While the fifth generation family-owned company has declined to comment on the sale, widespread information in the industry confirms that the transaction was being finalised this week.

Shandong RuYi, a textile manufacturer owned by investors from China and Japan, forged a business relationship with the Lempriere Group in August 2012, following the joint purchase of Cubbie Station, near Dirranbandi, Queensland, valued at $240 million.

The vast 96,000 hectare operation is managed by the Lempriere Group, on behalf of CS Agriculture - a joint venture between Lempriere and Shandong RuYi.

In April Shandong Ruyi paid about $2.8 billion to buy 70 per cent of French firm SMCP, the business name behind fashion brands Sandro, Maje and Claudie Pierlot.

SMCP sells dresses in the "accessible segment" of the European luxury market and in China.

As wool market analyst Robert Herrmann at Mecardo, noted “this is the time of the year when big industry disruptions can occur – not on the price front but on industry structure”.

“It is at this quieter time that new brokers usually emerge, or players exit the industry,” Mr Herrmann said.

“… it is a symptom of an industry with declining volume, rationalisation is inevitable.

“This won’t be the last we see in this field, rationalisation, innovation and new technology application must continue for the wool industry to compete into the future.”

This season, Lempriere Australia is the fourth largest wool buyer, purchasing more than seven per cent of the national clip sold at auction, with 111,557 bales of predominantly Merino fleece. 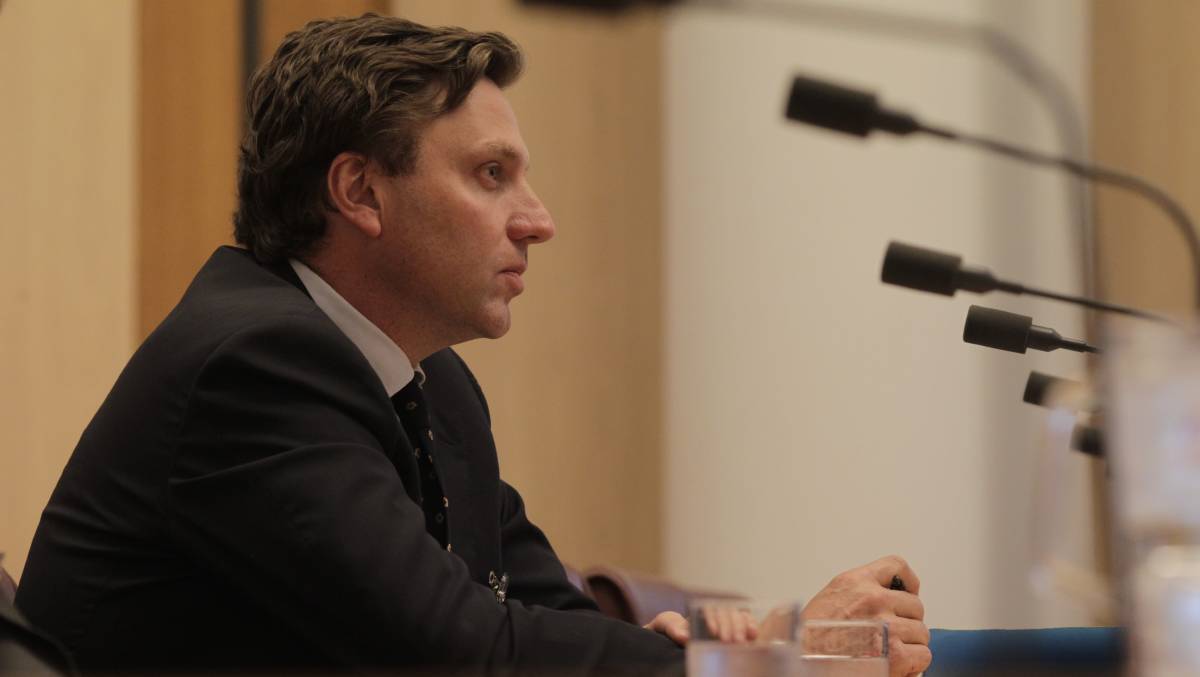 Will Lempriere during a 2012 parliamentary committee in Canberra where Lempriere Australia's involvement in the purchase of Cubbie Station was discussed. Photo: Andrew Meares

Founded in 1857, the company led by William Lempriere has been the world’s largest wool merchant since 2009.

WSI exports 40 per cent of New Zealand’s wool clip and has turnover of about $226.9m.

The growth in the agribusiness group continued last year when Lempriere acquired a 45 per cent shareholding in New Zealand-based Cavalier Wool Holding as part of a move to merge wool scouring operations with WIS.

In the 159 years since commencement Lempriere has sourced about 2 billion kilograms of Merino fleece from Australia, Argentina, South Africa and New Zealand as the supplier for the likes of Burberry, Austin Reed, Zegna, Cerruti and St. John Knits.

The story Shandong RuYi moves to buy Lempriere first appeared on The Land.