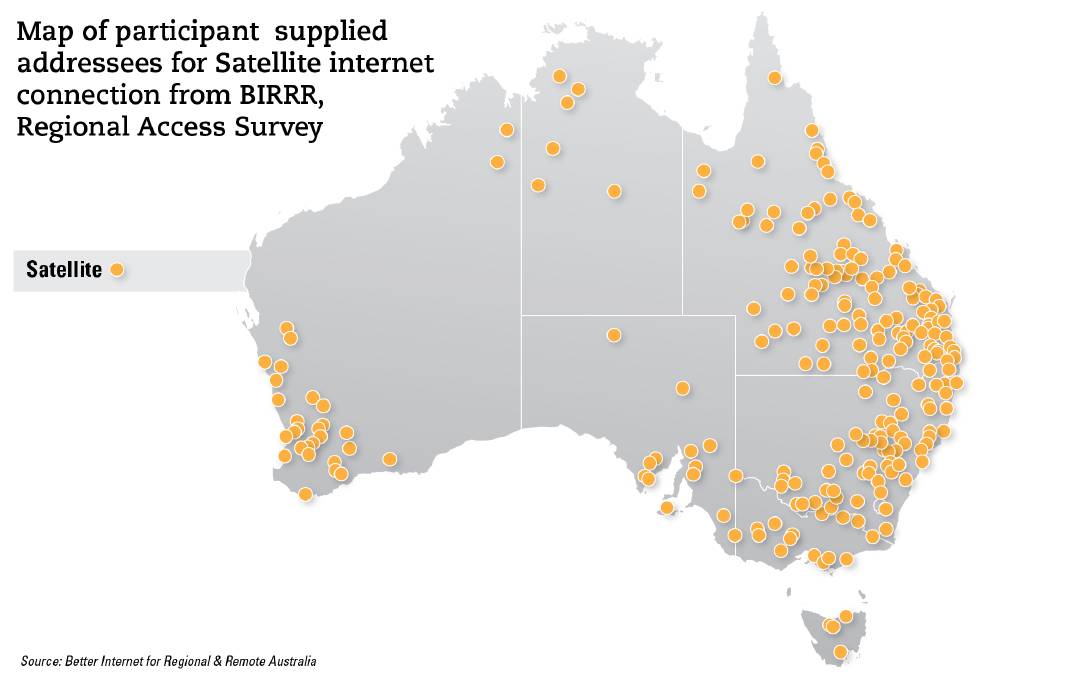 Across the board: People from across Australia responded to the survey, highlighting the widespread concerns being felt on internet access, speed and cost.

Costs of up to $20 per gigabyte of data on mobile broadband and up to $70/GB on satellite broadband – these are some of the shocking statistics revealed in the Better Internet for Rural, Regional and Remote Australia (BIRRR) Regional Internet Access Survey results released this week.

Costs of up to $20 per gigabyte of data on mobile broadband and up to $70/GB on satellite broadband – these are some of the shocking statistics revealed in the Better Internet for Rural, Regional and Remote Australia (BIRRR) Regional Internet Access Survey results released this week.

The in-depth survey of almost 2000 internet users Australia-wide has revealed critical problems with current internet options, and it warns of long-term consequences if changes are not urgently made.

“We hear sad stories every day,” spokeswoman Amanda Salisbury said. “Now with these results, the problems are pretty clear-cut.”

The survey, distributed through the BIRRR Facebook group, investigated current consumer conditions for people in rural, regional and remote areas of Australia using the internet, and found that they were severely disadvantaged in terms of access, speeds, cost and reliability of internet connections, whether they be via mobile broadband or via satellite.

They are issues that are having a dramatic effect on rural, regional and remote peoples business, the education of their children and themselves, and on their personal well-being.

“There is little doubt that the world is becoming more and more centred around the internet – from business accounting clouds to online education courses and distance education, from virtual medical consultations to emergency contact points, from the latest app developments for farming ventures and simple tools of communication, it’s all happening online,” Amanda said. “Internet access is no longer an ‘option’ – it’s an essential part of everyday life.”

“People aren’t asking to watch movies after work – they want to make their business as efficient as any in urban Australia.”

Among the statistics revealed from the survey: