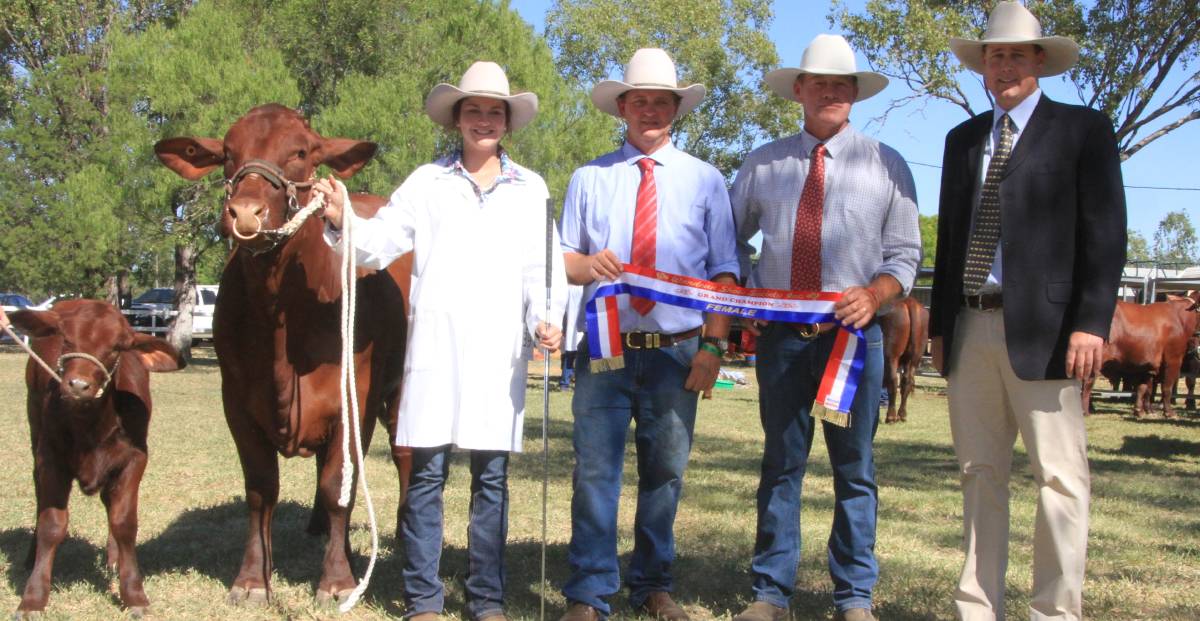 Numbers of spectators and class entries more than doubled at this year's Wandoan Show with the Santa Gertrudis feature a huge hit.

The Wandoan Show was a hit for all ages with new classes and sections attracting a broader audience and greater participation on the weekend.

The revival of Wandoan’s Santa Gertrudis feature show was a key drawcard and chief stud cattle steward Karen Mayes said it came with many other changes to the program.

“It’s been more than 20 years since the last feature show and we’d made changes to the days of the show itself so I was nervous of the outcome,” Mrs Mayes said.

“We used to judge each breed but now we have interbreed classes so that adds a new dimension and it’s bringing more interest.

“I was a little scared about how the changes would be received but everything ran smoothly and we had 144 head in the stud ring which was pretty spectacular.”

“The Santa Gertrudis feature helped increase numbers through the gate for the show society. They had more gate entries from 6am- 10am Saturday morning than what they received for the entire two day show in 2015,” Mr Noller said.

“We were glad to be a part of it and we thank the committee for hosting such a great event.”

Cattle were exhibited from Queensland, New South Wales, Victoria and South Australia and Mr Noller said he had many producers commented on the quality of the cattle and positive progression of the breed.

“We had an idea it could be that big and the wide area our entrants came from along with local participation contributed to the event’s success.”

Mr Noller said an appealing prize pool of more than $10,000 was part of the reason for the high calibre of entrants.