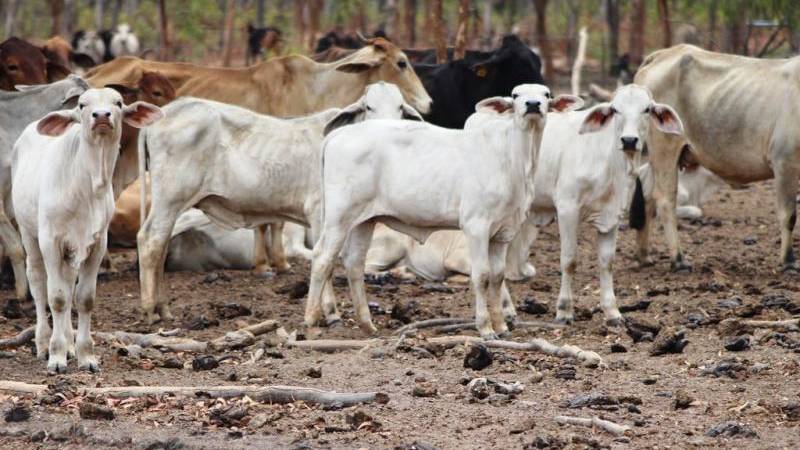 TOP END: The Elders-listed 60,200-hectare Middle Creek Station at Larrimah, about 200km south east of Katherine, is one Northern Territory cattle property on the market.

The strong momentum experienced in the Northern Territory property market is expected to continue in 2016.

THE Northern Territory rural property market is shaping up as another active year following the sale of 13 pastoral holdings in 2015.

Herron Todd White valuer Frank Peacocke based in Darwin said the momentum of the past 12 months was expected to continue in 2016 with property agents indicating that several more cattle stations are likely to hit the market in the next six months.

“We expect a similar mix of international and domestic corporate interests as well as private, family class operators noting that international investors accounted for three sales in the NT and Kimberley in 2015 while corporates purchased two and the balance eight were snapped up by local or interstate private operators,” Mr Peacocke said.

There was continued inquiry from foreign investors for 20,000-plus head northern cattle stations, he said.

Mr Peacocke said there was also a trend among investors to buy pastoral leases with the intention of applying for changes in land use under diversification permits available under the Pastoral Land Act.

“We understand an international based group is currently in the late stages of due diligence to purchase a northern pastoral lease that features good groundwater and appropriate soil types for diversification of part of the lease to high value horticulture,” Mr Peacocke said.

“One of the latest was Macdonald Downs located 285km north east of Alice Springs. The property settled in late November for $8.6 million walk-in, walk-out and reportedly included a good quality 5000 head Santa and Droughtmaster cross breeder herd, plant and equipment.

“We understand that the offering attracted strong interest with seven parties inspecting but eventually a pastoralist with considerable experience in the Territory but hailing from south west Queensland sealed the deal.”

“The recent announcement of 200,000 permits issued for the next trimester is also a confidence booster for northern pastoralists,” Mr Peacocke said.

“The Australia Live Export Council announced that the Indonesian Government has approved permits for issue on a trimester basis rather than quarterly, allowing producers more fluency in their selling and buying into the export market.

“There should now be more time in planning the logistics phase and producers will have more time to get the cattle into specification for the Indonesian markets and when it comes to Ramadan (from June 6 to July 5), Indonesian feedlots can now order northern Australian cattle in preparation and the pastoralist can budget for it.”

Mr Peacocke said the Indonesian Government’s decision not to proceed with a 10 per cent tax on cattle entering Indonesia had added to the confidence with Australia.