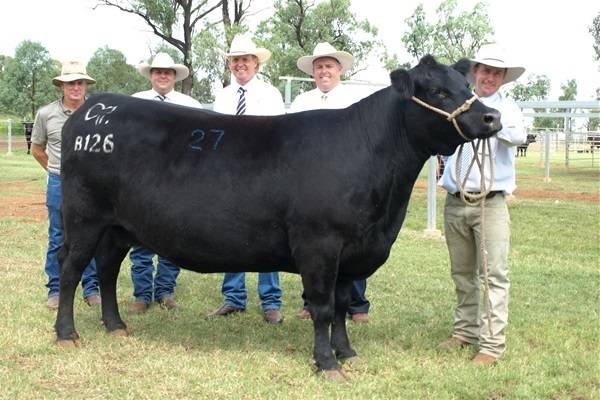 She was in-calf to successful sire, Raff Dictator D364.

Raff Burnette has a blue-blood pedigree being out of Raff Burnette U108, which is a full sister to Raff Ultimate U27, a bull which sold to Andrew Smith, Tieyon Station, Alice Springs, for the $30,000 Queensland private sale record money in 2002.

Mr Toohey, a repeat buyer for many years, said he was delighted to acquire such a high-profile Angus female for his next flush program.

Marketing agents Glasser Total Sales Management and Ray White Livestock Sales Management sold 78 registered Raff females for a $3307 average, and 14 in-calf APR Raff heifers in two pens for a $2114 average, selling to a top of $2400, which is believed to be another Queensland record.