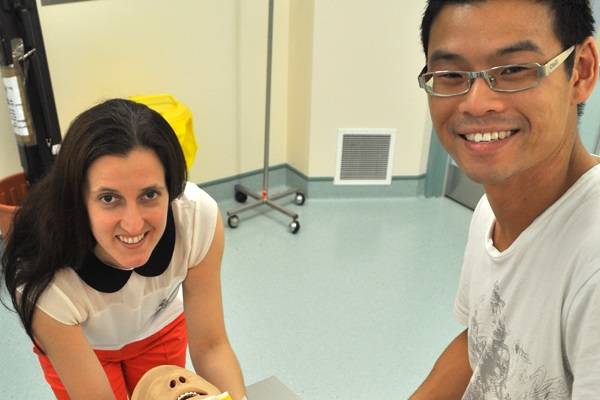 CITY based doctors are checking up on bush medicine thanks to two major training events at Beaudesert and Emerald.

HEALTH Minister Lawrence Springborg's plan to turn Beaudesert Hospital into a training facility for rural doctors has been given a positive prognosis from young city GPs keen on taking their much-needed medical skills bush.

The urban based doctors were recently at the South East Queensland medical facility for a 'Go Rural Queensland - a day in the life of a rural doctor' workshop run by Health Workforce Queensland.

While Beaudesert might only be a one-hour's drive from Brisbane, the town's medical services still operate in a rural context that would appear foreign to how services are delivered in the city, according to Health Workforce Queensland CEO Chris Mitchell.

"I imagine that some readers of Queensland Country Life would hardly classify Beaudesert as rural given some of the remote locations where they live and work but in terms of medical facilities these are not unlike what would be encountered in other rural areas across the State," he said.

"This is what makes Beaudesert the ideal training area, because it's so close to Brisbane and the Gold Coast so we're able to easily bring these city doctors out here for a day or two and immerse them in the rural experience."

Doctors who attended last month's workshop were able to try their hand at several procedures often required of rural based clinicians.

They will participated in simulated emergency medical scenarios, such as stitching wounds and stabilising a suspected spinal injury in preparation for retrieval from an accident.

During the day the doctors also visited two medical practices in Beaudesert and met with local doctors .

"We wanted to give these doctors a taste of the impact they can make as a rural doctor," Mr Mitchell said.

"The benefit of targeting registrars and interns is that they are at the stage in their careers where they are looking to make a difference. This

"We also recognise the huge role spouses have in the decision making process when relocating for career purposes. This is why we invite the spouses along to participate in a day of exploring what an area like Beaudesert and its surrounds offer in order to experience a rural lifestyle

Another 'Go Rural' event targeting medical students will be held in Emerald on the first weekend of May. Mr Mitchell said 60 medical students from four Queensland universities - Bond, Griffith, James Cook and UQ - were expected to arrive in the city from Friday, May 3.

"Not only will each attendee meet like-minded peers and future colleagues from other Queensland universities but they will also learn basic procedural skills, be exposed to multi-disciplinary sessions and get to know a regional area in Queensland that could one day be their workplace," Mr Mitchell said.

Health Workforce Queensland is a not-for-profit organisation that attracts and supports health professionals to work in rural and remote communities. It is part of a national network of state and territory Rural Workforce Agencies.