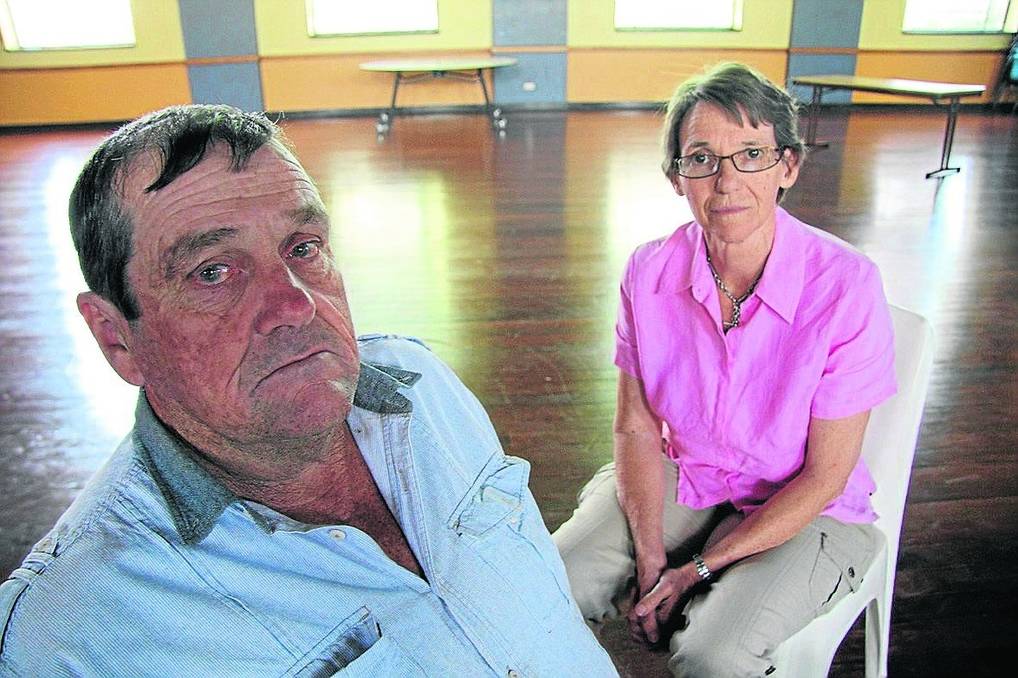 Chinchilla's Col and Marcia Davis are running out of water on their Wamba property after gas drilling affected their bore supplies.

COL and Marcia Davis' Chinchilla property is in what you might call an awkward position.

COL and Marcia Davis' Chinchilla property is in what you might call an awkward position.

It comes under Arrow Energy's tenure in one half and Origin's on the other, and its boundary sits 600m outside the 'magical' cumulative management area (CMA) boundary as identified by the Surat Underground Water Impact Report.

That means its failing groundwater supply is a priority only for the Davises, who run 1500 cattle and a piggery.

"We've got surface water at the moment because the Wambo Creek got a flood in January-February, and seepage out of the banks is keeping it going, but we're in a position that we'll be looking for water within the next two to three months," Mrs Davis said.

Wamba, which has been in Mr Davis' family for more than a century, had an unfailing supply of bore water until 2008, when gas started to severely impact on two bores.

"We've got seven bores and six are in the Walloons," Mr Davis said.

"The one that isn't, we're having no problems with, because it's shallower than the others."

However, they did have a "big problem" with the main bore, which was 162 metres deep.

"The two main bores we can't pump out of any more because they've got that much gas in them that the impellers or the mono rotor kits burn out," Mr Davis said.

The couple said gas levels in their bores had become worse in the past 18 months, and Origin had agreed to replace a bore.

"They've said they'll do it in two years, but we'll need it before then," Mr Davis said.

They have also been told they will be covered by a make-good agreement when the next CMA is drawn up in three years.

"Our biggest problem is they refer it from person to person, and that's been happening since 2008," Mrs Davis said.

When stating their case at a meeting on October 10 at Miles, they were referred to the CSG Compliance Unit.

Wamba is 5km from the closest gas well, and sits near the top of the Walloons.

"So what's going to happen when they start pulling gas out of the bottom of it?

"The water might just flow downhill, as water does, and away from bores like ours closer to the surface," Mrs Davis said.