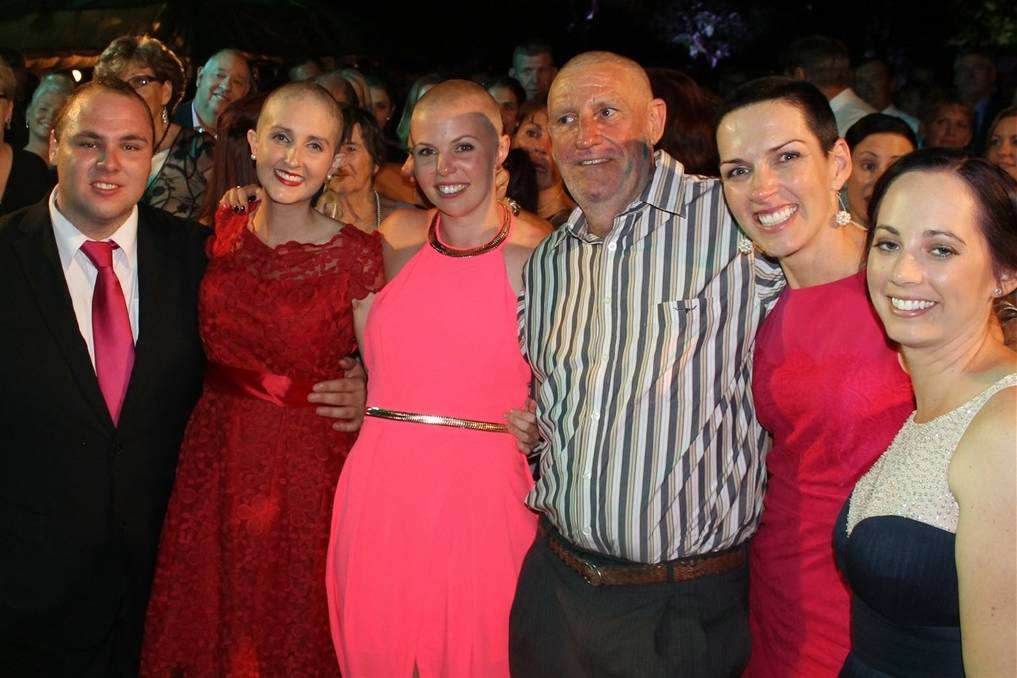 Displaying their freshly shaved heads, Maree, Peta Ann and Rebecca and their support crew were surrounded by well-wishers.

AN extraordinary display of generosity, the sort that Queenslanders are famous for, took place in Longreach last weekend.

AN extraordinary display of generosity, the sort that Queenslanders are famous for, took place in Longreach last weekend when three young local women engaged their community for the cause of breast and prostate cancer support and raised a mammoth $23,000 in just one night.

On top of their work for the last six months this will become $50,000 bankable notes for the West’n’Breast support group once expenses are taken out.

Over 300 people from around the central west gathered on the lawns of the Jumbuck Motel to support the three friends – Peta Ann Gowing, Maree Scutt and Rebecca Fickling – and shared in the emotion of the night as they shaved their heads and revealed their true beauty.

Fellow volunteer shaver and local grazier George Gowing spoke for many when he said he was so glad to be part of such an evening.

“I can’t believe the crowd here,” he said.

“This is one of the best functions we’ve ever seen.

“Everyone is touched somehow by these cancers – we feel it more because we’re a small community.” 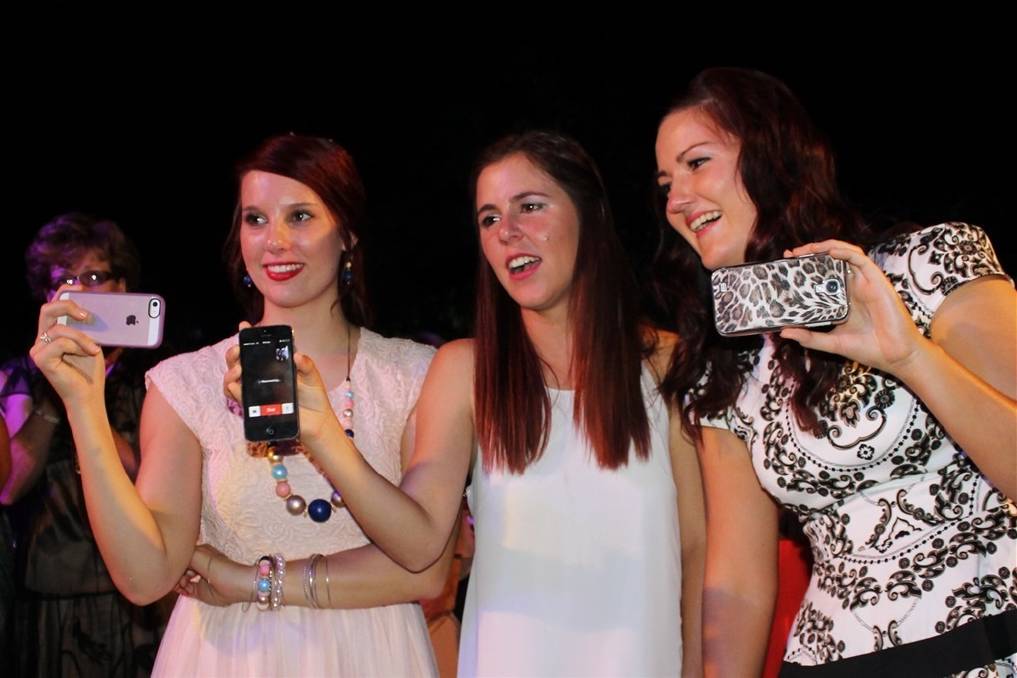 They came from far and wide to support the evening, especially Laura Davenport all the way from the UK, and Kate Christensen from Roma. Click on the image to see a gallery of photos from the event.

George himself was diagnosed with prostate cancer when he went to the doctor about something else and had a blood test as part of a general check-up.

“I had no symptoms, I thought I was bullet proof,” he said. “Now I talk to my mates about it any chance I can get.”

His words were echoed by major sponsor Bill Suffren, who said the cause was close to his heart, having lost a mate to cancer.

“All we can do is hope they find a cure. In the meantime, we couldn’t be prouder than to host an event like this.”

Peta Ann Gowing spoke for everyone when she said it had been overwhelming to see how the community had come together despite the hardships of the last 12 months.

“I hope by our doing this, it inspires you to all go out and fight for what you believe in,” she said.

West’n’Breast chairperson Heather Morton congratulated all three girls and their support team on their magnificent job, saying that the money raised would stay in the west, to be used on pamper packs and in training nurses, amongst other things.