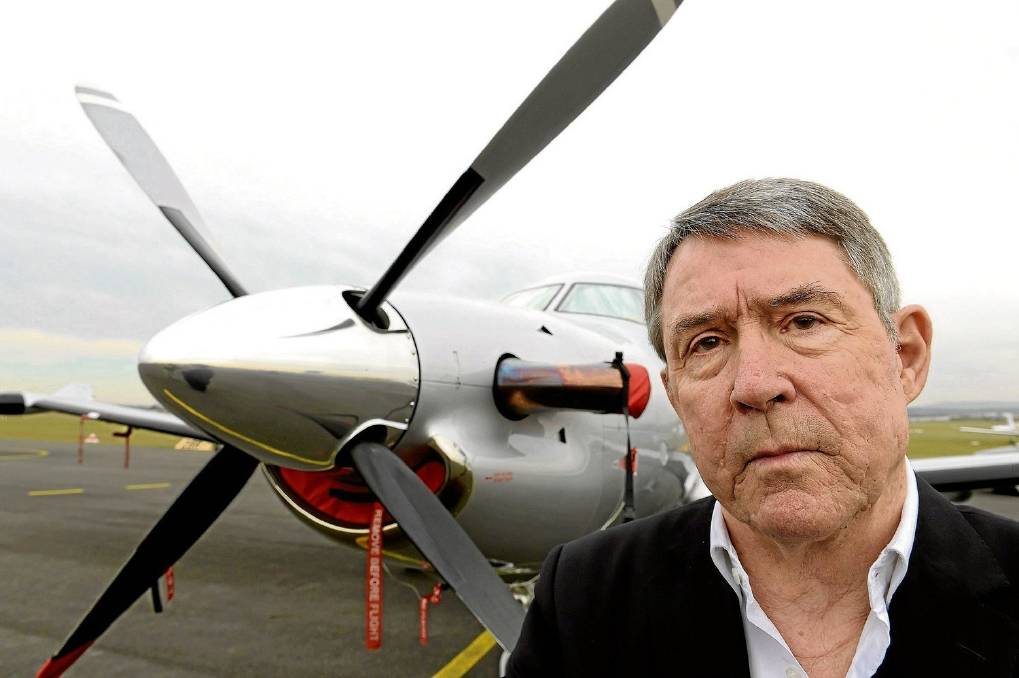 Angel Flight CEO Bill Bristow, pictured at Archerfield Aerodrome, describes the CASA paper as "make or break" for the charity.

RURAL Australia is in danger of losing one of its most cherished charity organisations if a preferred option put forward in a discussion paper on safety standards for community service flights is acted upon.

RURAL Australia is in danger of losing one of its most cherished charity organisations if a preferred option put forward in a discussion paper on safety standards for community service flights is acted upon.

The Civil Aviation Safety Authority (CASA) has just released what it calls “a first step” to stimulate discussion surrounding the regulation of community service flights, based on what it says is a desire for the best possible safety outcomes for everyone.

Angel Flight is the main volunteer group conducting these types of flights and its CEO says CASA’s favoured position will be “highly destructive” to the organisation, to the point where it would have to cease operating.

Bill Bristow describes CASA’s paper as “make or break” for the charity that has flown over 16,500 missions and helped more than 2500 people in its 11 years of existence.

Although 10 options are presented in the paper, canvassing a range of administrative changes, option five – establishing an approved self-administering aviation organisation – is CASA’s preferred method of meeting its safety management goals.

“There are charitable organisations that already function as a kind of ‘booking agency’ for the conduct of community service flights,” the discussion paper noted.

“If this proposed regulatory model is adopted, such organisations would be expected to ensure that the pilots and aircraft meet specified standards when conducting such activities under the organisation’s auspices.”

It lists responsibilities including assessing and authorising pilots, assessment and approval of aircraft, regular pilot proficiency checking, and pilot and aircraft tasking.

Mr Bristow said this would entail setting up a “huge, demanding and complex bureaucracy” that would “kill Angel Flight dead”.

The group has identified an “astronomical” rise in insurance costs if Angel Flight were to become responsible for private pilots making private flights, as just one of the consequences.

“We don’t believe it’s necessary and 100 per cent of our pilots say it’s not necessary either,” he said.

“Our pilots are highly regulated already by CASA, and we have higher entry level credentials than CASA requires.

“Our requirement is for a minimum of 250 hours in command.”

While Mr Bristow said none of the options put forward in the discussion paper were necessary, he believed that if there were any issues, it was up to CASA to address them through their current standards.

“We are not an aviation organisation. We’re like a dating agency – we find people in need and introduce them to the resources they need.

“What we do is like driving your friend to hospital.”

In the 11 years that Angel Flight has been operating in Australia, one fatal crash has taken place, at Nhill in Victoria.

The coroner said at the time that “in the circumstances I do not consider there is cause to make adverse comment about the role of Angel Flight in this case”.

CASA’s manager for corporate communications, Peter Gibson said the growth of community service flights over the years meant it was appropriate to consider the level of safety passengers receive.

Although he agreed that comprehensive regulations were in place for all operations, he said CASA was committed to working to continually improve safety.

“It is widely recognised that the availability of community service flights fills an important community need, and as they become more widely used, pilot qualifications, pilot experience and aircraft certification and maintenance standards could become significant risk factors,” the discussion paper states.

The preamble is a minefield of bureaucratic conjecture, listing objections to maintaining the status quo such as “a lack of transparency as to choice of aircraft and pilot” and “a lack of clarity as to the level of responsibility that each agent assumes when a flight is conducted”.

The paper also swerves away from safety issues to expressing a concern that medical professionals aren’t able to decide whether a patient’s circumstances warrant Angel Flight’s services, although a check of the organisation’s website shows that it is medical practitioners, nurses and social workers who register mission requests.

A similar lack of knowledge of Angel Flight’s basic operation is shown when the paper says that “unless controls are put in place, the aircraft involved could potentially vary from an amateur-built experimental aircraft through to a turbine powered corporate aircraft”.

Mr Gibson said that CASA would listen to what everyone had to say, would think about the responses and determine the appropriate way forward.

“No action will be taken until all responses and submissions have been considered,” he said.

Predicting an enormous backlash from country people, Mr Bristow urged people with concerns for the future of Angel Flight to put a submission in before the closing date of October 10, and to contact their local MP.