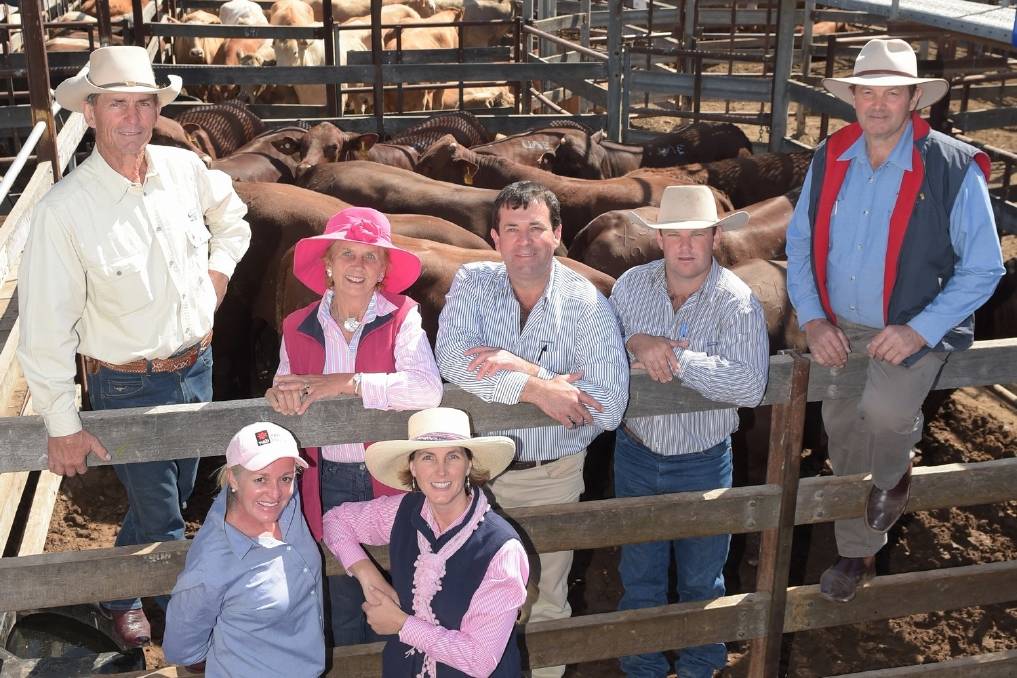 DARLING Downs grain grower Carmen Bailey entered the Win a Pen of Santa Steers competition on a whim and couldn't believe her luck when she won the prize.

Mrs Bailey and her husband David farm 2300 hectares across four farms, including their home property Denby, at Brookstead.

The 12 steers were donated by Gyranda Santa Gertrudis Stud, Theodore, and have been on grain for 108 days at Whaka Feedlot, Quinalow. They weighed approximately 700kg and were sold by Grant, Daniel and Long agents at the Dalby Saleyards this morning to return 237c/kg.

Half of the sale proceeds will be donated to the Royal Flying Doctor Service and Mrs Bailey will receive the other 50 per cent.

Mrs Bailey said it was exciting to win and to attend the Dalby sale.