It has been a year to the day since Queensland mums, Kristy Sparrow and Kylie Stretton launched the Facebook group Better Internet for Rural, Regional and Remote Australia. 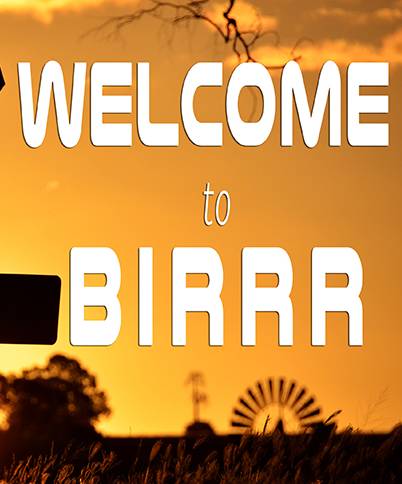 It has been a year to the day since Queensland mums, Kristy Sparrow and Kylie Stretton launched the Facebook group Better Internet for Rural, Regional and Remote Australia (BIRRR).

In just twelve short months, the group has seen more than 4300 people from across Australia join, including representatives from NBN Co, Telstra and internet service providers (ISPs), reflecting not only the degree of frustration being experienced at what the group has come to call the “data drought” in the bush, but the respect the group has gained in industry circles.

Now, the creators of BIRRR have taken their initiative one step further by launching a dedicated website that features data-saving tips and a wealth of information on issues such as the NBN rollout sites, speed-test links, malware and modem issues.

The pooling of resources, information sheets, links and tools has helped to create an online ‘one-stop-shop’.

BIRRR founder, Alpha’s Kristy Sparrow said social media wasn’t the ideal platform for sharing the many files generated by enquiries, and wasn’t used by everyone.

“We are continually answering questions,” she added, explaining the website’s purpose. “I don’t know why a group of volunteers has to do this – it should be up to the government.”

This week alone she has fielded three enquiries from people who were on Telstra satellite plans and wondering whether to recontract and what else is out there.

“The providers aren’t going to tell them there’s a better option,” Kristy said. “It can be quite a complex issue, with many not fully understanding their own broadband set-ups - which range from mobile broadband to satellite and fixed wireless.”

“The rules for using each varies and even within each type, data limits, speeds and other issues change and can be incredibly confusing. The new website is an easy-to-navigate resource which will be updated regularly, as new stories, tips and changes to bush broadband occur.”

“We hear so many stories like this – people doing school in the car, people not able to hire staff, people leaving the bush. And despite the recent launch of the SkyMuster satellite, we are a long way from seeing problems resolved.”

Kristy said they had had a few wins since starting the group, but the data drought was a very real and ongoing problem for business owners, families, farmers and individuals across Australia.

“Of course, the main conversations will still occur on our group page, but it’s great to have a one-stop location where people can find the information to assist them.”

The page can be found at www.birrraus.com