KRISTY SPARROW shares her thoughts on the launch of Sky Muster.

Last week the National Broadband Network (NBN) successfully launched its SkyMuster satellite from French Guiana in South America. I was invited to attend the official launch party in Sydney, but was needed more at home. Instead of sharing the launch with Bailey Brooks (who won a competition for her illustration to adorn the nose of the satellite), NBN officials and government personnel, I sat in my office on a cattle property (in central western Queensland) live-streaming the launch via YouTube. 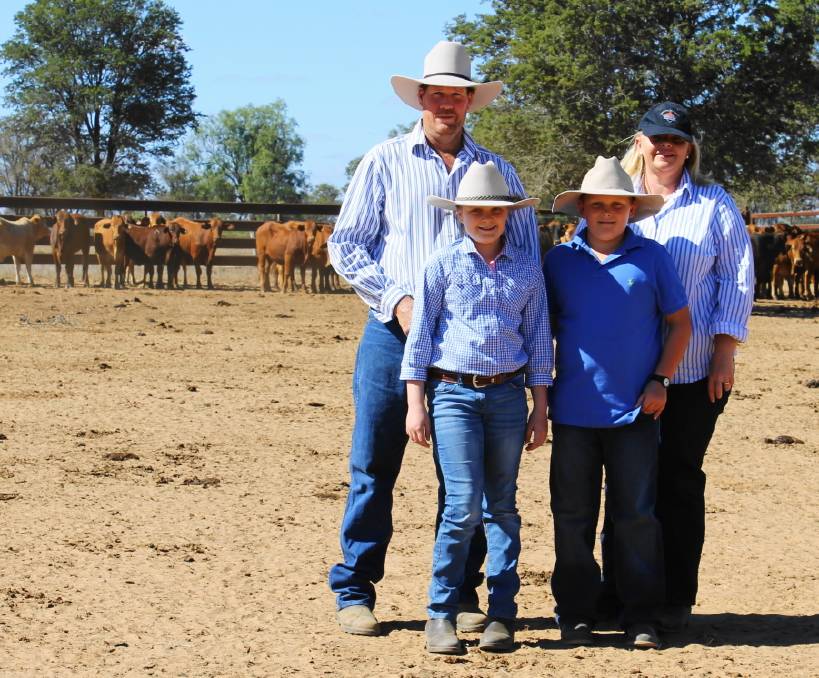 Alex and Kristy Sparrow and their children Madeline and Tom at home at Alpha, one of many families in the bush challenged by a "data drought" and lobbying for equitable internet services.

Ironically, I probably chewed through a week’s worth of my data!

It was an exciting event to watch and even more exciting to dream about what this satellite might bring to regional Australia. My fingers were crossed for the entire launch, as the satellite that is supposed to end the bush data drought blasted off into space.I wondered if NBN and the Australian government realised how many bush businesses and remote students were also holding their breath and crossing their fingers.

For me, it was what happened after the launch that was truly amazing.

As an admin on the Better Internet for Rural, Regional & Remote Australia (BIRRR) Facebook group, I hear horror stories every day of how the lack of equity in telecommunications adversely affects people right across the country.When the satellite launched and a television channel ran a story on poor internet in the bush, our Twitter account (@FixBushInternet) went into meltdown and our Facebook group exploded with posts from people asking how they could access more data and faster speeds. NBN is finally coming to the bush, an event worthy to celebrate.

I was disappointed when media began to proclaim the ‘data drought was over’ and that bush internet was ‘fixed’. For some, this reality is more than five years away - five more years of limited data (60 times less than metropolitan regions), shockingly slow speeds and ridiculous costs. For those on the oversubscribed NBN Interim Satellite System (ISS) or a Next G Wireless Local Link (NGWL) Telstra service no amount of money, begging or pleading will get them any more data.

Yes, the satellite has launched, but it is no silver bullet to #fixbushinternet.

The first customers are not expected to be connected to SkyMuster until April 2016, with approximately 5,500 connections a month. With between 200,000 – 400,00 estimated connections many people fear it will be 2020 before the #datadrought can be overcome.

As yet NBN have not released any priority of access, but my BIRRR team is keen to see children who are enrolled in schools of distance education have first access to the satellite.