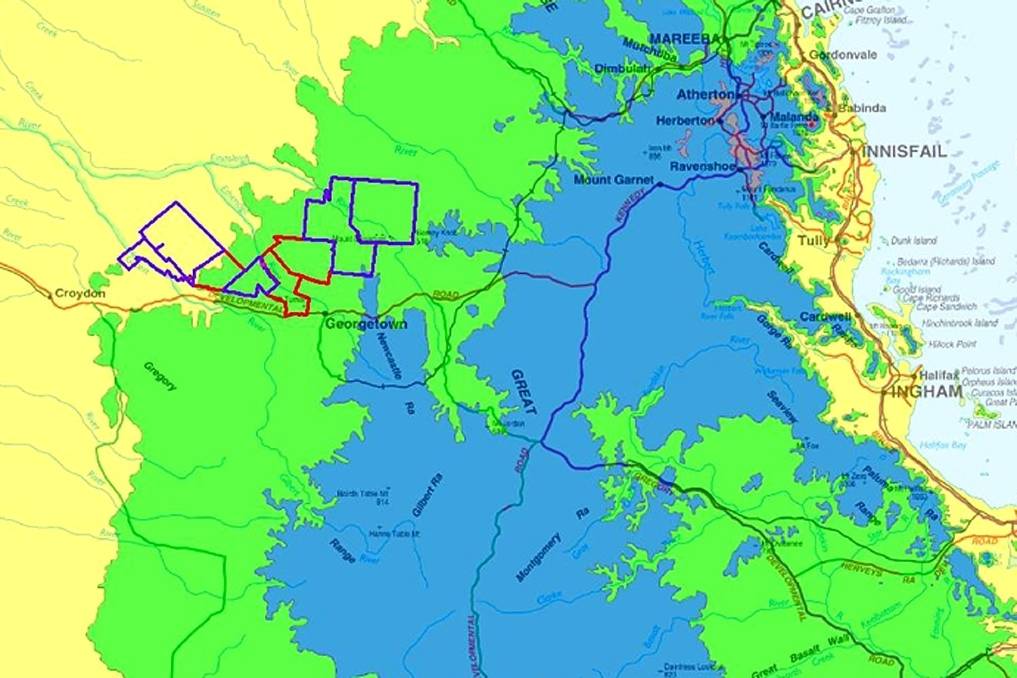 NEW life has been breathed into a major FNQ agricultural project, feared killed off following the January 31 Queensland election.

On Friday the Palaszczuk government announced environmental impact studies would now need to be completed before the proposed $1.98 billion Etheridge Integrated Agriculture Project in the Gilbert River catchment near Georgetown can proceed.

The Integrated Food and Energy Development (IFED) project is expected to include the development of sugar and guar industries in addition to cattle, meat processing and aquaculture over 50,000 hectares.

Substantial numbers of those jobs are expected to be made available to local Indigenous people.

Under the proposal water would be diverted from the Einasleigh and Etheridge rivers into two artificial off-stream lakes and channelled to pumping stations which supply irrigation.

Queensland Development Minister Anthony Lynham said the memorandum of understanding (MOU) would lay out a transparent and comprehensive assessment pathway for the project.

"The previous LNP government signed a secret development protocol with the project's proponent, (IFED), in November 2013 but the details were not disclosed," he said.

"The Palaszczuk government is honouring an election commitment by rescinding this protocol and releasing it."

Dr Lynham said the MOU would:

"Most importantly, we require an overall net benefit from the project," Dr Lynham said.

"This government supports jobs, but projects must stack up financially, environmentally and in the public interest," he said.

The project had come under considerable pressure from anti-agriculture groups including the Wilderness Society.

IFED director David Hassum said the MOU was a crucial step in moving the project ahead.

"The MOU provides clarity and certainty was what is a large greenfield project," Mr Hassum said.

"The MOU creates a pathway that, if successful, will provide a linkage between an approval process and a water allocation.

The job-boosting announcement comes amid growing concern that the scandal-wracked minority Palaszczuk government has been gripped by political paralysis.

The environmental impact statement is expected to take 12 to 14 months to complete. The project has a planned three-year construction phase.

No dams will be constructed as part of the project. Instead, flood water will be diverted into off stream storages to supply the project area.

Shadow Minister for Northern Development, Andrew Cripps, said the Qld government had been forced into a "backflip" over the project.

"The Palaszczuk government broke an election commitment to the Wilderness Society by providing some certainty to the IFED project as part of a rigorous assessment process," Mr Cripps said.

“Less than two weeks ago Minister Lynham handed a draft development protocol to IFED representatives, effectively scuttling any chance of the project progressing, but today we saw a dramatic backflip.

“This is an uncommon win for common sense, but it’s unfortunate that Minister Lynham and Labor have had to be dragged kicking and screaming to provide North Queensland with a chance to secure this significant job-creating economic development opportunity.”

“Let’s be very clear, neither the former LNP process or the new Labor process gives IFED a free kick, but what can happen now is that the proponents and potential investors can go through the necessary approval processes with certainty and I welcome that," Mr Cripps said.