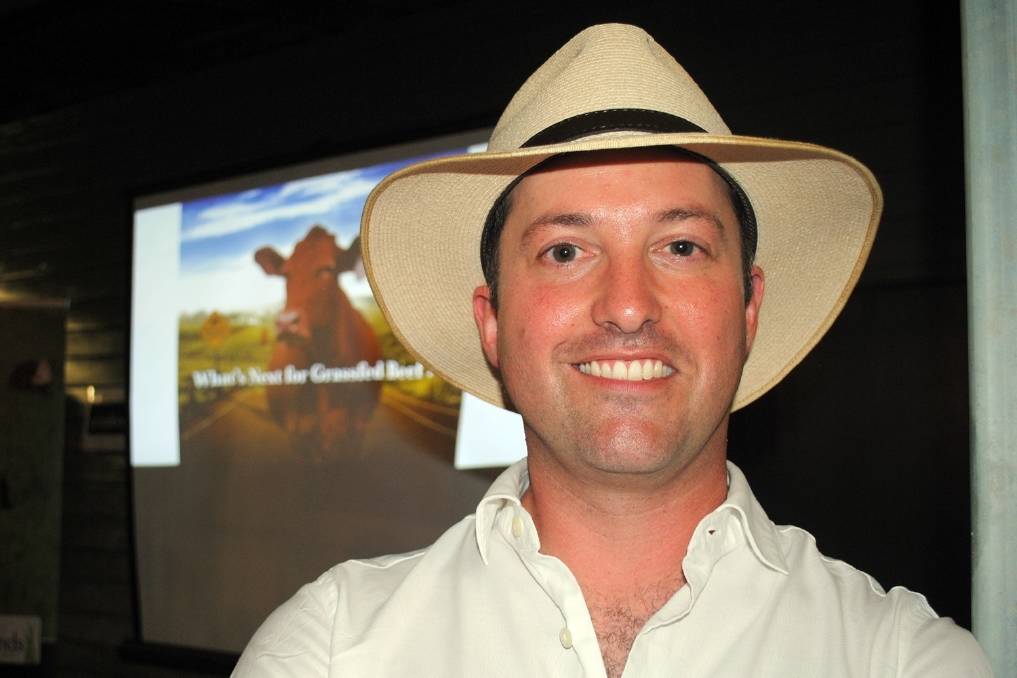 A GROUP of US consumers have seized on grassfed beef produced in Australia as way to achieve their goal of being "good citizens of the world".

A GROUP of US consumers have seized on grassfed beef produced in Australia as way to achieve their aspirational goal of being "good citizens of the world".

San Francisco-based food service industry consultant Alexei Rudolf said millennials - people aged generally between 22 and 37 - have emerged as a distinct consumer group whose aspirations include being more 'responsible', particularly for their own health and for the global environment.

"The US is the land of grainfed beef," said Mr Rudolf, who was speaking to the audience at the Grassfed Beef Awards during Beef 2015.

"US consumers have come to prefer the fat profile and the mild flavour of grainfed beef.

"But millenials have developed as a group that shops its values that centre on good nutrition and protecting the environment. One of those values is eating more natural, less processed food."

Mr Rudolf told that buying 'more naturally produced' grassfed beef was one way to for millenials to demonstrate the values of their generation.

"When we think about grassfed beef we have an image in mind," said Mr Rudolf, whose company Foodservice Connections also works with Meat and Livestock Australia to help grow the grassfed beef market in America.

That aspirational buying power is considerable. Exports of Australian chilled grassfed beef have grown to 60,000 tonnes in the past 10 years and can continue to climb.

Interestingly, millennials - or Generation Y are they are sometimes called - were less locked into buying locally-produced beef.

Fresh produce still has a strong local pull, but the health benefits and environmental responsibility attached to grassfed beef can outweigh the food miles surrounding where the beef was produced, he said.

US meat retailers - predominantly supermarkets - now offer a range of grassfed beef from Australia, New Zealand, Uruguay and the US. However, it was Australia that major retailers and restaurant chains identified as being the most reliable supplier of grassfed beef.

Mr Rudolf said there were generally three factors at play.

"Number one is nutrition," he said. "People want a better diet. They want food which is simple".

"Grassfed beef is intuitivity healthy. It fits in well with the idea of whole grains and fresh produce which automatically have, like a halo of health."

He said the grassfed beef market was also being driven by economics.

"The price gap between grassfed and grainfed has reduced," he said.

"People will only try it if it is accessible. Previously, grassfed beef was perceived to be for rich people. Now people that perceive grassfed beef is healthier can easily access the product."

"It's visual and evocative. It's the bucolic image of cows in the field," Mr Rudolf said.

"They are shopping their values and importantly for Australian beef producers they are gaining in buying power.

"Think of it as the price of entry to work with millenial consumers.

"Their values are central to their buying habits and that is where they will direct their consumer dollars."