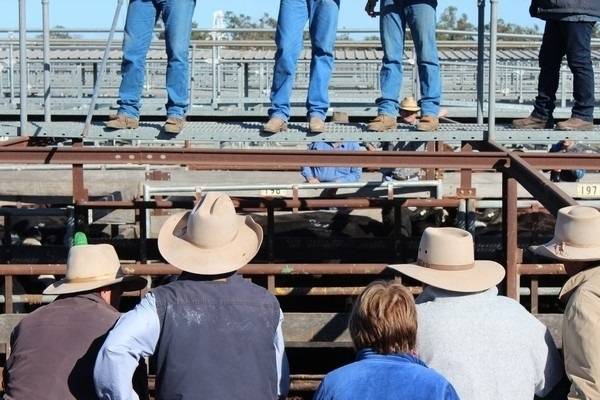 The benchmark indicator stacked on another 9.5 cents or 1.4 per cent on last week's record price.

The market is now an impressive 225c or 34pc above the same time last year.

"We're starting to see signs could be getting close to the top of the market," Mr Birch said.

"That said, every time we think we are getting near the top the market takes off again.

"Even if we do see some sort of correction, I do not think it will be a drastic one.

"What I am sure of is that everyone would rather have a sustainable market rather than going through peaks and troughs." 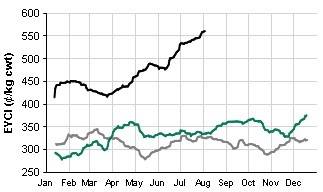 The eastern young cattle indicator has climbed to 561c/kg cwt.

Mr Birch said while saleyard numbers were well up, a lot of cattle were being sold that would have usually been sold direct to meatworks later in the year.

"We have never seen the cattle market rise so far, so fast," Mr Birch said.

"It makes everyone wonder where the market would be if we had a generally good season and not so much extreme drought.

"Unless something comes out of left field the market will continue to driven by meatworks trying to find cattle that are not there."

Selling is underway at today's weekly Roma store cattle sale. About 10,600 head have been yarded.

"The market is certainly stronger today probably because there are slightly better quality cattle compared to the past couple of weeks," Mr Bunyard said

"What is noticeable is that regardless of how many teeth the 500kg-plus steers have they are making 270-280c/kg live."