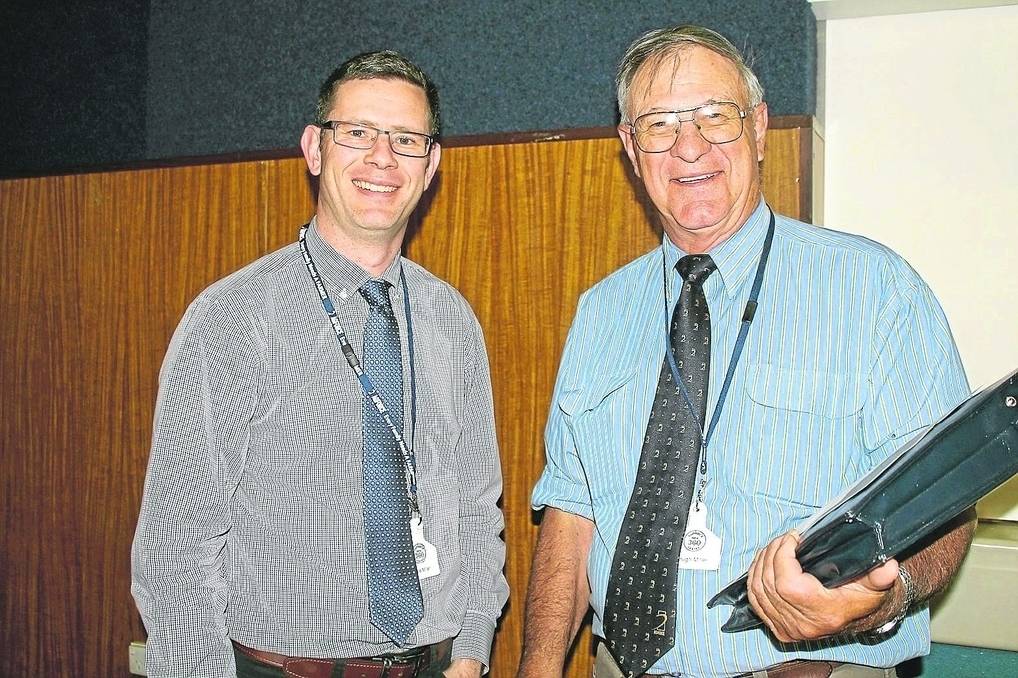 VETERINARIAN and wildlife ecologist Dr George Wilson ramped up the challenge factor for attendees at the AgForce 360 Series at Charleville last week.

VETERINARIAN and wildlife ecologist Dr George Wilson ramped up the challenge factor for attendees at the AgForce 360 Series at Charleville last week when he made the controversial suggestion that regional wildlife conservancies were the answer to Australia's out-of-control kangaroo population.

Existing examples from other countries - Scotland's landholder ownership of their red deer, and the management of springbok in South Africa - were used to show how national icons like kangaroos can be effectively owned and managed by landholders working with governments and processors.

It was a topic that was always bound to be controversial - the kangaroo is widely viewed as a menace that is ruining properties and needs to be removed at all costs - but Dr Wilson said people came up to him after his presentation to say his idea made a lot of sense.

"I've worked in this area since the 1970s and I've come to see that if you want to conserve something, you've got to give it a value. While we continue to regard kangaroos as a pest, we won't get ahead."

Dr Wilson said he had been surprised by the level of hatred people had for kangaroos, and said it was a mindset that needed to change, for change to happen.

"If roos become more valuable than cattle or sheep, then the incentive is there to have less cattle or sheep - that might be a way to manage total grazing pressure."

"The kangaroos on your properties are worth a lot of money, even today. In 2013, Queensland's population was estimated at 32 million - that's a value of $400 million - but graziers rarely benefit despite carrying a huge resource."

He challenged the graziers at Charleville to see themselves as partners with industry and work to increase the value of kangaroos so they become a property asset, much as goats have become.

The basis of the idea is already in operation at Mitchell, where the Maranoa Kangaroo Harvesters and Growers Co-op is based, but Dr Wilson said it wasn't focused on raising the value of the product.

"It's a structure in place but it needs support - there isn't a specialist driving it and the grazier element has been missing, so there're no views about improving the quality of the product."

A body such as Landcare, a regional NRM group or one of the wild dog management groups being set up is the vehicle Dr Wilson would like to see working on marketing and branding, quality control and value-adding. Government involvement should continue via licensing responsibilities.

Lots of questions followed Dr Wilson's presentation, including how country could be rested, how a brand could be developed outside the current processing sector and the length of time needed to bring something to fruition.

Developing human consumption markets had been an answer given 15 years ago, Charleville grazier Alan Hirsch said, but people did not want to eat kangaroo meat.

"The bottom line is, it's pet meat.

"The proposal is commendable but it's very long term.

"We don't have time - the only way ahead is to open up quotas and work to pet-meat standards."

Dr Wilson responded that if that approach were going to work, it would already be working.

"That approach has no mechanism to tell the age, sex or quality of what you're eating. It's where the beef industry used to be. The macropod industry needs a much better management regime."

To the challenge of working outside the current processing industry, Dr Wilson's answer was the power of a group.

"You have a monopoly over what they want. Yes, it suits them nicely to have free access to a resource."

He concluded by urging AgForce to support regional kangaroo-management trials, and ultimately develop a brand, otherwise Queensland producers could be faced with the scenario of having the same conversation in 30 years.

In a healthy industry everyone - producers, processors, shooters - needs to be profitable, he said, adding that the co-op idea enhanced that.

"I understand negative responses - people are sick of roos and their total grazing pressure is being compromised. Sometimes it blurs your vision."

More than 100 delegates travelled to Charleville to hear this idea and many others touching on everything from negotiating with banks, accessing opportunities in the goat industry, surviving debt and succession issues.

AgForce CEO Charles Burke said the speaker program at Charleville was one of the best offered at any regional agricultural event.

"The speakers we had at Charleville were designed to spark important industry discussion and debate, while having an overall positive and proactive tone," he said.

It was preceded by a SW regional dinner at historic Corones Hotel, where attendees laughed and cried at the bittersweet words of guest speaker Robin Moore.

An in-demand speakers, Robin is known as the voice of various characters in the radio show How Green Was My Cactus, as well as the voice behind Blinky Bill, and she lived up to her promise to turn dinner guests 360 degrees in their thinking.