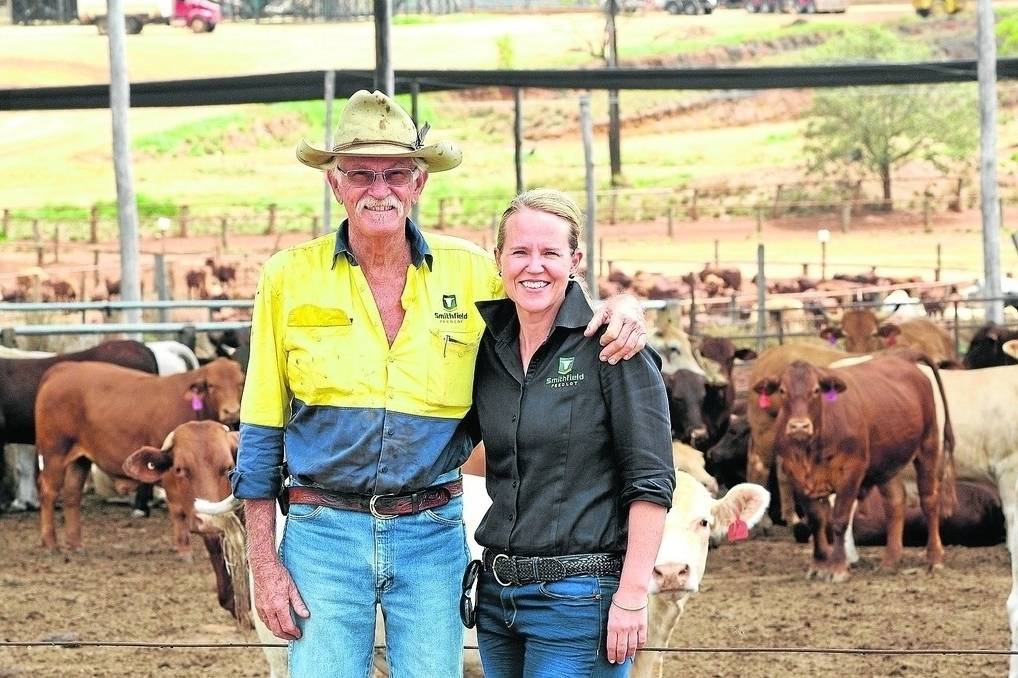 ALMOST two decades after the late Pat Dempsey handed them their first Woolworths contract, Proston's Shearer-Smith family have taken out the inaugural Pat Dempsey Memorial Prize for Woolworths Livestock Supplier of the Year.

ALMOST two decades after the late Pat Dempsey handed them their first Woolworths contract, Proston's Shearer-Smith family have taken out the inaugural Pat Dempsey Memorial Prize for Woolworths Livestock Supplier of the Year.

Mr Dempsey died in February but had enjoyed a 25-year career with Woolworths and was widely regarded for his work in building the company's cattle supply chain.

Trading as Smithfield Cattle Company, the Shearer-Smith family operate a 20,000-head feedlot at Proston that supplies 400 head for the Woolworths supply chain each week.

"Pat gave us our first Woolworths contract 18 years ago and I think he was very much responsible for the quality systems that Woolworths have in place today," he said.

"Woolworths had to change very little to get the majority of their cattle to comply with MSA standards and I think it was the systems and supply chains that Pat had in place that made that possible."

Mr Shearer-Smith accepted the honour on behalf of his family at a special awards ceremony in Sydney late last month. Being on stage with some of the biggest names in global business was humbling, he said.

"When you go to these awards you have massive companies like Coca-Cola and Johnson & Johnson on stage so to be up there gaining recognition for what we do is very special," he said.

"We are delighted to have been recognised for the effort and energy that we put into this contract every day. When you are doing big numbers of cattle it's sometimes hard to get all the little things right but that's what our staff strive to do every day."

Mr Shearer-Smith's sister, Barb Madden, who is the Smithfield Cattle Co financial controller, said the award was recognition of the close ties between her family's cattle business and Woolworths.

"We have a long and proud history of working alongside Woolworths and have found them to be very supportive of our family business," she said.

Woolworths national beef procurement manager Brett Thompson said Smithfield Cattle Company stood out from other livestock suppliers because of the "can do" attitude of its management and staff. "As a family-owned company, they have a commitment to get the job done and their ability to adapt to any situation or need that arises and it's great to see them recognised for that," he said.