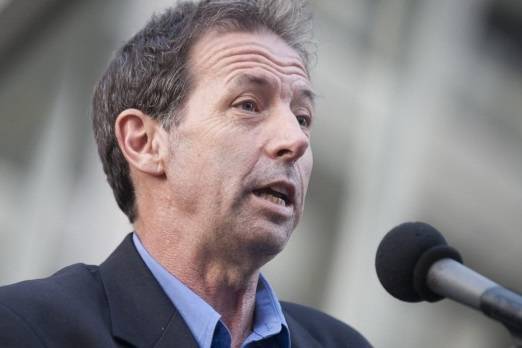 THE LNP's Strong Choices plan will have an "adverse impact" on the state's fiscal position and cost Queensland $9 billion by 2020, gifting only a temporary sugar hit, economist John Quiggin said, labelling it "misleading".

A professor of economics at the University of Queensland and ARC Laureate Fellow, Professor Quiggin reviewed the government's "final plan" regarding Strong Choices and said it did nothing to convince him that privatisation of the state's assets would be good for Queensland.

He said his review concluded $18 billion of the $25 billion set aside for debt repayments from the expected $37 billion raised through the plan would go towards paying off debt from the government-owned corporations, which was currently being serviced by the earnings of those enterprises.

"So only $7 billion comes off general government debt," he said.

"A GOC debt, like that from a company like Energex, is paid out of Energex's earnings, so there is no cost to taxpayers, and we have an asset. A general government debt is used to finance things like schools and hospitals and has to be paid for, has to be serviced out of tax revenue."

"Even Professor Quiggin admits debt is a problem and he's very clear in his view that higher taxes for Queensland families is the answer," he said.

"This report challenges Labor to say which taxes they increase in order to pay down debt.

"After six days of campaigning we still haven't seen any detailed costings or economic plan from Labor. Uncertainty and chaos seem to be the hallmarks of their promises to date."

Professor Quiggin said the assets earmarked for privatisation – labelled a long-term lease by a government desperate to avoid the word 'sale' in its campaign materials, currently provide $1 billion a year to the state, a figure he said would grow. By comparison, he estimated interest savings to the general government sector would be between $200 and $300 million a year.

"The majority of net proceeds are allocated to non-commercial infrastructure investments and subsidies for electricity consumption," he concluded in his report.

"Only around $7 billion will be available to repay general government debt.

"As a result, the interest savings from privatisation fall far short of the foregone dividends and tax equivalent payments. The loss will grow over time.

"Based on the government's own projections of GOC earnings, the adverse impact will be around $2 billion a year by the end of the forward estimates period.

"The [Strong Choices] Plan will reduce the government's net worth by $8 billion to $10 billion over the same period.

"The claimed job creation benefits are temporary and far outweighed by previous cuts.

"Public expenditure, including the provision of non-commercial public infrastructure, must be financed primarily through taxation. Governments that evade this reality are exhibiting weakness, not strength."

Premier Campbell Newman is set to announce infrastructure promises on the campaign trail on Monday.

Professor Quiggin has long argued the privatisation of the state's assets does not make economic sense, an argument he also made when the Labor government off-loaded assets including QR National.

He referred to the $3.4 billion cost of living fund as "political pork barrelling".

"The problem is particularly severe when the source of finance is a pot of 'free money', such as the proceeds of asset sales, which can be allocated without going through normal budget processes," he said.

Professor Quiggin said while the government argued that increasing tax revenue, reducing public expenditure or tolerating the debt was not acceptable, "in reality, asset sales and leases make little difference to the fiscal positions of governments", even when optimally managed.

"When the proceeds are dissipated on politically motivated projects, as in the present cases, privatisation makes governments worse off," he said.

"... Unfortunately, successive Queensland governments have maintained the fiction that we can be a low-tax state while still providing the same public services and high-quality infrastructure as other states.

"Until this delusion is abandoned, we will experience financial difficulties whenever government revenue experiences one of its regular cyclical declines, as is happening at present."