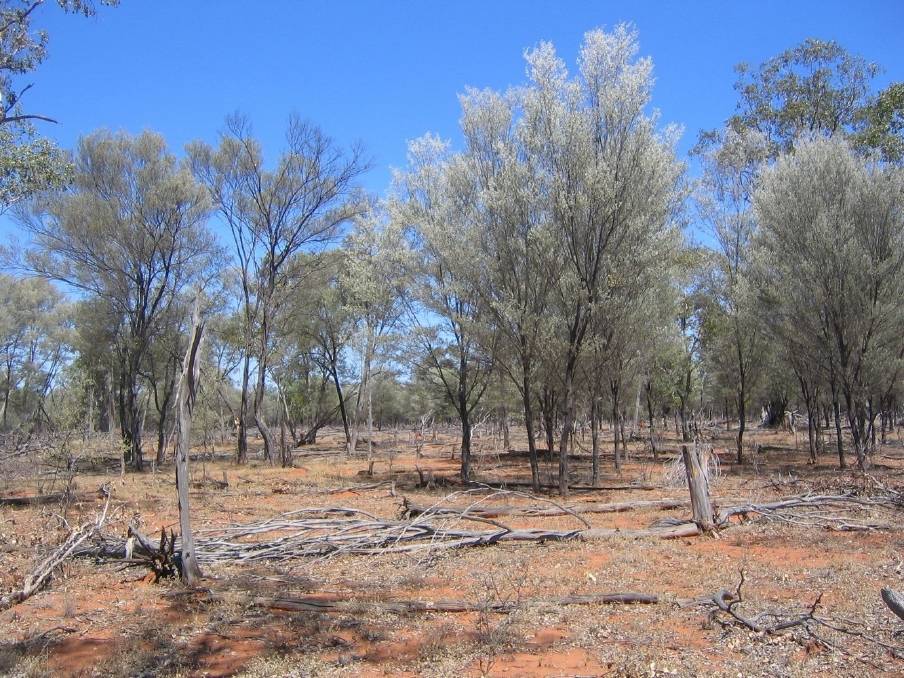 Landholders say they fear changes to the vegetation management laws.

Rural landholders say the ongoing, devastating drought is likely to have resulted in an increase in the amount of vegetation managed in the past year.

Rural landholders say the ongoing, devastating drought is likely to have resulted in an increase in the amount of vegetation managed in the past year.

AgForce president Grant Maudsley said he expected the use of mulga as a fodder reserve for sheep and cattle in hard-hit South West Queensland would be a larger than usual contributor to overall vegetation management rates for the 2013-14 period.

The Queensland Government's Statewide Landcover and Trees Study (SLATS) is not scheduled to be officially released until August.

However, it is understood that the SLATS assessment group is currently assessing raw figures suggesting could be high as 275,000ha in 2013-14.

Queensland has a total land area of 173 million ha.

Mulga is a regenerating native acacia shrub that has long been recognised as an invaluable feed for livestock. Like other woody species, if left unmanaged, mulga thickens in the landscape over time, severely limiting pasture production.

Despite the recent rains and coastal flooding, more than 80 per cent of Queensland remains officially drought declared.

Adding to the concern is that many areas are now facing their third failed wet season.

Landholders say they fear extremist environmental groups will use the raw figures currently being assessed by SLATS to pressure the Palaszczuk Government to introduce new restrictions on vegetation management.

Premier Annastacia Palaszczuk signalled during the election campaign that her government would wind back reforms made by the LNP to the Vegetation Management Act if elected.

Landholders say it would be irresponsible for any decisions to be made on vegetation management before a full interpretation of the SLATS report was made.

Only then would a breakdown where and why vegetation had been removed would be properly understood, they say.

In addition to the control of regrowth of freehold land, the SLATS figures will also include clearing for more than 550km of gas pipelines and associated works, mine sites, forestry practices, and urban housing developments.

It is also expected to include changes in vegetation caused by natural events including drought, cyclones and fire.

Mr Maudsley said the new Queensland Government needed to work out how it would manage high value agriculture.

"We need to have that discussion pretty quickly," Mr Maudsley said.

Mr Maudsley said a priority was to have some of the new Queensland Government ministers including Agriculture Minister Bill Byrne see the impact of long term drought on the Longreach and Winton districts.