IT HAS been a long and varied career, but Queensland Country Life stalwart Chris Barrett says above anything else, it has been a great ride. 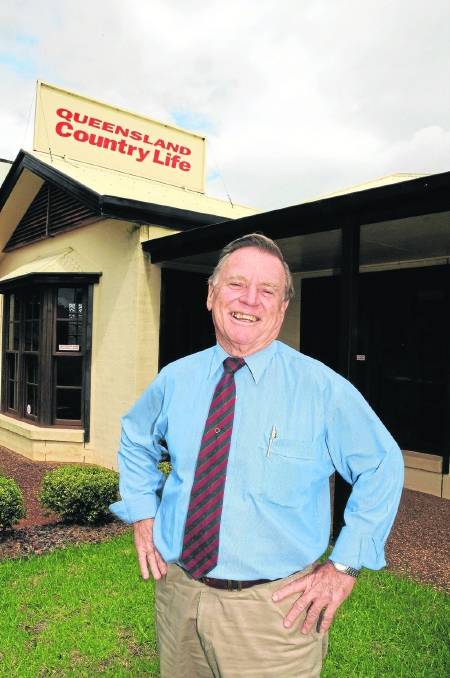 Queensland Country Life's Chris Barrett is moving on from the advertising sector after 20 years of service.

IT HAS been a long and varied career, but Queensland Country Life stalwart Chris Barrett says above anything else, it has been a great ride.

Chris, who turns 73 in October and retired after 32 years in the newspaper industry on April 10, said despite the massive changes in the publishing industry, his approach had never changed.

"Its all about service - getting to know your client," Chris said.

"I learnt very quickly that is was essential to get each client into the right part of the paper.

"If they are selling trucks, you need to get them in the part of the paper where the people who buy trucks spend most of their time reading the newspaper.

"A lot has changed in the way we prepare ads, but it has always been and will always be a people business.

"I have always been aware that it is all about delivering what the client wants."

The approach has worked well.

Chris can rattle off any number of long-term clients, including the three generations who have controlled the David Evans farm-machinery group.

"I've worked with David, Robin and now Kurt Evans. It has always been about getting the result for the client. If you get that right, the rest all falls into place.

"I like to think I am a client man before I am a company man."

He later became the manager of Gatton, Roma and Dalby newspapers, and worked on the Toowoomba Chronicle.

However, it was the attraction of working with businesses servicing rural industry that prompted Chris to join the Queensland Country Life team in 1994.

In addition to working on QCL, Chris has been a mainstay of Fairfax Media's large number of agricultural publications, including a number of interstate publications.

One of the highlights of his stellar 20-year career with QCL was being named the company's salesperson of the year for 2006-07.

"One of the real pleasures of this industry is it has created friendships all over the country.

"You spend a lot of time getting to know people and that has led to some great friendships."

The Barrett family moved to Toowoomba from their 11,000-hectare property Merryinong at Goodooga in far western NSW in 1982.

"I love the bush and particularly love that part of the world.

"But we had three children to educate and Toowoomba has the best schools in Australia.

"It was only luck that I was able to become involved in newspapers and I've never looked back since."

Chris said he planned to travel with his wife Kaye during retirement, including a trip to Leopold Downs in the Kimberley to catch up with nephew and mustering contractor Patrick Barrett and their 19-year-old grandson Clancy.

He will also continue his twin hobbies of furniture restoration and metalwork. In addition, he will put his practical skills to use in his cousin Michael Prentice's caravan-repair business in Toowoomba.

"Why stop? There's plenty more to do yet."