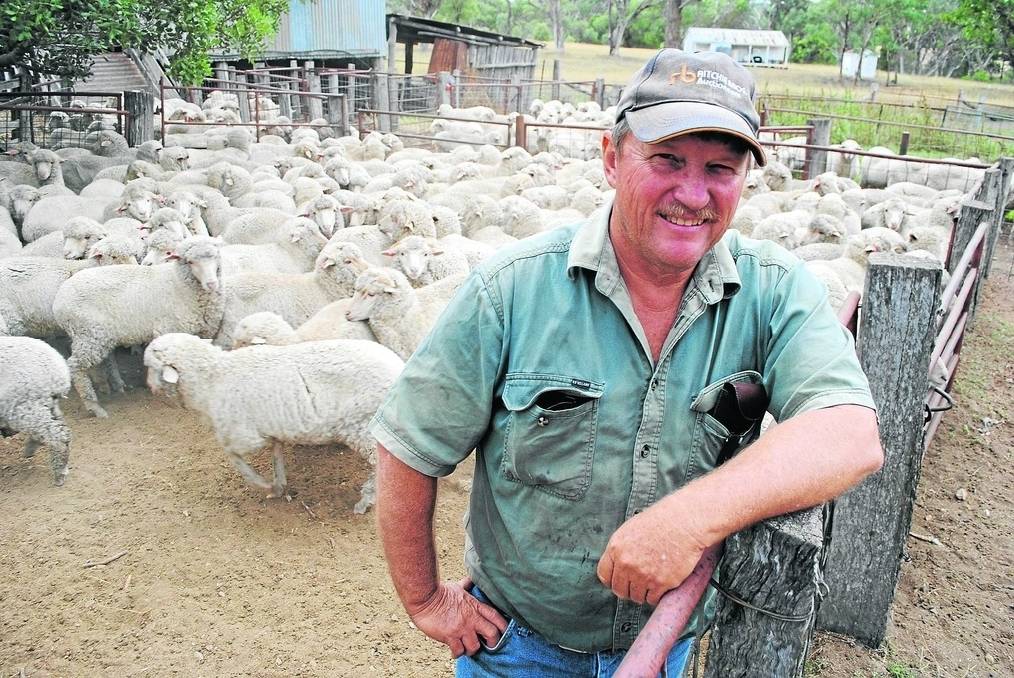 Using a toolbar fitted with two Gessner shanks and ploughing at a depth of about 200mm, Mr Sissman is ripping furrows across the medium to heavy clay soils with the specific aim of slowing and trapping rainwater on Tummarrami, a 2146-hectare grazing property at Cement Mills, west of Warwick.

"The difference it has made has been terrific," Mr Sissman said.

"Water was still coming out of the hills for a week after it rained in the country we ripped.

"In the unripped country, the water flowed down the gullies and was all gone in a day or two.

"The real difference is in the density of the grass. The ripped country now just has a heap more dense feed."

"We can travel about 4 to 5km/hour in most of the country. The hard clay pans will have all the wheels spinning and back to a speed of probably less than 1km/h but we still get through."

Ploughing any deeper than 200mm would result in striking too much rock, Mr Sissman said.

The toolbar was built by Mr Sissman's eldest son and qualified boilermaker, Bevan, using about $1000 worth of steel.

"Fortunately, we were able to pick a couple of old shaker-box seeders out of the dump.

"We'll use those boxes to plant premier digit grass and green panic."

The country was ripped at the end of 2014, prior to the start of drought-breaking rains in late December.

The country is likely to be ripped again towards the end of this winter.

The plan is to follow the same ploughing pattern, but to run the tynes down the centre of the existing rip lines.

Rubber-tyred wheels were fitted to the toolbar to prevent the tynes digging in. The ripping is being backed up with slashing.

"This country will grow plenty of grass when there is rain like there was this summer.

"The challenge then is how to manage the standing feed and particularly lamb wethers. They can literally get lost in the grass to the extent they can't locate the watering points.

"By slashing we're opening up the pasture so the young sheep can better utilise the feed, and allowing them to more freely move around the paddocks.

"It also creates a lot of mulch, which hopefully will provide more protection to the pasture during the extreme frosts."

Mr Sissman said slashing was also a great way to assist in achieving a successful muster.

"Once the sheep get onto a slashed track, they will usually follow it.

"Without the tracks, we really can have a lot of trouble getting young wethers out of the paddock."

The latest mob of 680, six to seven-month-old unshorn wether lambs were bought from Brewarrina in western NSW for $48.40/head and landed at Tummarrami for $5.72/head.

"We should get six shearings out of these wethers.

"They do need a fair bit of TLC being lambs, but we think wether lambs offer the best long-term value."

Interestingly, buffel grass is also being trialled as a pasture species on Tummarrami.

"It's always been said it's too cold here for buffel.

"But the frosts here are no more severe than those at Injune.

"It will be interesting to see if buffel will acclimatise, as it has done in the Arcadia Valley."