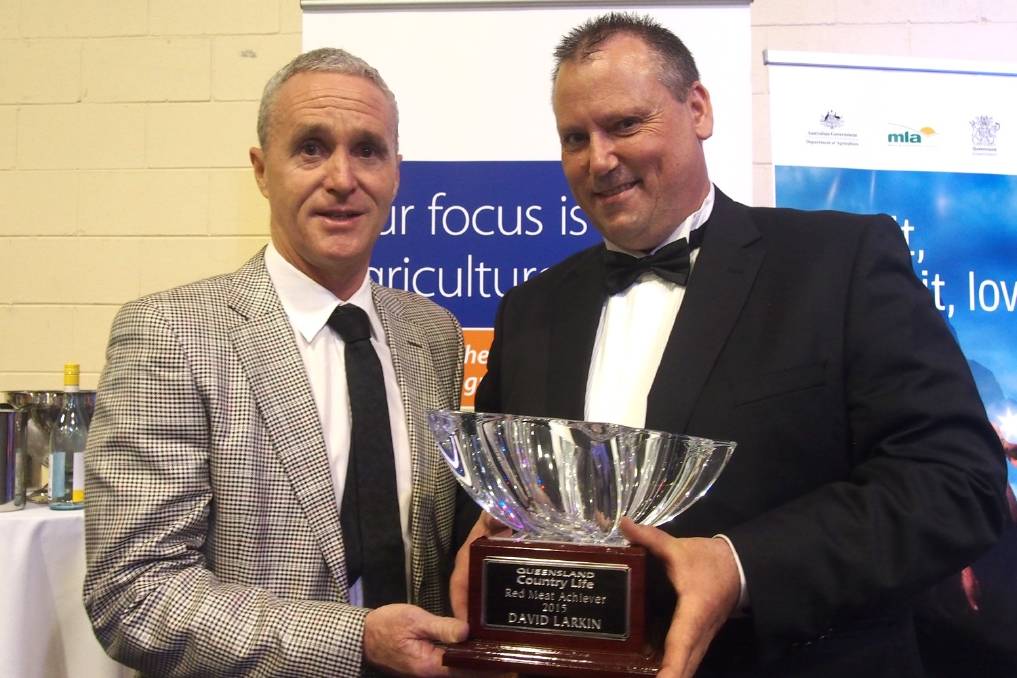 Mr Larkin, who processes 3000 cattle a week through his company Atron Enterprises, at plants in Casino, in northern NSW, and at Grantham and Caboolture, said he was humbled to receive the award.

"What I do is represent the beef industry and I reckon that is just as bloody good."

Mr Larkin holds a number of high level industry positions including chairing the Australian Meat Industry Council and the National Export Beef Council and is joint chair of the Industry AQIS Strategic Planning Group. He is also an Australian Processor Council board member, a member of the Ministerial Advisory Group - red meat market access, and a representative of the AusMeat-Standards and Language Committee.

Mr Larkin said it was the most exciting time in the beef industry because Australia was the best country in the world at red meat production and processing.

"There is only one other product that has had more consumer product testing than MSA and that is Coca-Cola," Mr Larkin said.

"We have the language right for beef."

Mr Schulz, 32, said he saw the role of the ambassador was about being passionate and enthusiastic about agriculture.

"To be honest I think anyone involved in agriculture is probably already an ambassador."

Mr Schulz has been a farm manager for the past 15 years, taking on the role when he was still in Year 12 in high school when his father passed away.

He and his wife Penny run 150 cows and 800 Merino breeding ewes on their 840-hectare farm near Meningie, about two hours south east of Adelaide. He is also the chairman of the Limousin South Australia breed society and a Limousin Australia board member.

Mr Schulz said he was particularly excited to be able to participate in the Rabobank farm management program.