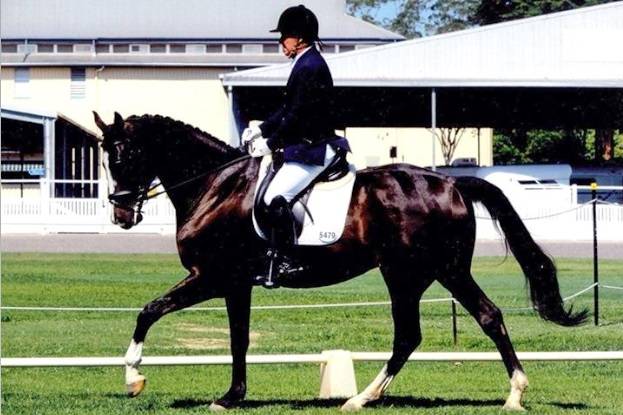 UPDATED 2.40pm: POLICE are investigating a fire that damaged a horse stable early this morning in the central Queensland town of Calliope.

UPDATED 2.40pm: POLICE are investigating a fire that damaged a horse stable early this morning in the central Queensland town of Calliope.

Unfortunately, Warmblood dressage horse, Edenfield Santorini, was inside the stable and died, while its owner Gregory Brown, believed to be in his early 50s, received minor burns attempting to save it.

Edenfield Santorini was valued at $35,000, and police currently believe the fire was suspicious.

Mr Brown was transported to hospital to receive treatment for his injuries.

In a statement on his Facebook page, Mr Brown said he was in shock and disbelief over the tragic accident.

"My stable block was engulfed in fire and sadly Theo (Edenfield Santorini) perished in the fire," he said.

"All my efforts to save him were in vain. I have burns to forehead, hand and feet. I am ok."

"Gregory is pretty distressed as you would image, they were a great partnership and it is a big loss to the dressage world," Mr Finch said.

"Gregory is well known on the show circuit firstly in showjumping, and more recently concentrating on dressage."

The cause of the fire has not yet been determined.

A crime scene has been declared while investigations are conducted.

Police are appealing for anyone who may have witnessed anything suspicious in the area at the time to contact police.