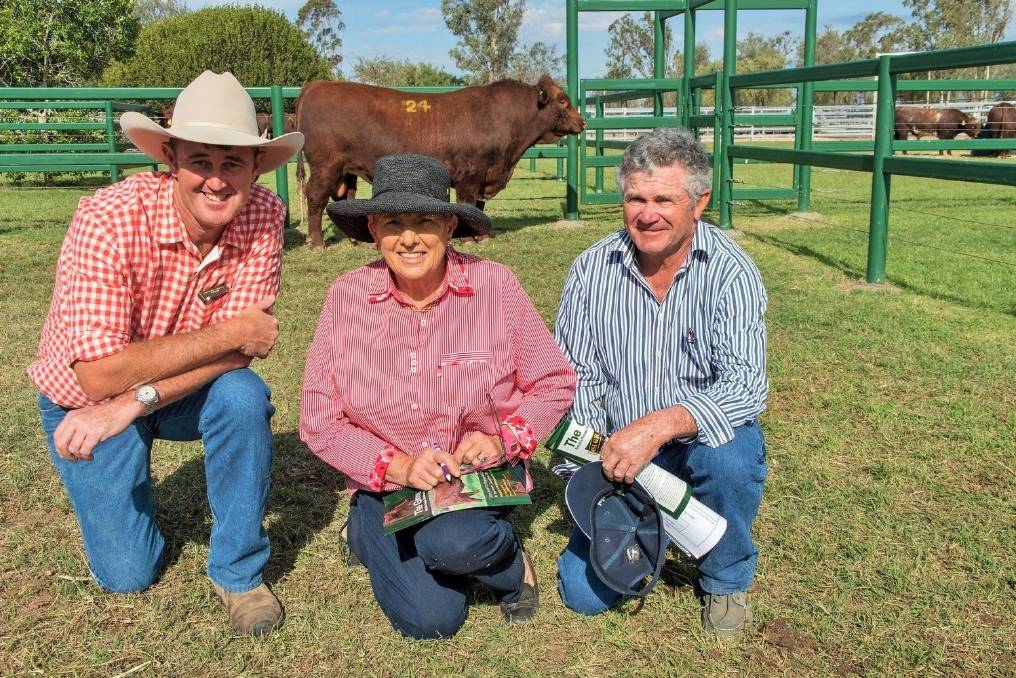 The Grove Gigabytes J0837 sold to Sprys Shorthorns, Wagga Wagga, NSW, and Arubial Shorthorns. Gigabytes weighed in at 960kg and sits in the top one per cent of the breed for the MSA-B2 index.

"He is a bull really well suited to producing progeny to excel in the MSA or high end beef production systems," Mr Spry said.

"He has great cover combined with top of the tree IMF and a fantastic disposition. He should really drive genetic gain in our industry with the quality traits he exhibits."

The under-bidder on Gigabytes was the Munro family, Weebollabolla Shorthorns, Moree.

Second top price of $45,000 was paid for The Grove J0110 which was bought for another prominent Shorthorn herd, Yamburgan Shorthorns, Narrabri, NSW. The solid red polled sire was also ranked in the top 1pc of the breed for the MSA-B2 Index.

The third top priced bull at $19,000 was was another polled red sire who was bought by Lanstal Shorthorns, Pinjarra, WA, who were the under-bidders on the Lot 6 sire as well. The bull ranked in the top 5pc of the breed for the MSA-B2 index and will be used heavily in Lanstal's large performance recorded herd.

The Grove co-principal Spencer Morgan was extremely pleased with the results.

"It was a very satisfying day to have such wonderful support from the long time users of our genetics and also to see some new faces using The Groves genetics for the first time," Mr Morgan said.

"We can now hope these bulls go and do the job for their new owners and that the resulting progeny will be offered to market at prices similar to today's."