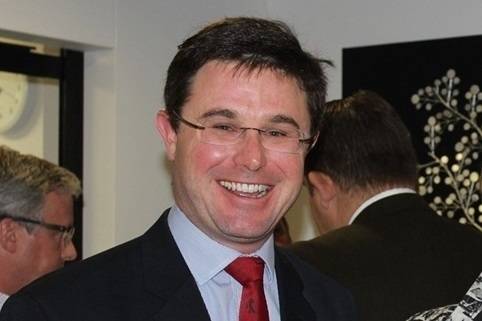 Toowoomba bank manager David Littleproud is among those touted to nominate for pre-selection for the seat of Maranoa.

SPECULATION is mounting about who will stand for pre-selection in the seat of Maranoa, following news of Bruce Scott's retirement.

SPECULATION is mounting about who will stand for pre-selection in the seat of Maranoa following an announcement from the sitting LNP member, Bruce Scott, that he won’t seek re-election in 2016.

Mr Scott has held the federal seat of Maranoa for more than 25 years and news of his retirement has sparked a rash of tributes from LNP party faithfuls this week.

Among those touted to nominate for pre-selection in the safe seat are Toowoomba bank manager David Littleproud and Roma based Maranoa councillor Cameron O’Neil.

Maranoa Mayor Robert Loughnan, who nominated for pre-selection for the LNP in the state seat of Warrego last year, said he was still undecided as to whether he would stand.

“I’ve got the nomination forms and I’ll see who comes out and nominates in the next few weeks,” Cr Loughnan said.

“My main concern is the quality of representation. We need someone who will create a new way forward – someone who is committed to the stakeholders of the region.”

Western Downs Regional Mayor Ray Brown has confirmed he will not be nominating.

“I resigned from the LNP at the end of last year so the chances of me nominating are between zero and Buckley’s,” he said.

Cr Brown declined to speculate about who would be nominating.

“It’s a very big seat and there will be many people from right across the region and all walks of life I would think,” he said.

“Bruce Scott has done an enormous job but after 25 years this is a good opportunity to have a new face to drive a vision for our region.”

Voters are unlikely to know who the LNP candidate will be before early October.

A spokesperson for the LNP said the nomination period had been extended until August 28.

Nominees must then pass the standard applicant review process before the LNP publicly confirmed the successful nominations.

LNP members in the federal division of Maranoa will then vote in a plebiscite to select the new candidate.

“That wouldn’t be before late September or early October,” the spokesperson said.

“There is strong interest from potential candidates – there is certainly lots of speculation out there.”